Your field guide to alien invaders

Slide show: They came from outer space ... but why? We look at cinema's rich history of extraterrestial menace 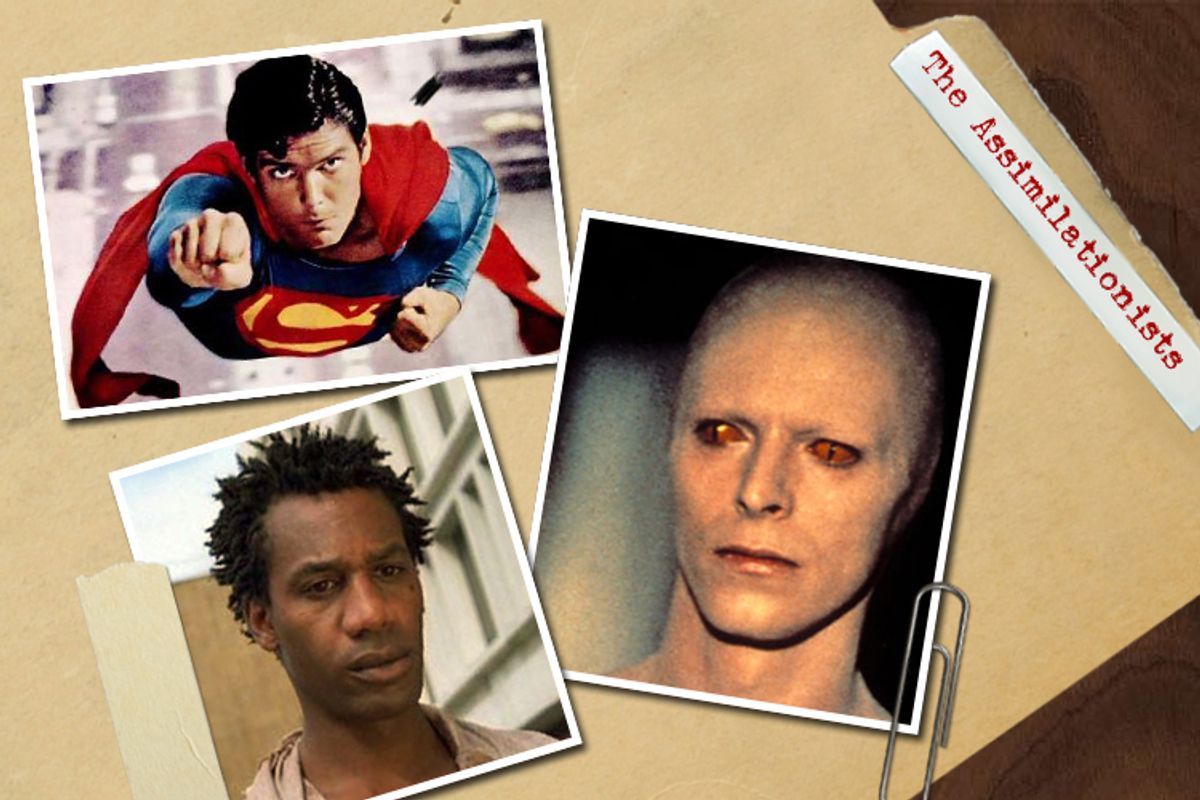 They arrive in silver saucers, sun-blotting mother ships and boiling thunderclouds. They rise from beneath the earth in mechanized tripods and zap every human in sight. They fry our cities, starting with beloved downtown landmarks, and then work their way out into the suburbs and country towns. They live among us, infiltrating our institutions, businesses and bedrooms and treating human bodies as disguises, sock puppets, even incubators. Mostly they terrorize us. Sometimes they study us. Once in a great while, they help us evolve.

They are extraterrestrial visitors. Without them, popular culture would be a far less interesting place, and certainly a lot less gooey.

In dubious honor of "Battle: Los Angeles," the umpteenth blockbuster film in which space creatures trash major cities, Salon presents a handy field guide to extraterrestrials as seen in films and TV shows.

We've confined ourselves only to creatures that have spent quality time on Earth; thus no mention of "Starship Troopers" or the "Alien" films. If we've left out any horrifying, ennobling or otherwise fascinating beings without good reason, please let us know by posting a comment, or by sending a protest transmission via intergalactic wormhole.