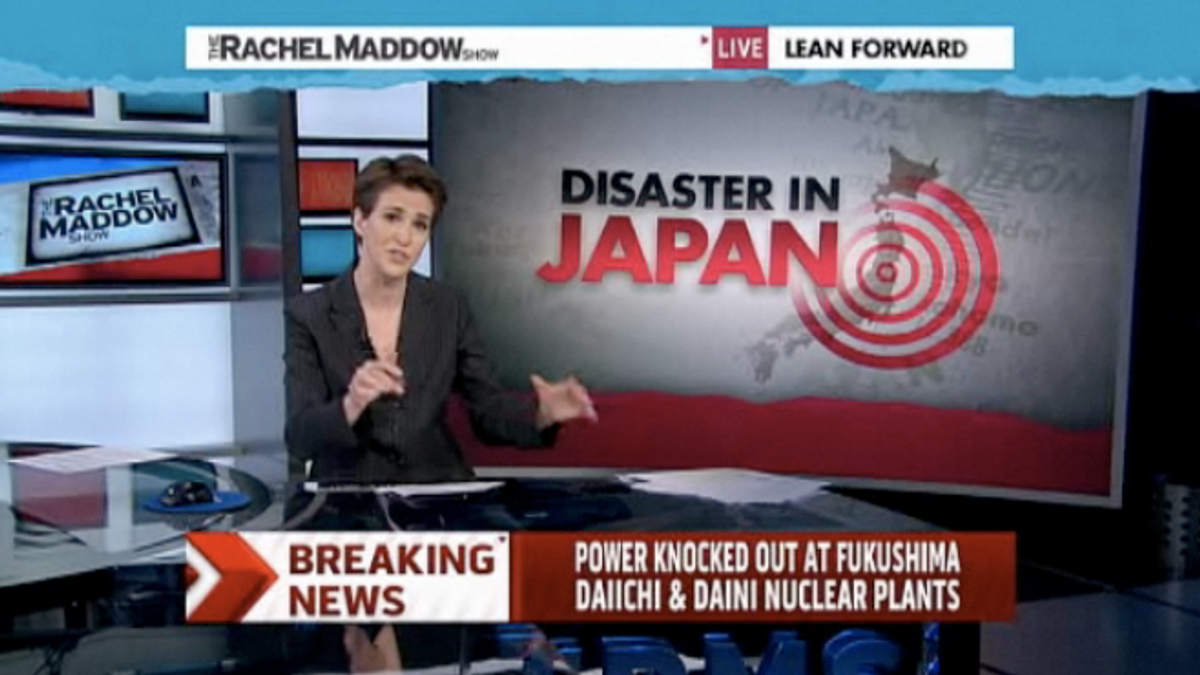 The world watches with rapt attention as the disaster in Japan stretches into its second day. What began as shock and concern for those impacted by yesterday's 8.9-magnitude earthquake, and subsequent tsunami, was quickly displaced by mounting fear that the island nation could be on the brink of a nuclear disaster. A massive explosion rocked the Daiichi Nuclear Power Station in Fukushima early this morning, raising concerns of an imminent meltdown. Officials say the reactor was not affected by the blast, and radiation levels are now decreasing. However, it's still unclear how great the threat of nuclear emergency is.

That in mind, Rachel Maddow devoted a portion of her program last night to explaining, in lay terminology, how nuclear power plants operate and what could trigger a meltdown. She also brought on physicist Edwin Lyman from the Union of Concerned Physicists to elaborate on the specific threats posed by the situation in Japan.