What Peter King missed this week: How the government should actually fight homegrown terrorism 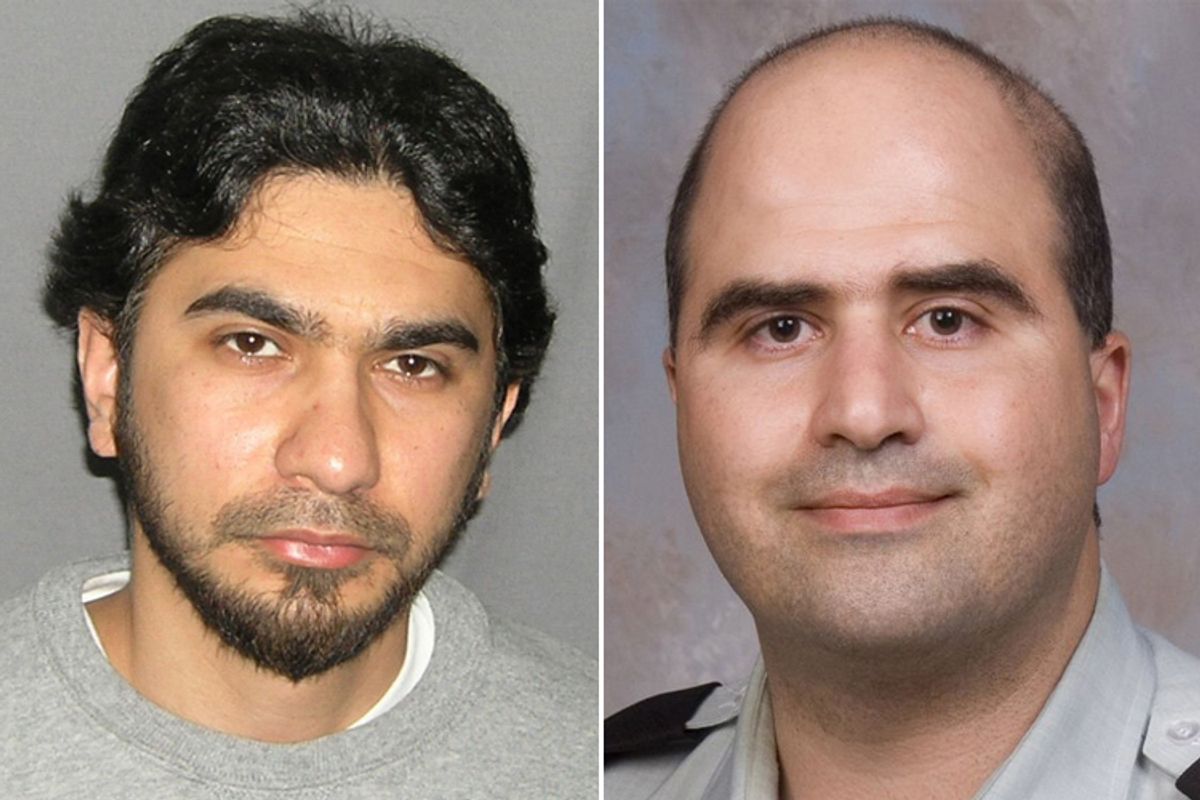 Faisal Shahzad, the man who set a bomb in Times Square, and Nidal Hasan, the Fort Hood shooter.
--

When Rep. Peter King's controversial hearing on Muslim "radicalization" finally convened on Thursday, members of Congress had the opportunity to take some good shots at each other, and the relatives of two Americans who became extremists gave emotional testimony about their experiences.

What the hearing did not feature was any serious, evidence-based consideration of the actual issue of so-called homegrown terrorism by Muslim Americans.

King and other Republicans spent a lot of time going after the Muslim group CAIR and defending themselves from Democratic complaints that the hearing was bigoted. As TPM put it: "Peter King Hearing Focuses On Whether Peter King Hearing Was a Good Idea."

As it turns out, there is rigorous academic work being done on the "radicalization" issue. The Brennan Center for Justice, for example, released a report in advance of the King hearing looking at flaws in the government's approach to combating radicalization and terrorism in the United States. The report concludes: "Radicalization is complex. Yet a thinly-sourced, reductionist view of how people become terrorists has gained unwarranted legitimacy in some counter-terrorism circles."

To learn more about this -- and to find out what the government should be doing to combat terrorism -- I spoke with the author of the report, Faiza Patel. She is co-director of the Liberty & National Security Program at the Brennan Center for Justice. The following is a transcript of our conversation, edited for length and clarity.

Is there a generally accepted definition for "radicalization"?

There are a lot of different ways in which people use the term. People use it very broadly to refer to the process of embracing ideas that are outside of widely accepted religious or political spectrum. So they use it to refer to, for example, Muslims who believe in the restoration of the caliphate. People have used it to talk about Tea Party politicians who have argued that private businesses should be allowed to discriminate. But in the wake of 9/11, the term has been used narrowly to mean the process that leads people -- particularly Muslims -- to embrace violence as a means for achieving political or social change.

Isn't it possible to be "radicalized" without being a terrorist or committing a crime?

I think it's really important to recognize that radicalization as most people talk about it has two components. One is speech and religious activity that's protected by the Constitution. The other component is criminal activity such as preparing for a violent act or raising money for a terrorist organization. That end of the spectrum is worrisome.

What did you find about the government response to this problem?

The response to radicalization has two prongs -- one is an increase in intelligence gathering. The FBI has said it is increasing its own intelligence gathering capabilities and increasing those capabilities among state and local law enforcement. The second part is what it terms "community outreach." That basically refers to its efforts to build ties with Muslim American groups.

What problems do you see in this response?

One of the main things that concerns me is whether or not the two aspects of the FBI's response can actually be paired together. I really question whether, if you have a real intelligence-gathering focus, you can in that context truly build community relations that will allow you to get full cooperation from the community.

So when you say "intelligence gathering," is that commonly understood to mean infiltrating mosques and the like?

The highest-profile examples of it are the mosque infiltrations. You've had some very big cases where you see informants testifying about their tasking by the FBI and also the NYPD. They say, as a hypothetical, "We were told to go into six mosques in the Bay Area and to see what people are saying and doing in those mosques -- and then report back about that." That is sort of the broad-gauge intelligence gathering that many people are very worried about. Secondly, the FBI has authority under new attorney general guidelines to conduct broad-scale research about ethnic communities. There is a lot of concern that that is also being used to target American Muslims.

How do you believe the strategy should change?

There are these very oversimplified theories of radicalization. One is from a 2007 NYPD report on homegrown terrorism. It's this "religious conveyor belt" theory that says there is a defined path toward terrorism: young Muslim men who are socially or politically alienated become progressively more religious; they come to embrace the use of violence; and eventually they commit a terrorist attack or support an attack in some way. What the NYPD has suggested -- and I think the FBI has signed onto this as well -- is that there are markers of each phase. These are primarily religious behaviors. So if a young man stops smoking or stops drinking, maybe that's a sign that he's becoming radicalized and is on the path to terrorism.

This is a very reductionist understanding of radicalization, and it's simply not supported by the social science evidence. Last year the Defense Department did a report on Fort Hood that pointed out that violence is notoriously difficult to predict. We've had a multitude of studies on terrorism -- from the British MI5, the RAND Corporation -- and all of them come to the conclusion that it's really difficult to figure out who is going to become a terrorist based upon these kinds of markers. The troubling thing is that the markers, of course, are all religious behavior.

Do you have an alternative theory, or was your conclusion just that it's impossible to predict who will commit a terrorist act?

Just as we're saying that you shouldn't be looking at religious behavior because that has no basis in social science research, there are things that you should be doing in order to prevent terrorism. And that's focusing on specific preparation for violent acts. There was a recent study from the Institute of Homeland Security Solutions which says that 80 percent of terrorist plots in the last decade were thwarted by normal police work. [Ed. note: More on the study here.] That's what we should be doing in our anti-terrorism efforts: focusing on the basics. That means following up on leads, making sure that information goes to people who need it, and looking for signs of genuine suspicious activity.

Do you believe that not enough resources are being put to those basics right now, or that these other theories are taking away resources from traditional police work?

Do you think Peter King is approaching this issue in a useful way?

It seems to me that Congressman King is much more interested in putting on a show than in really having a serious conversation about radicalization. You just have to look at his witness list to realize that what he's going for is an anecdotal approach to radicalization rather than an evidence-based approach. He's called a doctor from Arizona who is not a counter-terrorism specialist and is not a representative of any significant portion of the Muslim community. He's called two family members of victims. While these people certainly have an important perspective, they're going to give you anecdotes, a snapshot about one case that they know about and were involved in. But there's really deep expertise in the federal government and among social scientists on this issue. The best way for Congressman King to approach this issue is to tap into that expertise and to have a conversation about what the empirical research shows.

So is there a key takeaway from your study?

Yes: Let's be serious about this. If we're going to talk about radicalization, let's look at the evidence that's out there. Let's not rely on stereotypes or preconceived notions about what radicalization is and who is susceptible to becoming a terrorist. The empirical evidence that is available so far is directly in contradiction to the theories that have been put forward by the FBI and the NYPD. So we want to make sure that those theories -- that are unfounded and contradicted by the social science evidence -- are not being used to influence policy.