The Mississippi governor's staff can't put together press clippings without insulting women, Japan, everyone else 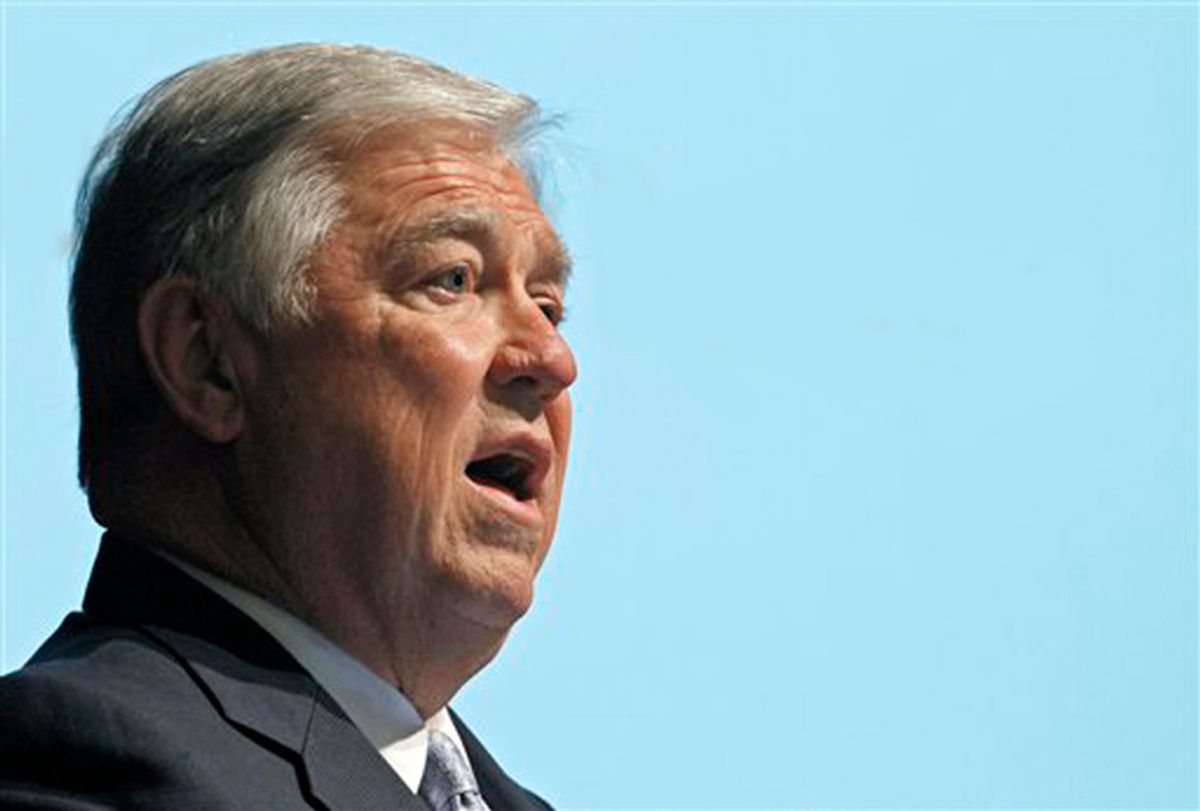 You know that older relative you probably have who forwards awful sexist or racist jokes to everyone in his address book, or obliviously writes offensive comments on Facebook posts? Haley Barbour and his staff are basically that relative, only they are trying to set up a presidential campaign instead of just spending their retirement watching Fox News all day.

Every morning Barbour's press secretary e-mails "a list of press clippings, along with a daily compendium of birthdays, historical notes, and jokes" to the rest of Barbour's staff along with some unidentified other Barbour "allies." And, obviously, the "jokes" on the list are real knee-slappers about how Janet Reno is a man and something about the horrible disaster that struck Japan a few days ago. And that's just from the "on this day in history" section:

Otis Redding posthumously received a gold record for his single, "(Sittin' on) The Dock of the Bay". (Not a big hit in Japan right now.)

In 1993: Janet Reno was unanimously confirmed by the U.S. Senate to become the first female attorney general. (It took longer to confirm her gender than to confirm her law license.)

Ha ha ha! Those are top-quality jokes from Barbour press secretary Dan Turner, who, when questioned about those awful jokes and others, did not even bother to sound embarrassed. Though he did say Barbour doesn't himself receive the e-mails. Not that he wouldn't enjoy them! "His sense of humor isn't so much in the SNL vein," Turner said. Though, wait, maybe that means he doesn't enjoy jokes about Janet Reno's apparently insufficient femininity?