The Japanese will do a better job recovering from their disaster than the U.S. did from its financial meltdown 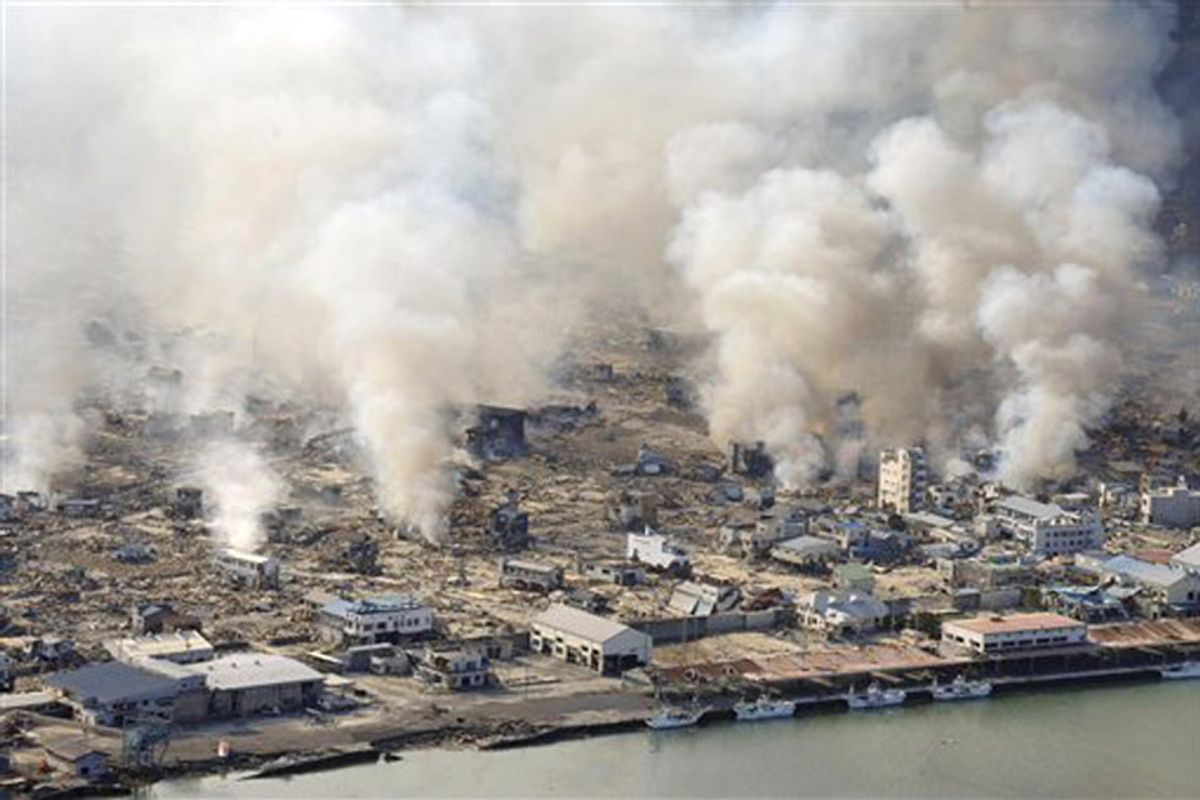 Is it overly callous to even ask the question of what impact Japan's horrendous earthquake will have on the world economy? Judging by the blistering reaction to CNBC host Larry Kudlow's appalling comment that "The human toll here looks to be much worse than the economic toll, and we can be grateful for that," this is territory that demands care.

Kudlow later apologized, saying he had "flubbed" his line. Oops. Maybe he would have been better served by a moment of a silence. As the death toll mounts in Japan and nuclear power plants teeter on the edge of meltdown, worrying about what's going to happen to GDP growth rates -- in Japan, the U.S. or globally -- shouldn't be a high priority.

But even with that mind, there are still some useful lessons to be taken from how Japan goes about recovering from this disaster. There's a kind of consensus opinion on the part of the economists that natural disasters do not pose a significant long term threat to rich economies because governments ramp up spending quickly to repair the damage, creating an automatic stimulus. Japan will be rebuilding a lot of infrastructure. Stock prices of companies that make construction equipment are already rising.

It won't be easy -- the most recent estimation of the cost of "recovery and reconstruction" starts at around $180 billion dollars. That puts Japan in a tough position, because the government is carrying a ton of debt -- in percentage terms, Japan is far worse off than the United States -- which means finding the cash to pay for the rebuilding effort will require a scramble. Bond market watchers are already wondering if Japan -- one of the biggest foreign purchasers of U.S. Treasuries, will curtail spending on bonds while diverting funds to reconstruction. If demand from Japan falls for Treasuries, could that be a catalyst for a broad-based flight from U.S. debt, with all the consequent economic and political fallout that rising borrowing costs will entail? That's the kind of out-of-the-blue danger scenario that no one can predict when cataloguing downside threats to an economy.

But here's the interesting thing. The government is reportedly considering a temporary tax increase to pay for recovery efforts. It's a natural response -- -- when you have a great disaster, you need to fix the problem. The faster you do so, the better off everyone is -- so-called V-shaped economic recoveries are common after destructive events like earthquakes. Absent the emergence of a Japanese Tea Party rebellion, the general public will probably go along with a tax increase. The horrific visuals on every TV screen require such a response.

When we can't see the damage so easily, we handcuff ourselves. We know now that financial crises impose far deeper longterm economic consequences than natural disasters or oil shocks or even wars. Is the fact that there doesn't appear to be a consensus that repairing the damage caused by a financial crisis should be accomplished as quickly and comprehensively as possible the reason why?. The great Wall Street crash of 2008 didn't annihilate towns from the face of map or result in thousands of deaths, but it did put millions of people out of work -- and they're still out of work. We should be engaging with that disaster every bit as forthrightly as Japan will face its own crisis. Nobody sits around and waits for things to fix themselves after an earthquake.

Matthew Yglesias is on point:

The United States is producing a lot less than it could be producing primarily because a large number of people, the unemployed people, aren't producing anything at all. And yet we have functioning office buildings they could sit in. We have factories running at below capacity they could work in. We have trucks and cranes and other machines they could operate. We haven't been hit by an earthquake, our power plants aren't exploding, our roads arenâ€™t blocked by displaced automobiles, we're just not putting everyone to work. That's the very definition of a country with inadequate aggregate demand, and we should be fighting the situation with every tool at our disposal. Instead the debate in congress is about how much short-term spending to cut, and voices slamming the Fed for being too loose continue to be heard louder than those slamming it for being too tight.