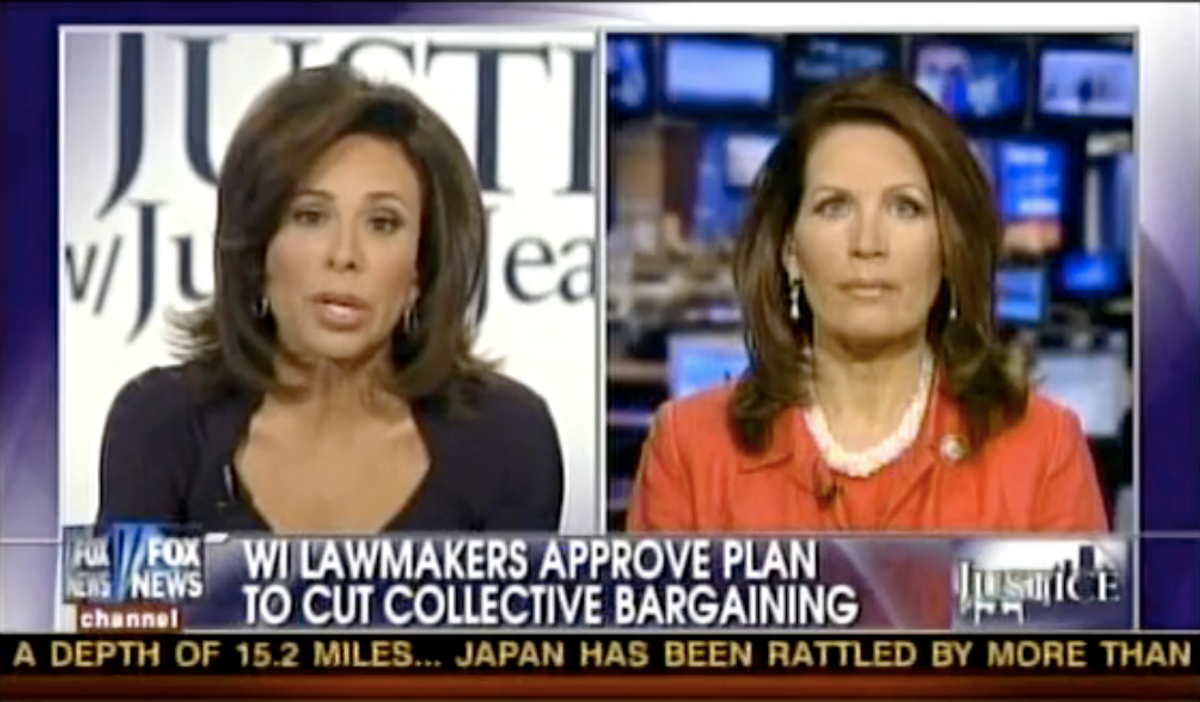 Congresswoman Michele Bachmann was on Fox News last night, espousing an interesting interpretation of the Tea Party -- as a bipartisan coalition.

The Left is so deathly afraid of the Tea Party because it's made up of Democrats, Independents, Republicans, Libertarians; a huge swatch of the country that just wants the country to work again.

Bachman and Fox News host Jeannine Pirro then went on to make the claim that there's no evidence of racism within the Tea Party. Meanwhile, the Minnesota representative continued to hammer away about the $105 billion that she claims was surreptitiously funneled into government coffers after the passage of the Affordable Care Act.