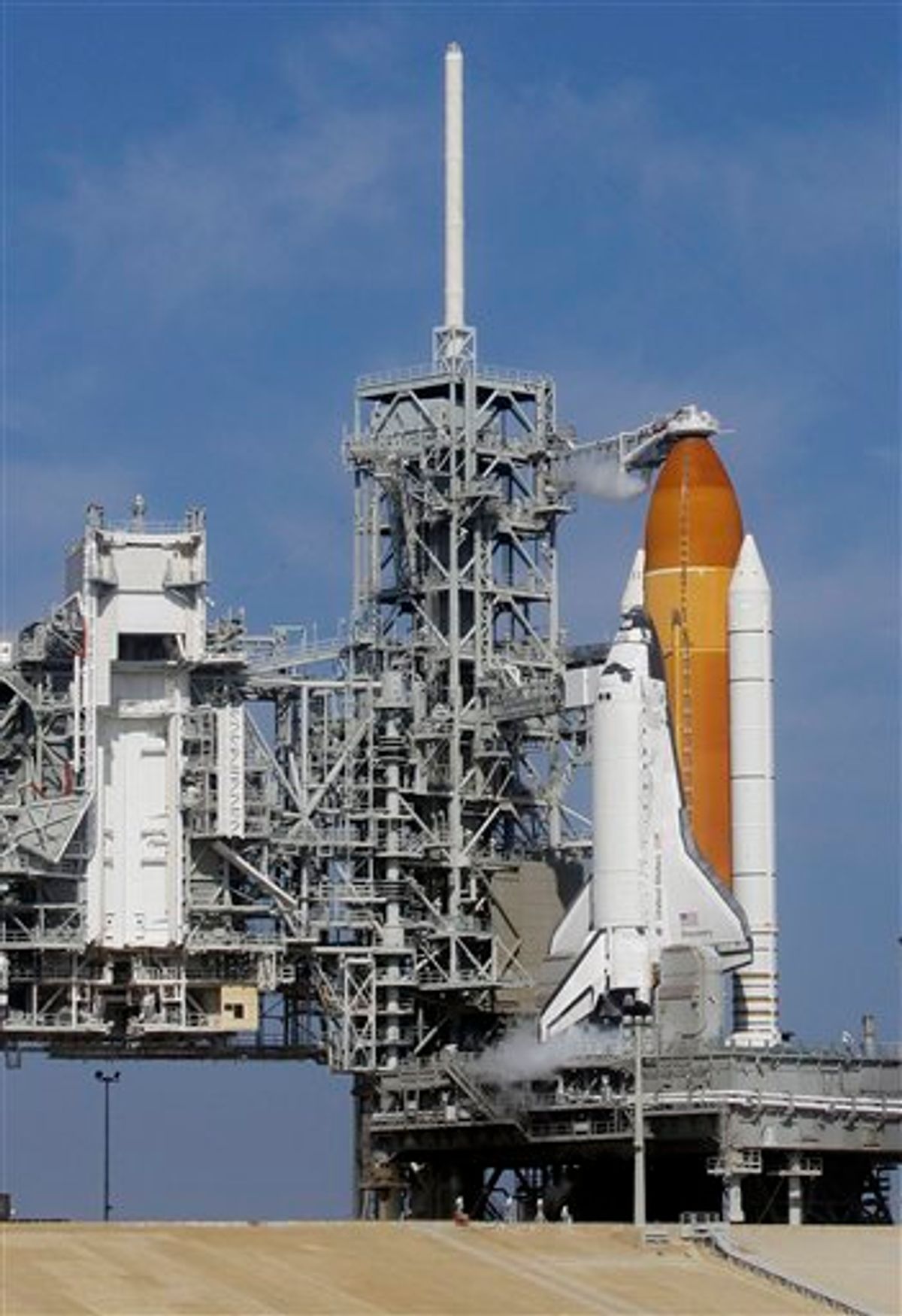 Fuel is loaded into the space shuttle Discovery as she sits on the launch pad at the Kennedy Space Center in Cape Canaveral, Fla., Thursday, Feb. 24, 2011. Discovery and her crew of six astronauts are scheduled to lift off this afternoon on an 11-day mission to the international space station. (AP Photo/John Raoux) (AP)
--

A space shuttle worker has fallen to his death at the launch pad.

Officials at NASA's Kennedy Space Center say the accident occurred at 7:40 a.m. Monday. The man fell while working. Medics rushed to the pad, but were unable to revive him.

Details of what happened are not yet available.

NASA spokesman Allard Beutel says work on space shuttle Endeavour was suspended for the day. Beutel says the focus is offering grief counseling to the work force. Endeavour is due to blast off April 19 on its final flight. The shuttle arrived at the pad last week.

The victim worked for United Space Alliance, a NASA contractor. His identity is being withheld.

Officials believe it's the first launch pad fatality in decades.