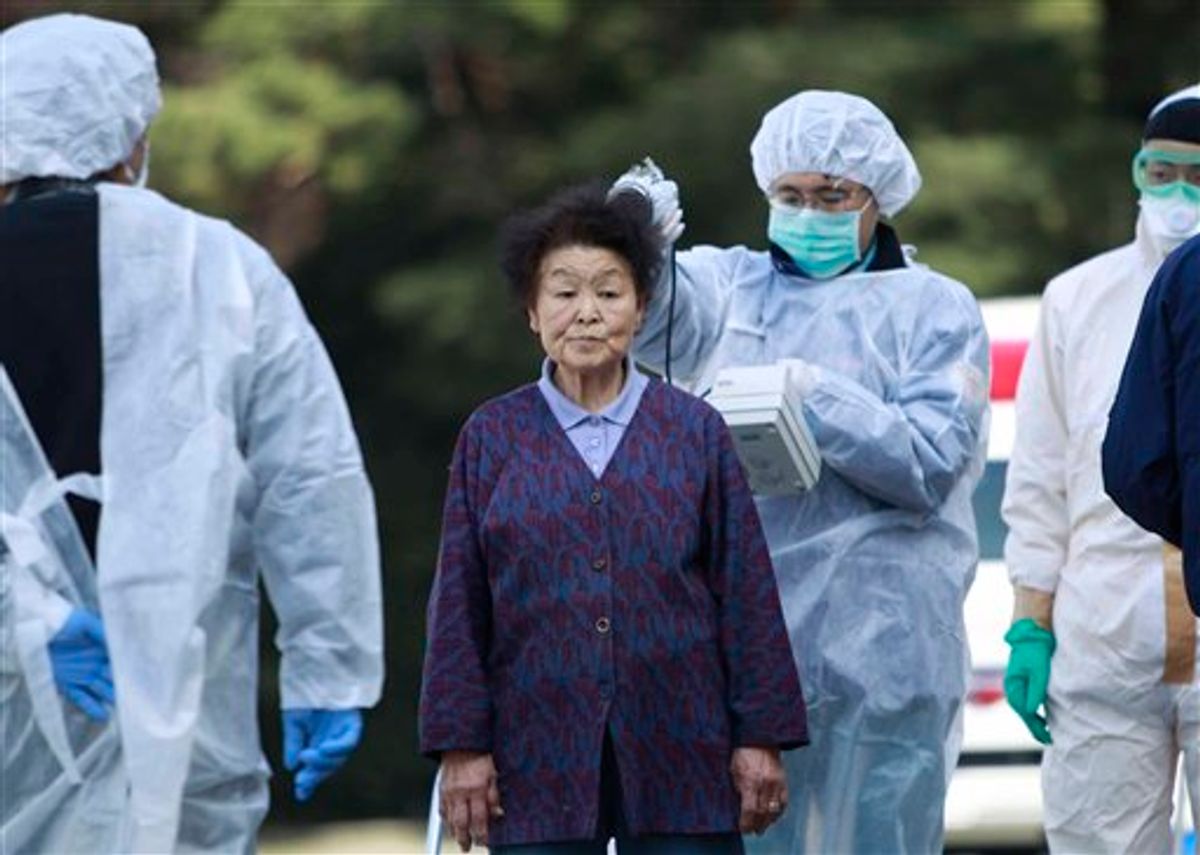 Yesterday I wrote about the emerging spin from the nuclear industry -- that Americans should be "reassured" by the Japanese disaster because U.S. power plant operators will be able to learn from mistakes there.

Now, the industry trade group has posted a Q&A on its website that does not reiterate the "reassured" claim, but still makes some statements that deserve scrutiny.

The Nuclear Energy Institute document, which was updated Sunday at 3:30 p.m., says in part (emphasis added):

The events at Fukushima Daiichi show that nuclear power’s defense-in-depth approach to safety is appropriate and strong. Despite one of the largest earthquakes in world history, with accompanying tsunamis, fires and aftershocks — multiple disasters compounded one on top of the other — the primary containments at reactors near the epicenter have not been breached and the radioactive release has been minimal and controlled. This event will show that even under very severe circumstances, nuclear power plants are designed to withstand natural disasters.

We know that roughly 200,000 people around nuclear plants have been evacuated, 150 workers have been exposed to radiation, and some crew members on an American aircraft carrier 100 miles offshore got low-level doses of radiation. Clearly, though, many of the facts are still not known, and the crisis at multiple reactors is unresolved.

But the New York Times last night published a story that suggests, contra the industry's statement, the effects of the radiation could be long-lasting:

Japanese reactor operators now have little choice but to periodically release radioactive steam as part of an emergency cooling process for the fuel of the stricken reactors that may continue for a year or more even after fission has stopped. The plant’s operator must constantly try to flood the reactors with seawater, then release the resulting radioactive steam into the atmosphere, several experts familiar with the design of the Daiichi facility said.

That suggests that the tens of thousands of people who have been evacuated may not be able to return to their homes for a considerable period, and that shifts in the wind could blow radioactive materials toward Japanese cities rather than out to sea.

Again, it's too early to say where this is going. But the early signs are ominous -- both for people in Japan and for the nuclear industry's public image.