And, shockingly, she didn't listen 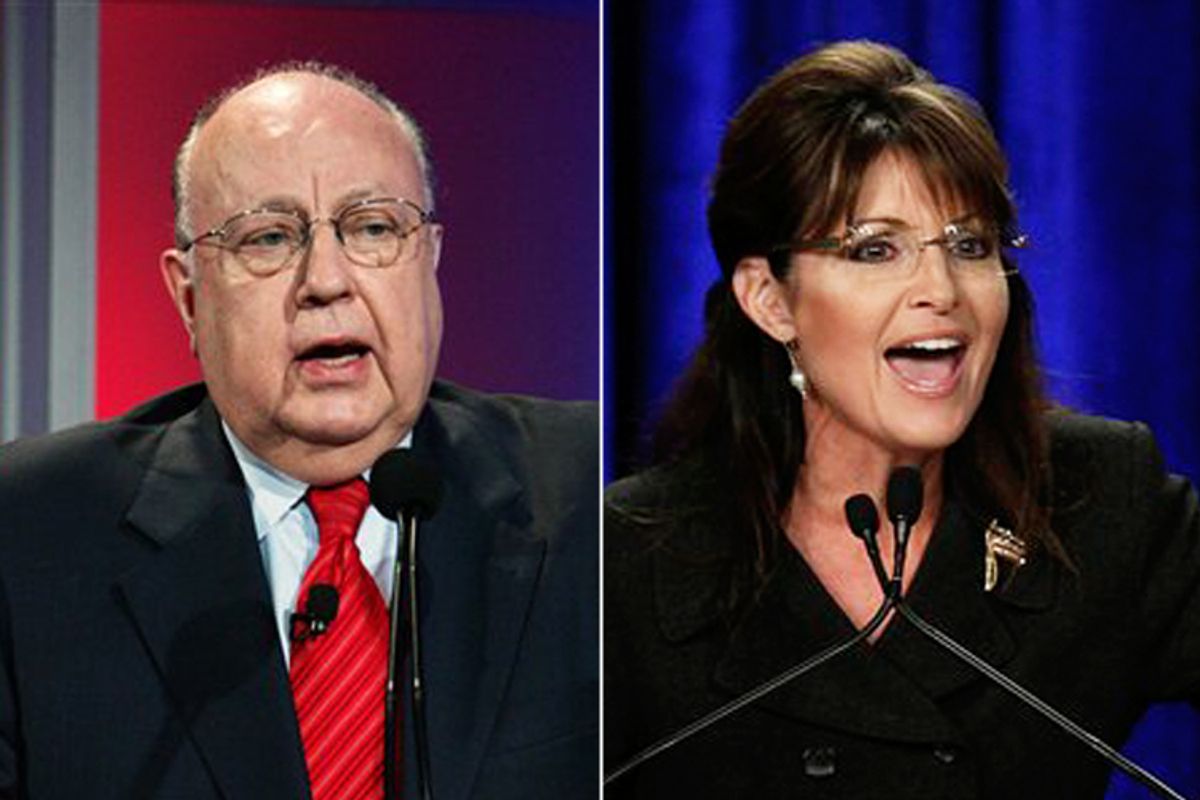 Fox News head Roger Ailes has grown slightly mad in his paranoid old age, but he is still a pro when it comes to advising political candidates on media manipulation. Sarah Palin, currently an employee of his, is apparently treating him the way she treats all of her experienced campaign advisors: ignoring his very good advice.

After the Tucson, Ariz., massacre, when, in Sarah Palin's imagination, people were accusing her of literally murdering everyone with word-bullets, Ailes advised the former governor to "lie low." Instead she released a weird video statement in which she accused the liberal media of committing "blood libel" against her.

Ailes was not pleased with her decision, which turned out to be a political debacle for Palin, especially her use of the historically loaded term "blood libel" to describe the actions of the media. "The Tucson thing was horrible," said a person familiar with Ailes’s thinking. "Before she responded, she was making herself look like a victim. She was winning. She went out and did the blood libel thing, and Roger is thinking, 'Why did you call me for advice?'"

This is according to a New York magazine item. The primary source of the item is someone in Ailes' "camp" (because Sarah Palin's camp only pitches gossip to Ketchikan Magazine), which means you could take it as something of a warning from Ailes to the woman he's currently paying very well. Fox suspended Gingrich and Santorum for too obviously running for president, while sparing Palin and Huckabee. But they could be next, if they don't stay in line!