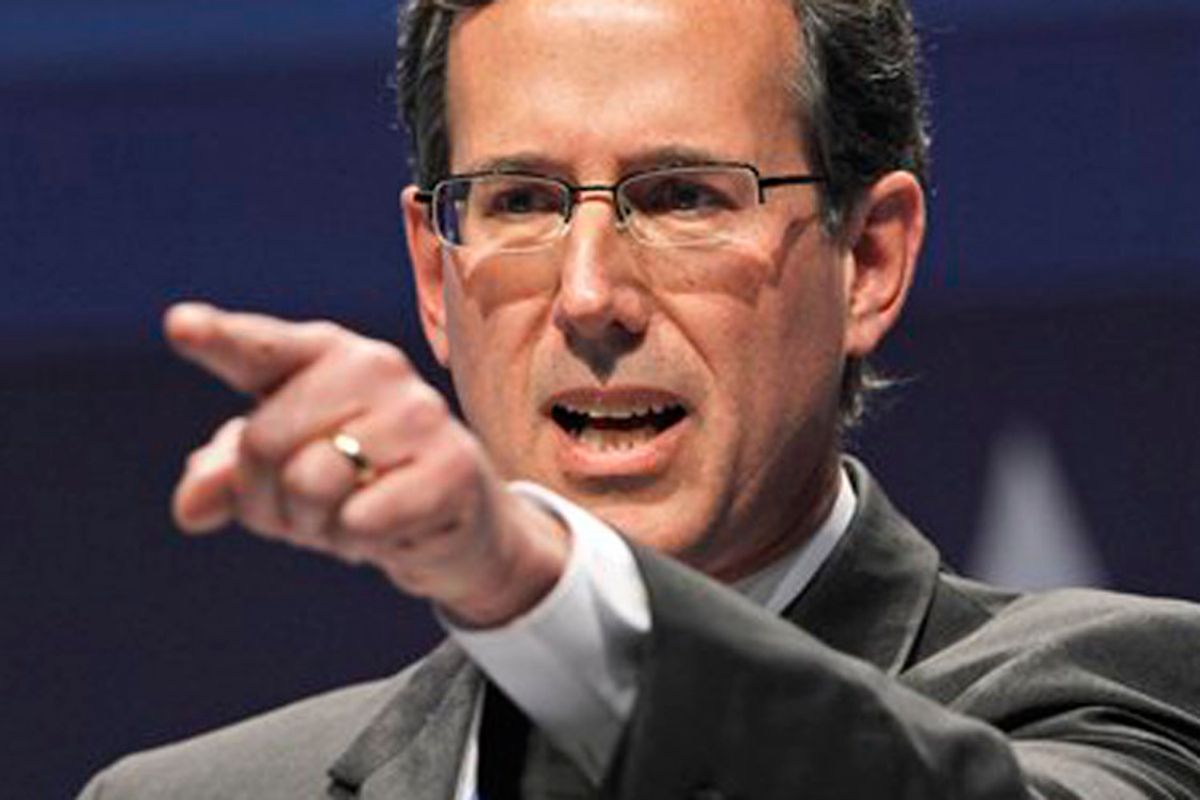 We saw last year in the "ground zero mosque" saga just how politically potent fear of Islam can be. So perhaps it's no surprise that the increasingly high-profile "issue" of sharia, or Islamic law, has now entered presidential politics.

Politico reports that Santorum told a political dinner in New Hampshire Friday evening that "Sharia law is incompatible with American jurisprudence and our Constitution." He went on to explain why there are Muslims in the United States:

"They left because of Sharia law,” he said, referring to why he believes Muslim immigrants left their home countries to come to the United States.

Santorum added, "Sharia law is not just a religious code. It is also a governmental code. It happens to be both religious in nature an origin, but it is a civil code. And it is incompatible with the civil code of the United States."

Santorum, like others who have slammed sharia, did not specify what he's talking about when he says "sharia." As I've previously reported, sharia is open to many interpretations and can encompass many different ideas. It is true that some Muslim-majority countries have civil codes that draw on sharia, but, again, practice varies widely. In the United States, aspects of sharia most often come up in the courts surrounding mundane matters like marriage contracts.

As for the question of Muslim immigration, it's first worth noting that one-third of the American Muslim population was born in the U.S. And there's little evidence to back up Santorum's claim that Muslim immigrants left their home countries "because of Sharia law."

A 2007 Pew survey found the following reasons for emigration:

That's a good survey to keep in mind if sharia comes up again -- which it almost inevitably will.