After the quake Japan struggles to avoid a meltdown at the Fukushima nuclear plant. Could it happen in the U.S.? 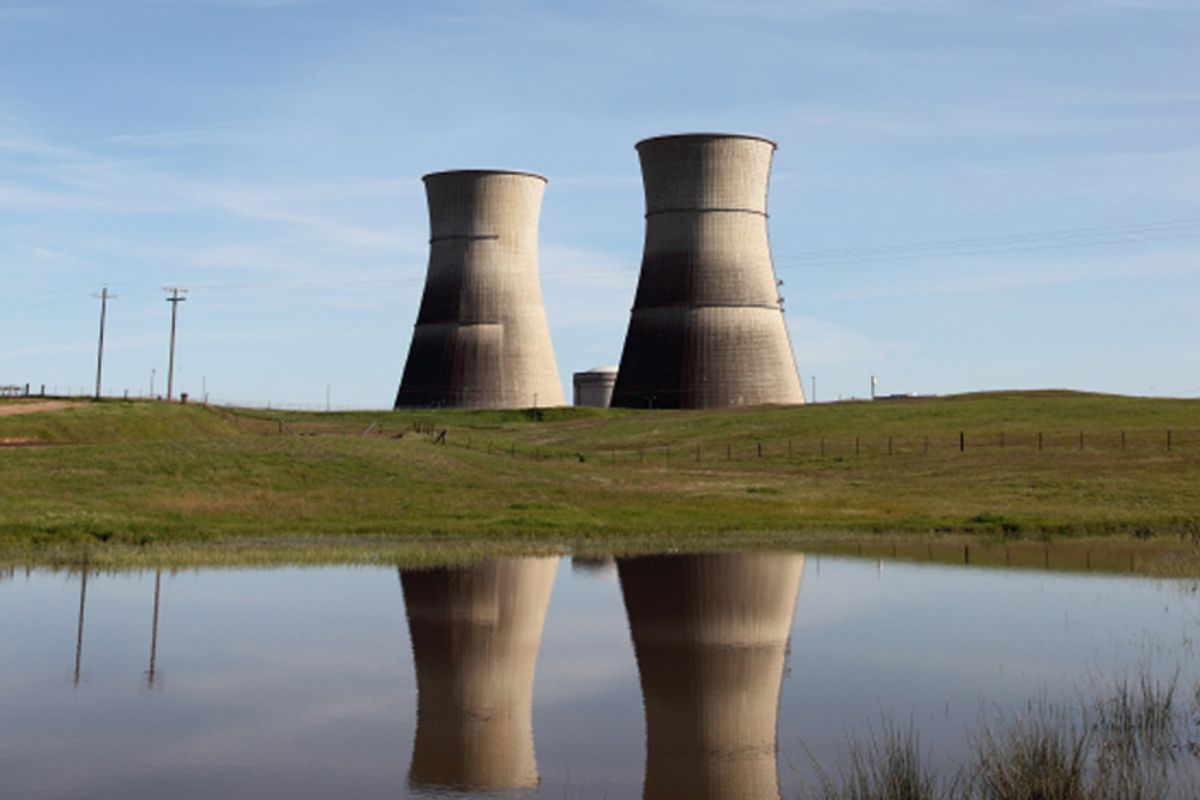 As engineers in Japan struggle to bring quake-damaged reactors under control, attention is turning to U.S. nuclear plants and their ability to withstand natural disasters.

Rep. Ed Markey, a Massachusetts Democrat who has spent years pushing the Nuclear Regulatory Commission toward stricter enforcement of its safety rules, has called for a reassessment. Several U.S. reactors lie on or near fault lines, and Markey wants to beef up standards for new and existing plants.

"This disaster serves to highlight both the fragility of nuclear power plants and the potential consequences associated with a radiological release caused by earthquake related damage," Markey wrote NRC Chairman Gregory Jaczko in a March 11 letter.

Specifically, Markey raised questions about a reactor design the NRC is reviewing for new plants that has been criticized for seismic vulnerability. The NRC has yet to make a call on the AP1000 reactor, which is manufactured by Westinghouse. But according to Markey, a senior NRC engineer has said the reactor’s concrete shield building could shatter "like a glass cup" under heavy stress.

The New York Times reported last week that the NRC has reviewed the concerns raised by the engineer, John Ma, and concluded that the design is sufficient without the upgrades Ma recommended. Westinghouse maintains that the reactor is safe.

Boiling water reactors, like the ones hit by the Japanese earthquake, are built like nested matroyshka dolls.

The inner doll, which looks like a gigantic cocktail shaker and holds the radioactive uranium, is the heavy steel reactor vessel. It sits inside a concrete and steel dome called the containment. The reactor vessel is the primary defense against disaster -- as long as the radiation stays inside everything is fine.

The worry is that a disaster could either damage the vessel itself or, more likely, damage equipment that used to control the uranium. If operators cannot circulate water through the vessel to cool the uranium it could overheat and burn into radioactive slag -- a meltdown.

Reports say a partial meltdown is suspected in two of three reactors at the Fukushima Daiichi Nuclear Power Station in Japan, which was hit by the 8.9 magnitude quake and ensuing tsunami.

Reactors have multiple layers of equipment to make sure this never happens. But last year, Markey asked Congress's investigative agency, the Government Accountability Office, to look into a long list of nuclear safety issues, including earthquake and flood protection.

Markey cited the 2007 Chuetsu earthquake (6.6 magnitude) that hit the Kashiwazaki-Kariwa nuclear plant. The quake started a fire, spilled some low-level radioactive waste and damaged equipment that was not critical to the reactor. It led Japanese regulators to reassess earthquake danger near the plant, and Markey wanted GAO to see whether NRC had been on top of earthquake risk in the U.S.

He also listed a few cases in which other natural disasters had damaged nuclear plants, like a 1998 tornado that knocked out power to the Davis-Besse plant outside Toledo, Ohio, or Hurricane Andrew, which knocked out power to the Turkey Point plant south of Miami site for five days in 1992. In 2008, Hurricane Gustav damaged the River Bend Nuclear Generation Station in St. Francisville, La.

At both Davis-Besse and Turkey Point, the plants' emergency diesel generators kept the equipment running until crews fixed the power lines.

News reports have said the Fukushima Daiichi Nuclear Power Station went to backup diesel power after the quake but lost it, along with the ability to keep cooling water flowing.

Edwin Lyman, a senior scientist with the Union of Concerned Scientists, told Reuters that U.S. reactors don't have adequate backup power. "We do not believe the safety standards for U.S. nuclear reactors are enough to protect the public today," he told the news agency.

NRC spokesman David McIntyre said the agency was not granting interviews about the Japan quake. He pointed to the agency's website, which does have a lot of information on the seismic issues.

For instance, NRC regulations require that every plant is built to survive an earthquake larger than the strongest ever recorded in the area. The agency says it periodically updates earthquake estimations as more detailed information becomes available.

Most recently, the NRC spent five years reassessing earthquake risk for nuclear plants in the Midwest and eastern United States. The results of the study, which were released last September, confirmed that the plants were built to withstand the heaviest quake likely for their area.

However, the NRC found that the risk of earthquake was greater than expected in some areas, so the agency plans further research.

In an NRC meeting on earthquake safety last September, Torrey Yee, an engineer for the San Onofre nuclear plant near San Diego, said designers evaluate two levels of earthquakes: the maximum possible quake for a site; and an "operating basis" quake, usually about half of the maximum strength.

The critical structures and equipment at the plant are built to withstand the maximum quake, and the plant has to shut down for inspection if it sustains a quake higher than the operating basis.

The 104 commercial reactors in the United States produce 20 percent of the nation's power.