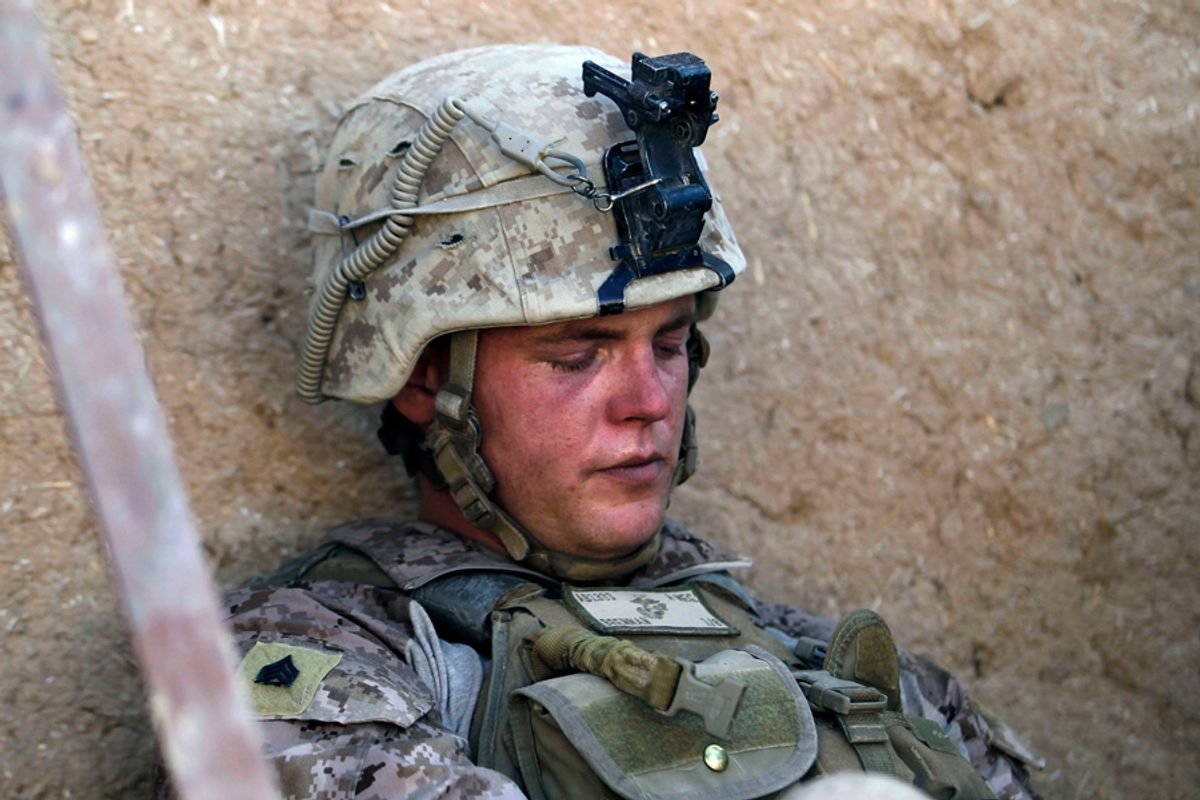 Official Washington has maintained a remarkable consensus about the war in Afghanistan in the face of a few years of increasingly negative public opinion polls (and some dubious developments on the ground).

The war, which costs $100 billion a year, was a non-issue in the 2010 midterm elections. So it will be interesting to see if a poll like this new one from the Washington Post and ABC does anything at all to jolt a debate about the war:

Nearly two-thirds of Americans now say the war in Afghanistan is no longer worth fighting, the highest proportion yet opposed to the conflict, according to a new Washington Post-ABC News poll. ...

Nearly three-quarters of Americans say Obama should withdraw a “substantial number” of combat troops from Afghanistan this summer, the deadline he set to begin pulling out some forces.

Do go read the whole story; the Post created a remarkable graph tracking public opinion on the war.

The political backdrop to this news is Secretary of State Hillary Clinton repeatedly using the inevitable line that the administration will not make decisions based on polls, and Gen. David Petraeus testifying before Congress today that "significant" but "fragile and reversible" gains have been made.

Neither President Obama nor congressional Republicans show any signs of altering their fundamental support for the war. The bottom line is that, despite public opinion, no one expects significant troop withdrawals to happen in July 2011, the supposed "transition" date that Obama announced back in 2009.