After yet another explosion rocks Fukushima, the threat of a meltdown remains. Here's a breakdown of each reactor 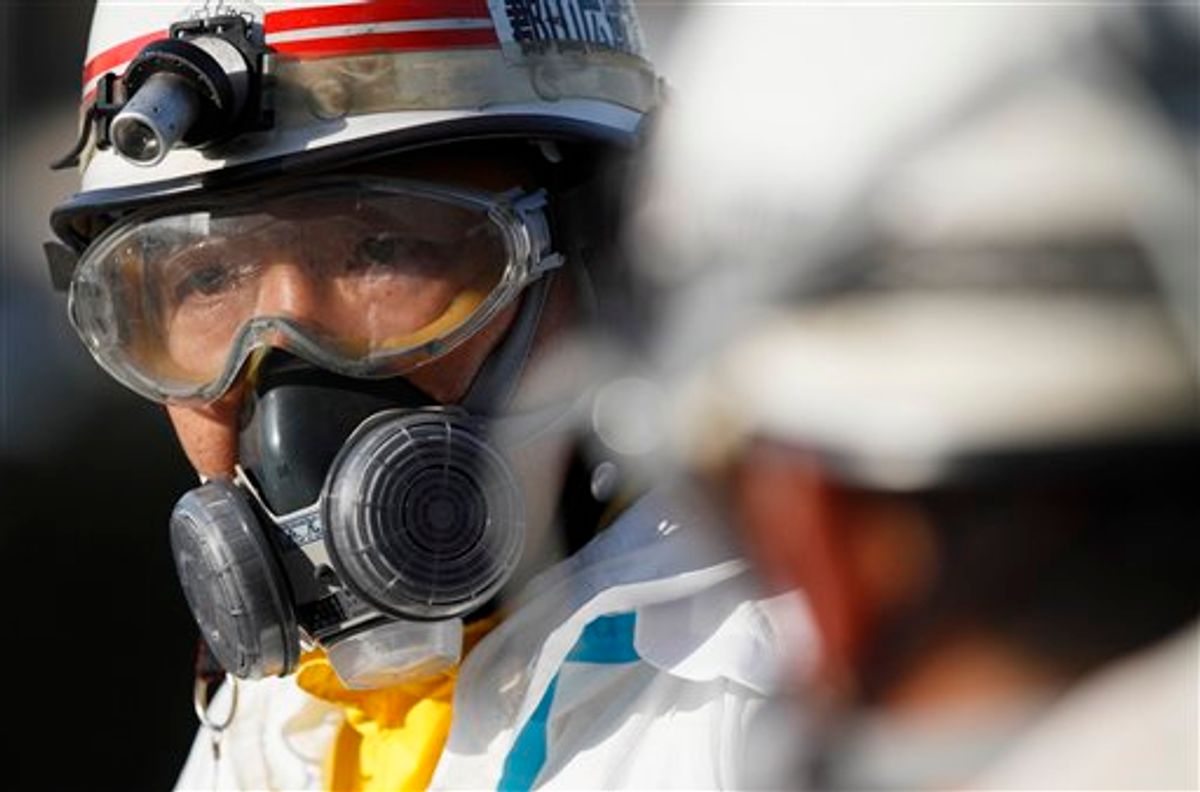 Japan is struggling to prevent nuclear catastrophe at its reactors in the days since a massive earthquake and tsunami knocked out power, crippling cooling systems needed to keep nuclear fuel from melting down.

Here's what is known about each:

-- Dai-ichi Unit 1: Some uranium pellets in the fuel core have already melted. Workers trying to prevent total meltdown, released steam in attempt to lower pressure in reactor vessel. Led to hydrogen explosion that blew away much of the containment building. Reactor vessel said to be intact. Regular cooling methods have failed; large amounts of seawater being pumped into reactor vessel to try cooling the severely overheated uranium core. Offsite radiation has been reported.

-- Dai-ichi Unit 2: Ability to cool unit has been lost. Officials say fuel rods have been fully exposed, at least twice. An attempt to channel seawater into the reactor failed due to stuck rod, so officials were trying to spray cool water on the top of the reactor vessel. Explosion occurred early Tuesday at this reactor. Partial fuel melt believed to have already occurred.

-- Daini units 1, 2 and 4: Retained offsite power, but operators were experiencing equipment failures and increased pressure inside the containment vessels. There have been problems with residual heat removal systems.

-- Onagawa units 1, 2 and 3: Officials have said they'd detected higher-than-permitted radiation levels. When the levels fell, they said the radiation could have been from a release at the Dai-ichi units.

Official government and industry statements in Japan and the International Atomic Energy Agency.