Michele Bachmann has counted every member of the MSM

Congresswoman doesn't know where the American Revolution started, knows exactly how many people are smearing her 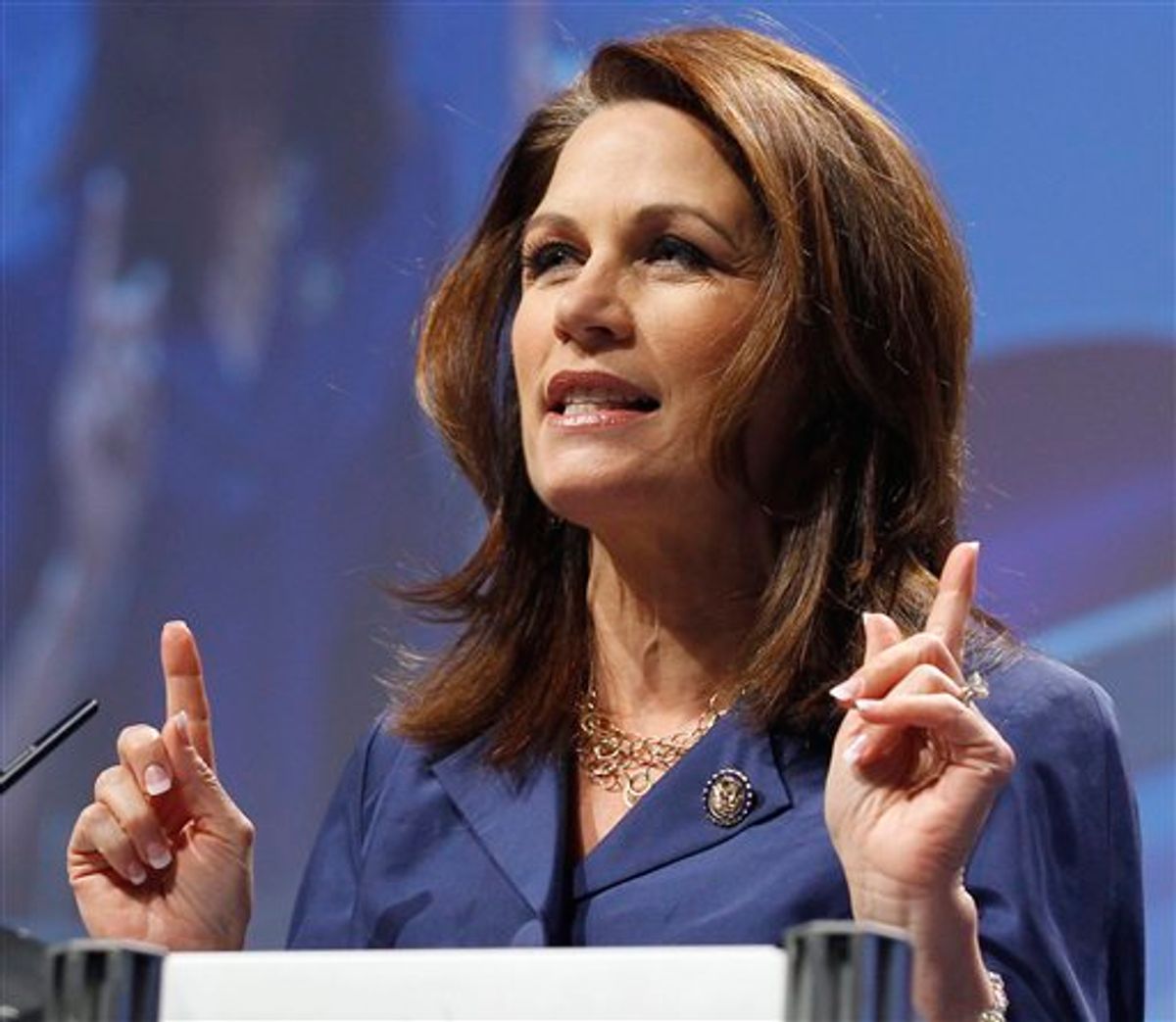 Michele Bachmann regularly botches simple facts about the history of the United States. That would not be such a big deal -- few people in this forward-thinking nation have more than a basic grasp of American stories not dramatized by Spielberg or Michael Bay films -- except for the fact that Bachmann is Congress' Founder-worshiping self-appointed constitutional scholar-in-residence. Still, it's not Bachmann's obvious dimness that's to blame for her regular embarrassments. She is, in fact, a victim of the mainstream media.

Bachmann is upset that the press reported on her getting the locations of the Revolutionary War Battles of Lexington and Concord disastrously wrong in a recent speech, even though they ignored the time Barack Obama accidentally said "57 states" instead of "50 states." Of course, one of them clearly misspoke and the other one exposed actual ignorance, but there's no reason we should expect a Muslim from Kenya should know how many states there are. And the MSM would've pointed this out if they weren't all so biased against conservatives.

But Bachmann's got the MSM's number! And I mean that very literally:

"We all know there’s a double standard in the media … as we know all 3,400 members of the mainstream media are part of the Obama press contingent," she told The Laura Ingraham Show.

3,400 members of the MSM! Where did she even get that number? (Probably a blog? Or a Culver's kids menu placemat?) It seems a bit ... small, actually. The New York Times Co. has more than 7,500 employees. The Bureau of Labor Statistics counts 5,820 professional "Broadcast News Analysts" alone!

Even assuming that some of those analysts are good conservatives, the entire point of the bias myth is that liberals vastly outnumber conservatives in the supposedly objective media. If there are just 3,400 members of the MSM, then the vast majority of reporters, editors, pundits, journalists and publishers must be both outside the mainstream and also fair and unbiased.