Time to declare war on the shaky camera 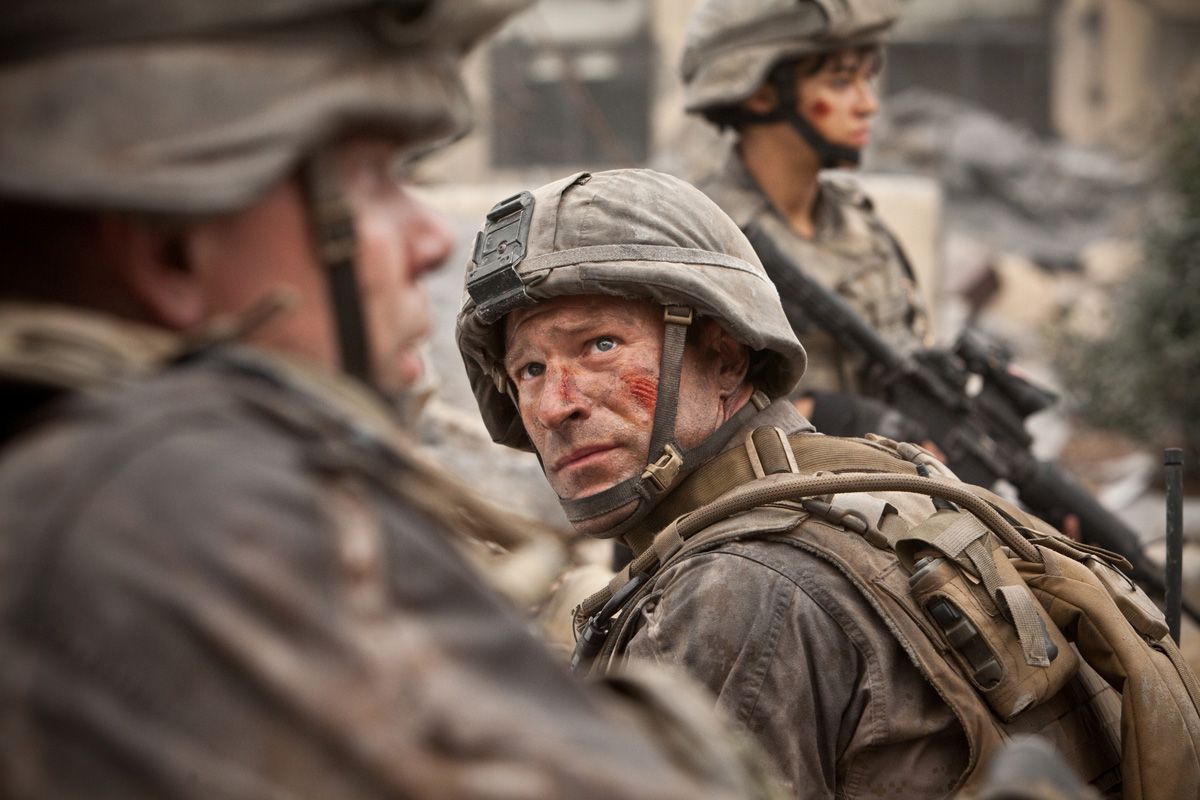 How to describe the aggressive dreadfulness of "Battle: Los Angeles," maybe the worst-directed Hollywood movie I've ever seen? Incompetent doesn't do the trick, because it implies an inability to master basic craft. That's not the case here. "Battle: Los Angeles" takes one of the more controversial cinematography fads of recent years -- the "shaky camera and shallow focus equals 'reality'" fad -- to noxious new levels of excess. The movie is the work of professionals who decided to make their film look bad on purpose.

It's a science fiction war movie shot like a YouTube record of a natural disaster -- only much more so. Frankly, the most chaotic footage from the most terrifying disasters of recent times is  more visually comprehensible than most of the shots in this expensive action film. Director Jonathan Liebesman and cinematographer Lukas Ettlin shoot most of the action with a very long lens, which gives the images a narrow plane of focus, and they appear to move the camera around more or less at random to make the action feel more "real" or "documentary-like" or something. I say "or something" because the idea that this type of image is "realistic" or "documentary-like" is nonsense. Look at actual documentaries of combat in war zones and you will rarely see any images as chaotic, junky, poorly framed and visually impenetrable as the ones that occupy 90 percent of the running time of "Battle: Los Angeles."

To call this approach amateurish would libel amateurs. A quick check of YouTube will reveal many taped records of spectacular and terrifying events where the camcorder or flip phone is rock-steady, there's depth of field, everything is in focus, and the shot holds for 10 seconds, a minute, two minutes or longer -- characteristics that actually intensify the level of fear, awe and helplessness, because they let you imagine yourself into another physical space and see where objects and people are in relation to each other.

This isn't possible when a shaky camera is combined with very rapid cutting, the default style of modern blockbusters. It's the fad style that dominates filmmaking in the early 21st century, just as excessive and unmotivated zooms dominated the psychedelic late '60s and early '70s. The filmmakers' unspoken (in some case probably unconscious) agenda is to deny the audience a fixed vantage point on anything, for any reason, ever -- not just to jack up their adrenaline level, but perhaps to cover weak storytelling, acting, writing or special effects with visual clutter and waste motion. It's the style that directors embrace when they have no style -- a substitute for vision.

Simply put, this crap is transparently cynical and opportunistic and has become totally played-out since 1999's "The Blair Witch Project," arguably the hit that made home video panic-cam an official, approved technique in mainstream productions. Twelve years later, directors who keep treating it as an aesthetic security blanket -- especially at the big-budget level -- should be required to get a tattoo across their foreheads that reads "Hack." Get yourself a tripod. Make a shot list. Think about where you're putting the camera and why you're putting it there, and try to redirect the audience's attention by moving the camera or refocusing rather than cutting every three to five seconds. Stop covering action. Start directing again.

I should back off from my attack for a moment and say that I'm a bit surprised to find myself blasting the shaky cam school of cinematography. In certain cases, I have defended it when many of my colleagues were calling it evidence of the death of cinema aesthetics. Critics David Bordwell and Jim Emerson, in particular, have mounted blistering attacks on the shaky camera/fast cutting style as seen in the films of Paul Greengrass ("United 93," the second and third "Bourne" films). And we've seen similarly intense attacks on other films and TV series that adopt a pseudo-documentary style, such as "24" and "Cloverfield" and "Gangs of New York," "Gladiator," "Black Hawk Down," "Kingdom of Heaven," "The Kingdom," "Quantum of Solace" and other movies that were too obviously trying to ape the combat sequences in "Saving Private Ryan."

I defended shaky cam in "Ryan," "Blair Witch," the "Bourne" films, "Cloverfield" and "24" because the style seemed to have dramatic or contextual justification, and because the camerawork, though outwardly rough, showed intelligence; it wasn't shaking all over the place at all times, and cutting every few seconds just because. The "Bourne" films, for example,  would have been just as exciting, maybe more exciting, if they'd been shot in a more traditional way, but you can defend their jumpiness as an extension of the hero's paranoid mind-set and his ability to process massive amounts of information in a short timespan. Matt Reeves' "Cloverfield" -- which was presented as "found footage" by an honest-to-goodness amateur -- is wild during the running scenes but comprehensible elsewhere, and it relies on long takes and moves to reveal things; its timing is expert.

But the brain-dead aping of "Ryan" by lesser filmmakers suggests poor visual comprehension on the imitators' parts.  "Gangs," "Gladiator," "Black Hawk Down" and "The Kingdom" used shaky cam in a way that was boring and disappointing considering their directors' track record of displaying visual imagination elsewhere. The battle sequences in "Ryan" are quick-cut and chaotic, but there are some very long takes mixed in there, too, and when the bullets aren't flying, director Steven Spielberg moves the camera patiently, elegantly, always with a purpose, never cutting unless he absolutely has to, and there are times when he nails the camera to the floor or mounts it on dolly tracks and observes people moving through space in a wide shot, framed from head to toe. Spielberg doesn't apply shaky cam to every moment, only when he thinks it might add a newsreel-like immediacy.

Not so with "Battle: Los Angeles." The shaky cam, shallow focus, tight close-ups and fast cutting don't just deny us a good look at the space creatures or the mayhem they commit, they deny the viewer a chance to study the anxious, thoughtful faces of the Marines the story is allegedly about. And the shaky cam isn't just used in moments of intense action. The filmmakers apply it to everything: Staff Sft. Michael Nantz (Aaron Eckahart) doing sit-ups on a beach or having a touchy conversation with a superior officer; the men playing a quiet game of golf on a closed course at night. We're supposed to mistake this for documentary realism. But the longer you watch, the more you begin to suspect that the movie has no personality of its own, just a bag of tics, and is made in the style that happened to be popular in 2011. The current "Red Riding Hood," directed by Catherine Hardwicke of "Twilight," is nearly as worthless, but at least the bob-and-weave camerawork is slower and more genteel; you might get mild motion sickness from watching it, but that's a step up from "Battle: Los Angeles," which comes on like a prankster sneaking up behind you and shaking you violently by the shoulders.

I've decried the shaky, shallow-focus, cut-cut-cut, all-exclamation-points style of Michael Bay ("Transformers"), but I'll say this for him: He can frame a shot. He understands depth, balance and the concept of blocking physical action in a way that is dynamic and attractive to look at. You cannot say the same for "Battle: Los Angeles," which looks as if the cinematographer strapped cameras to the heads of a dozen baboons and fired a pistol in the air when the director called "action."

Show some craft and wit, filmmakers, please. Or get yourself a new fad. This one's over.