There's a long-term problem with the program, and both liberals and conservatives have it wrong 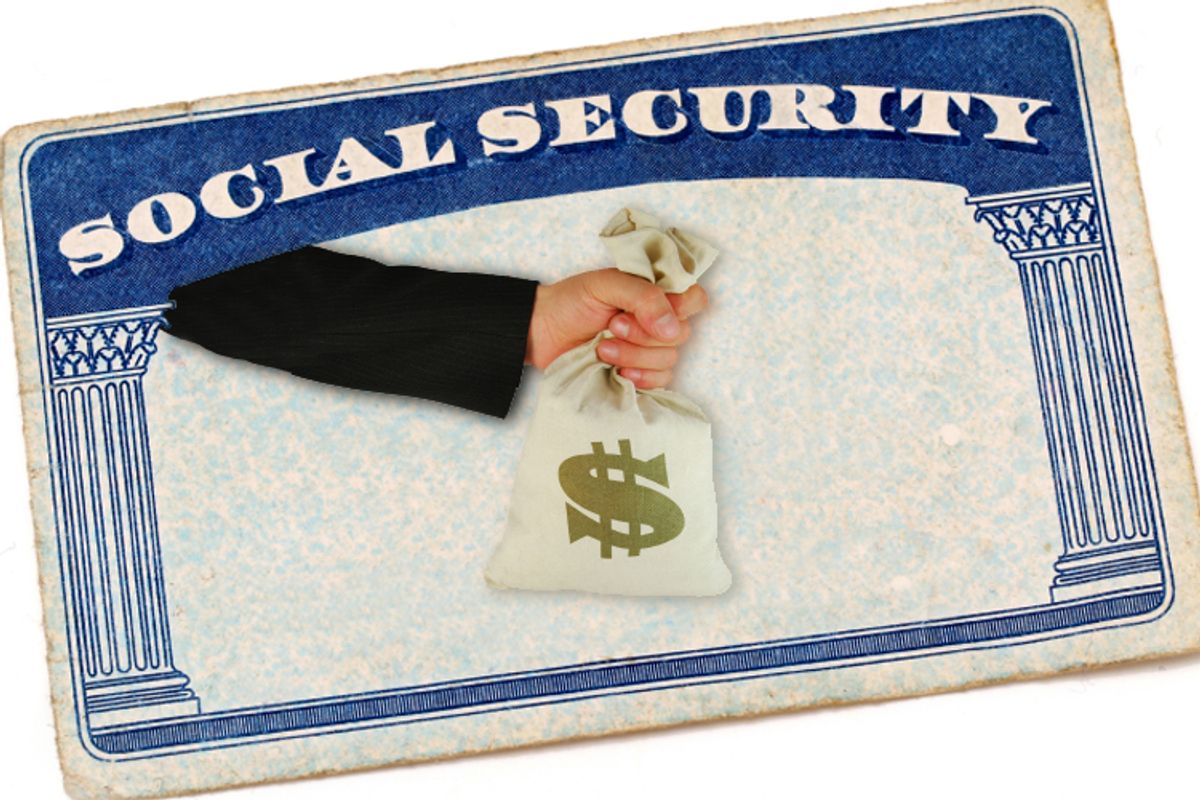 If Washington, D.C., were a sovereign country, much of its GDP would consist of exports of paper, in the form of plans for the future of Social Security. Whether offered by liberals or conservatives, almost all of the proposals for Social Security are doomed by political realities that the authors of these plans refuse to acknowledge.

The inadequacy of payroll tax revenues sets the stage for today's vast number of Social Security plans. Almost all of them share the assumption that, from now until the end of time, Social Security can only be funded by a single tax. That solitary tax is the combined employer-employee payroll tax, which today is set at 12.4 percent of wages below $106,800.

In order to reconcile payroll tax revenues with Social Security expenditures, most conservatives want to cut Social Security benefits. This can be done by changing the way that benefits are indexed to inflation, by forcing Americans to work longer (a benefit cut) or by diverting some payroll tax revenues to the dangerous casino of the stock market (another benefit cut).

Progressives generally prefer to address the future spending shortfall by raising taxes on wage earners rather than cutting the benefits of retirees. As noted above, Americans pay payroll taxes only on wages up to $106,800. Because of increasing wage inequality in America in the last generation, Social Security taxes, which covered 90 percent of wages in 1980, now cover only 83 percent. Increasing the payroll tax until it covers 90 percent of wages once again would plug half of the shortfall. Lifting the lid on Social Security payroll taxes as a percentage of wages entirely could eliminate the funding gap altogether.

Each team in this policy debate backs its proposals with footnoted papers and elaborate computer modeling. In theory, any number of plans that have already been proposed could succeed in making Social Security solvent, by cutting benefits, increasing payroll taxes, or some combination of the two methods. But flawless though they may be in theory, all of the proposals for saving Social Security in its present form may turn out to be monuments to wasted ingenuity.

The reason is politics. Political predictions are dangerous, but I will venture one: When Social Security funding becomes a problem a generation from now, there will not be enough votes in Congress either for the benefit cuts favored by conservatives or for the payroll tax increases favored by liberals.

President George W. Bush's proposal to cut Social Security benefits by diverting part of the payroll tax to risky and uncertain private accounts was so unpopular that Congress never even considered it -- even though Republicans controlled the House and the Senate as well as the presidency. The alternative of means-testing is unpopular as well. To make a real difference, there must be deep cuts for middle-class retirees as well as the rich. And yet according to pollsters, even a majority of Tea Party movement members oppose cuts in Social Security and Medicare. Can any rational conservative really believe that there will be more of an appetite for significant Social Security benefit cuts 10 or 20 years from now, when retirees and the soon-to-retire constitute an even bigger portion of the electorate?

When it comes to Social Security, liberals are just as politically unrealistic as conservatives. It may be mathematically certain that the Social Security shortfall can be cut in half by covering 90 percent of wages and eliminated entirely by lifting the cap on payroll taxation. But the only math that counts is the political math.

The Obama administration defines the middle class as the 98 percent of households making less than $250,000 a year. Only about 2 percent of American households make more than $250,000 a year, and only one in five households makes more than $100,000. But the top 20 percent includes almost all of the college-educated professionals who staff and control both parties and the media. Can any rational progressive really believe that affluent professionals, to say nothing of the rich, will lack the political power 20 or 30 years from now to block massive payroll tax increases targeting them?

The almost certain lack of political support for major benefit cuts and/or major payroll tax increases means that the shortfall in Social Security revenues cannot be solved according to the assumptions underlying today's bipartisan debate. The assumptions of the debate must therefore be changed. At some point in this century, Social Security must be funded by both the payroll tax and another stream of tax revenue.

But the preferences of liberal and conservative policy wonks do not matter. The only thing that matters is the political situation in the 2030s or 2040s. At some point in the next few decades, it is likely that Congress will channel non-payroll taxes into the Social Security program. Even if it is justified at first as an emergency measure, the bailout will almost certainly become permanent. From that point onward Social Security benefits will be funded both by payroll taxes and by other taxes. The republic will survive, the economy will muddle on and the historians of 2050 or 2100 will find it hard to understand why previous generations thought that Social Security could be funded by payroll taxes alone.

The devil is in the details. In the worst-case scenario, instead of creating a new, stable stream of revenue to supplement the payroll tax, members of Congress would fight every few years over the latest rescue of the Social Security program. The periodic turmoil over short-term fixes for Social Security every few years would resemble today's scrimmages over transportation bills.

In the best of all possible worlds, Congress would make Social Security solvent on the basis of a blend of payroll and non-payroll taxes that would produce maximum revenue stability with minimum economic distortion. Many other democratic countries, including Canada and Japan, have multi-tiered public retirement systems, with a flat universal benefit topped by an earnings-related benefit. Ever since the late 1930s, some American experts and politicians have favored converting Social Security into a similar "double decker" system (or a triple decker, with the top consisting of tax-favored private savings accounts like IRAs and 401Ks). The World Bank proposed a similar model for most countries in the 1990s.

A flat, universal benefit as part of a double decker system could be funded partly or wholly by non-payroll taxes -- general revenues, an earmarked estate tax, or a dedicated portion of a federal value-added tax (VAT). A VAT would be regressive, but so is the existing payroll tax. What counts is the progressivity of the system of federal, state and local taxes and benefits as a whole.

In the past many progressives have opposed the double decker option, fearing that conservatives would try to means-test or eliminate the flat benefit, or eliminate Social Security above the minimum level. Indeed, some conservatives have proposed combining a flat, universal benefit with a private account system as the second tier. But some liberals favor a double decker system because it would provide a minimum benefit to widowed homemakers or a basic income for the elderly poor.

Today these ideas are strictly off-limits, according to the unspoken rules that govern the Social Security debate. For years to come, most progressive experts and conservative experts will continue the sterile intellectual exercise of debating each other about proposed fixes for Social Security based on the premise that the program must be funded exclusively by the payroll tax, from here to eternity. Accepting this premise without any questions, policy wonks will pile further unread tomes atop the ever-growing mountain of quickly forgotten studies.