Could this picture get me arrested?

By Barry B. Doyle 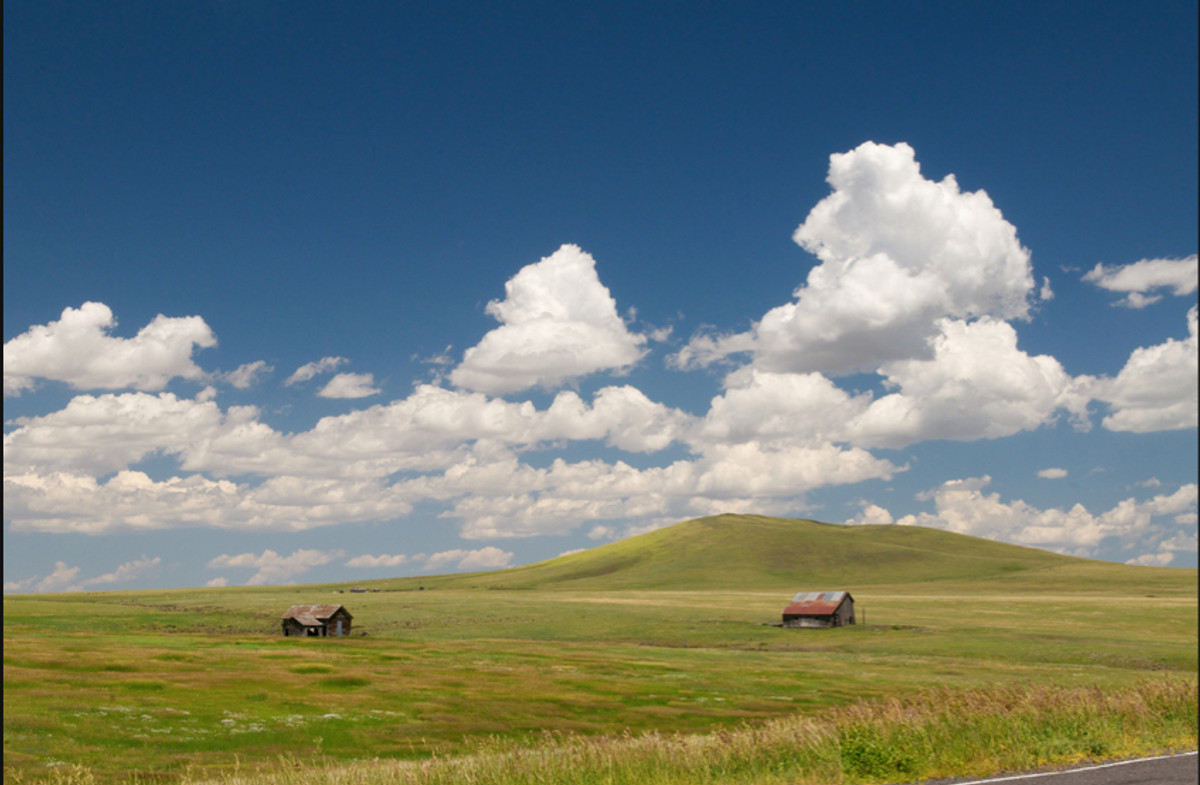 If Republican Florida state Sen. Jim Norman, from Tampa, has his way, the above image would be a felony. Some more ifs: If I lived in Florida and if Senate Bill 1246 becomes law as written, then I've committed a felony by not getting written permission from the farm owner before taking that photograph -- or these: Cow crop circles, feeding in the winter near Lake Tahoe on the Nevada side, taken from my brother's plane. Larger view is here.

If you look on Sen. Norman's website, you'll see his proposed bill as the innocuously titled "Farms." The submitted bill has a slightly more onerous title:

A bill to be entitled:

An act relating to farms; prohibiting a person from entering onto a farm or photographing or video recording a farm without the owner’s written consent; providing a definition; providing penalties; providing an effective date.

You can see the actual proposed bill here. It's not very long, comprising three small paragraphs, but it's a mess. The gist of it is that photographers no longer have the First Amendment freedoms they've enjoyed for the past sesquicentennial as established by law and precedent. To wit:

(1) A person who enters onto a farm or other property where legitimate agriculture operations are being conducted without the written consent of the owner, or an authorized representative of the owner, commits a felony of the first degree...

That's not the worst of it. The second section is so poorly written, that even an extension art class of octogenarians from the local community college who are painting pastoral and bucolic rural scenes of rolling hills and picturesque farmlands are subject to arrest and felony convictions.

(2)  A person who photographs, video records, or otherwise produces images or pictorial records, digital or otherwise, at or of a farm or other property where legitimate agriculture operations are being conducted without the written consent of the owner, or an authorized representative of the owner, commits a felony of the first degree...

The wording is ridiculous. When the bill states "at or of a farm," that includes photographs taken while the photographer is on public property. And, wow, GoogleEarth is in a world of hurt. Maybe it can pixelate all Florida farms as it did for Blair House in Washington, D.C., when Dick Cheney was living there -- not that anyone really wanted to see Darth Cheney in a bright yellow micro Speedo sunbathing on the back patio.

Here's the crux: In spite of what people routinely believe, if you are on public property, say, a roadway or a sidewalk or a path next to a roadway, there is no reasonable expectation of privacy for people who are on public or private property or of any building or structure on private or public property. Anything that is presented for view, or is viewable from a public place, can be photographed.

According to Bert Krages, attorney at law in San Francisco, and regarded as the leading authority on photographers' rights in the United States, there are many misconceptions of those rights.

The general rule in the United States is that anyone may take photographs of whatever they want when they are in a public place or places where they have permission to take photographs. Absent a specific legal prohibition such as a statute or ordinance, you are legally entitled to take photographs. Examples of places that are traditionally considered public are streets, sidewalks, and public parks.

You can download a free PDF document from Bert Krages that outlines your rights as a photographer. Once printed, and with a few judicious snips with a pair of scissors, you can fold the document so that it becomes a small handy pamphlet that's easy to carry and provides a quick reference when needed. The download site is here.

Ironically, unrestricted photography by private citizens has played an integral role in protecting the freedom, security and well-being of all Americans. Photography in the United States has an established history of contributing to improvements in civil rights, curbing abusive child labor practices, and providing important information to crime investigators. Photography has not contributed to a decline in public safety or economic vitality in the United States. When people think back on the acts of domestic terrorism that have occurred over the last 20 years, none have depended on or even involved photography. Restrictions on photography would not have prevented any of these acts. Furthermore, the increase in people carrying small digital and cellphone cameras has resulted in the prevention of crimes and the apprehension of criminals.

Krages has also written a comprehensive handbook for photographers. I have it and have studied it and I encourage all budding, semi-pro and professional photographers to get a copy.

He does make the point that it is not always the smart or judicious choice to escalate a confrontation. Based on the circumstances, it might be better for your own health and well-being to retreat from certain circumstances. But your rights remain nonetheless. There are other subsequent remedies you can take after someone erroneously says, "Hey, you! You can't take a photo of that."

So, who the hell is Jim Norman and why has he proposed this legislation? It's interesting to note that he is not well liked in his district. He is recently elected, and ran unopposed. There was only one name for the seat he now holds. And yet, voting records report that up to an astounding 60,000 people either did not mark the ballot for him or opted for a write-in candidates who spent no money on campaign advertising. One was a pet store employee and one Kimberly Renspie, a North Carolina college student.

His candidacy was filled with scandal and lawsuits. His primary election opponent filed suit after that preliminary election exposing circumstances that Norman's wife purchased a $500,000 home in Arkansas with money from a local Hillsborough businessman. Because of the lawsuit, his name was removed from the ballot for the general election. He was able to get it reinstated on appeal, but it has not been smooth sailing for the freshman senator.

The speculation is that Norman is toting water for large agribusinesses. The kind of companies that don't want attention, whether it's because of the hiring of illegal aliens or of the inhumane practices for both people and animals on those farms. It's assumed his proposed legislation is targeted at animal rights activists who have a history of photographing and providing videos of questionable conditions for both humans and farm animals.

People for the Ethical Treatment of Animals' general counsel, Jeff Kerr, suggests that Sen. Norman show people where the food we consume comes from instead of making criminals of those who uncover malfeasance. Sen. Norman is taking aim at farm animal paparazzi. Because of his connections with big agriculture, a special interest law is being proposed. Big Florida agribusiness doesn't want any unwitting employment of undercover activists who have hidden cameras outing what is on the other side of that bucolic barn door. We'll see if the baby is also thrown out with the bathwater.

(Update: There is a small flicker of light at the end of this myopic tunnel. The National Press Photographers Association (NPPA) general counsel Mickey H. Osterreicher spoke with a member of Norman's staff and was assured that the bill would be rewritten to exclude felony criminal charges for photographs taken from public property. That was more than two weeks ago, and to date, no changes have been made.)

Barry B. Doyle's book, Dallas Iconography, was published in 2009.

MORE FROM Barry B. Doyle