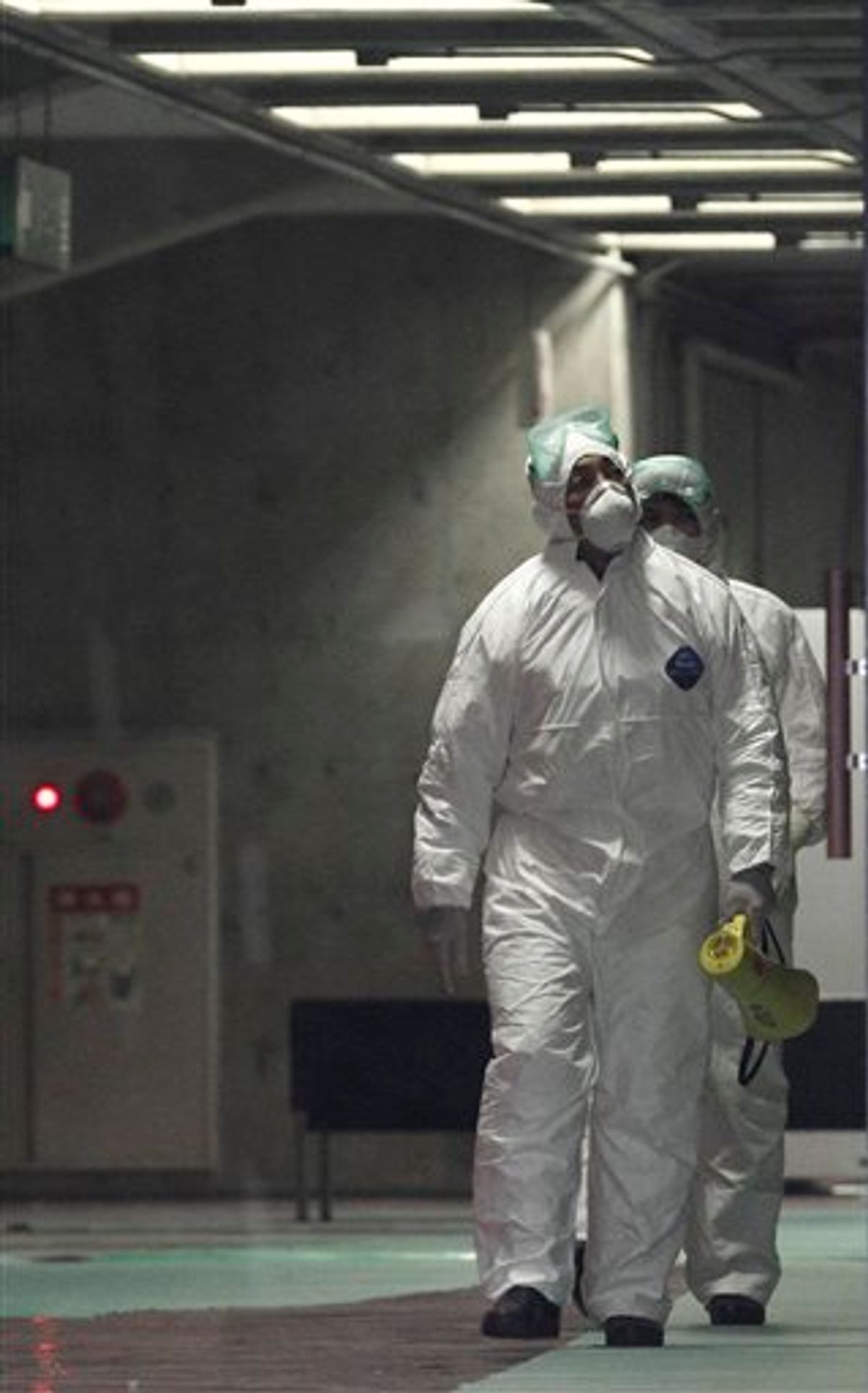 Officials wearing clothing to protect against radiation work in a center to scan residents who have been within 20 kilometers of the Fukushima Dai-ichi nuclear plant damaged by Friday's earthquake Tuesday, March 15, 2011, in Koriyama, Fukushima Prefecture, Japan. (AP Photo/Gregory Bull) (AP)
--

Nuclear officials say they may seek U.S. and Japanese military help to spray water from helicopters into an overheating spent fuel storage pool.

Tokyo Electric Power says it may use helicopters because of the risk of radiation contamination from approaching the pool directly. Air drops may also be more effective.

A Japanese official says the pool might be boiling, raising the risk that water used to keep the fuel cool might evaporate.

Officials are struggling to address the failure of safety systems at several of the plant's reactors after Friday's earthquake and tsunami.

Hundreds of aftershocks have shaken the region and Tokyo since, including one Tuesday night whose epicenter was hundreds of miles (kilometers) southwest and inland from the original offshore quake.