Though much news is grim, one resilient woman survived four days inside her house after it was swept away by waves 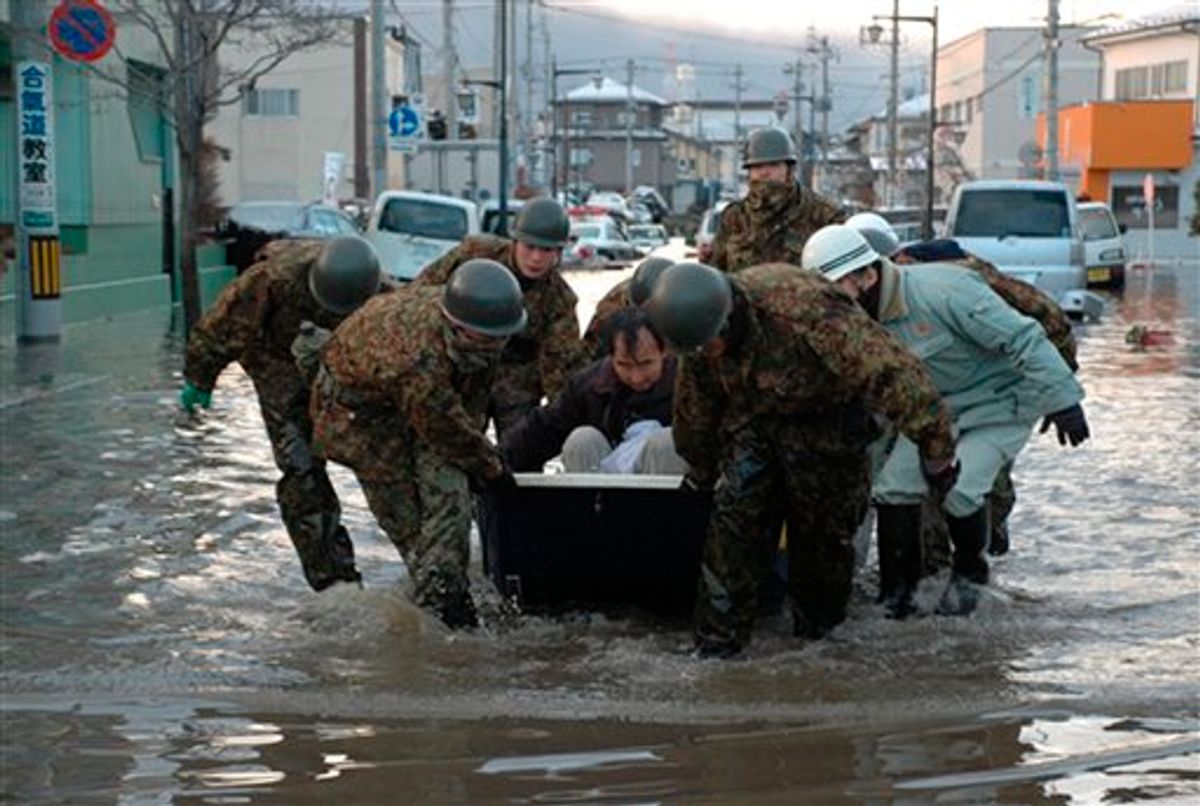 In this Saturday March 12, 2011, photo released by the Japan Defense Ministry, Japanese troopers escort a local resident as they help the evacuation of stranded people at Tagajo, northeastern Japan, after Friday's earthquake and the ensuing tsunami. (AP Photo/Japan Defense Ministry) EDITORIAL USE ONLY (AP)
--

Rescuers have found a 70-year-old woman alive four days after the disaster struck.

Osaka fire department spokesman Yuko Kotani says the woman was found inside her house that was washed away by the tsunami in northeastern Japan's Iwate prefecture. The rescuers from Osaka, in western Japan, were sent to the area for disaster relief.

Kotani said the woman was conscious but suffering from hypothermia and is being treated at a hospital. She would not give the woman's name.

Her rescue was a rare bit of news for Japanese traumatized by the disaster.