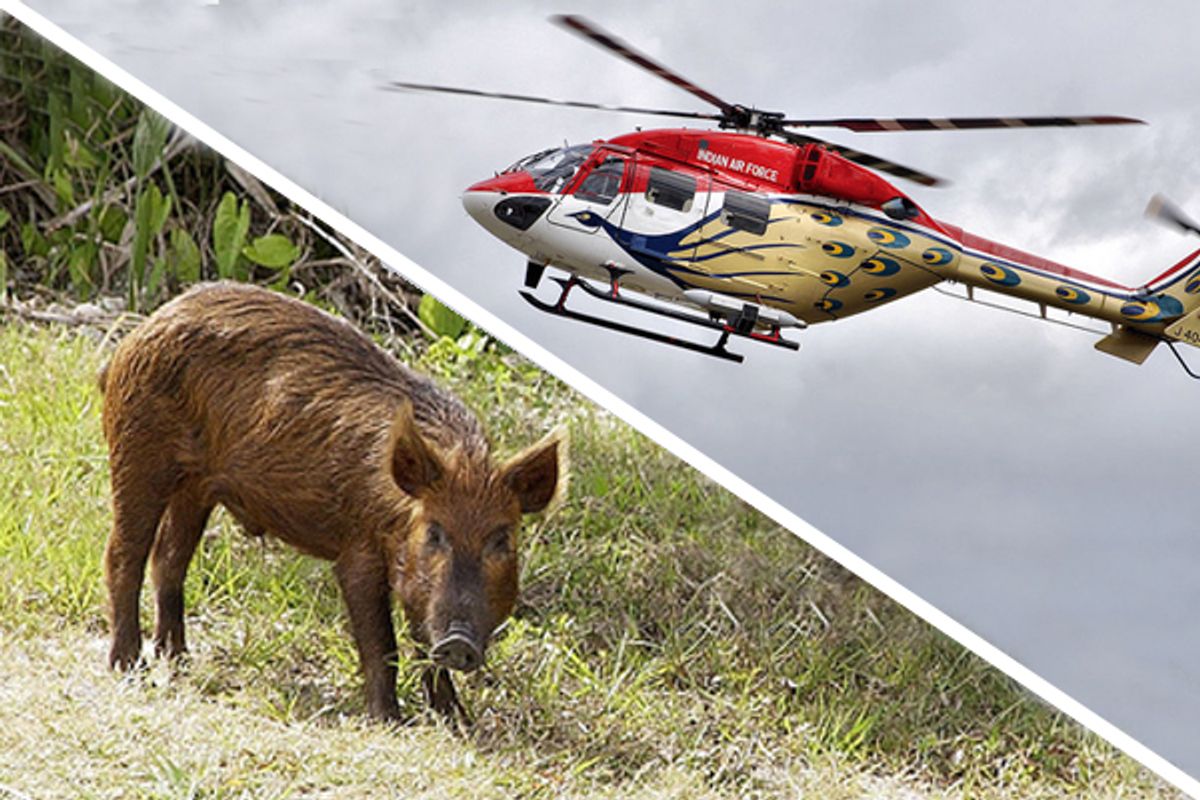 Kansas state Rep. Virgil Peck, R-Tyro, suggested Monday that the same methods used for controlling the feral pig population should also be used to control the illegal immigration problem. Those methods include shooting them from a helicopter. In Peck's words:

It looks like to me if shooting these immigrating feral hogs works maybe we have found a [solution] to our illegal immigration problem.

The discussion took place at a House Appropriations Committee meeting, and the only recognition to Peck's offensive jab at immigrants came from committee chair Rep. Marc Rhoades, R-Newton, who told Peck to refrain from making an "attempt at humor" that might be deemed inappropriate.

After taking criticism for the comment, Peck insisted further that he was kidding but that his constituents were extremely worried about the illegal immigration problem and the government response. As for the tone of the joke, Peck said, "I was just speaking like a southeast Kansas person."