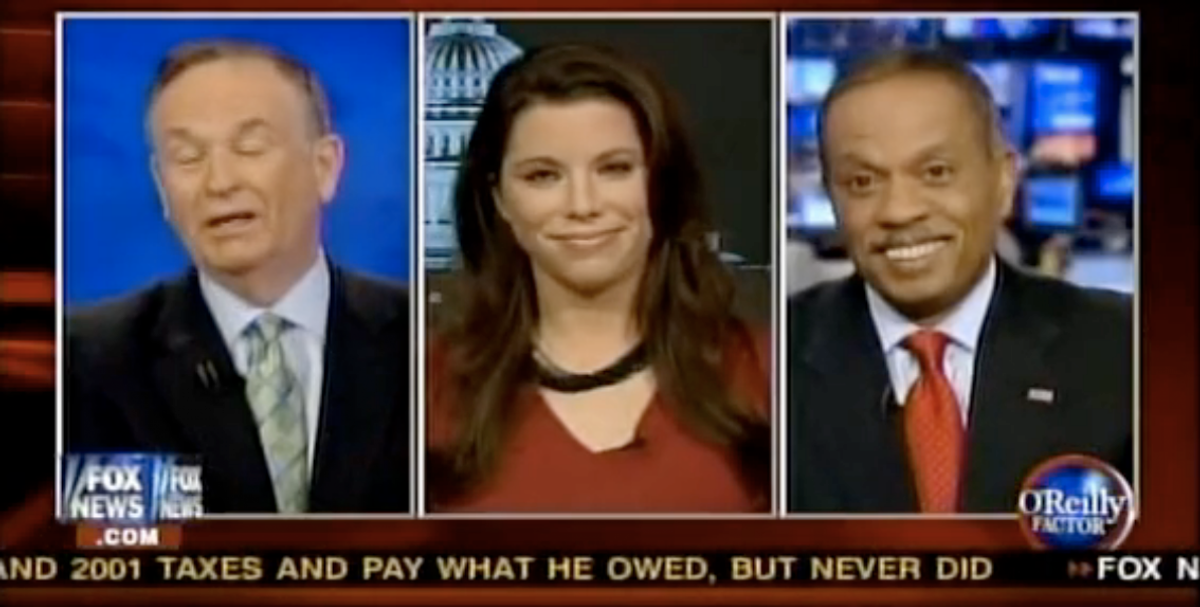 The media can sometimes be very sensitive -- and rightly so -- about news pundits who openly disparage Islam and its adherents. (Just ask Juan Williams.) But when Bill Maher said on his program Friday night that the Quran is a "hate-filled holy book," little controversy ensued.

Bill O'Reilly dedicated a portion of "The Factor" last night to dissecting the media's inarticulate response to Maher's incendiary speech. He even brought Juan Williams onto his show to cry "double standard!" To O'Reilly's credit, he qualified his own opinion on the matter by pointing out that the tragedy in Japan has overshadowed basically every other news story since Friday. (He also managed to sneak in a dig at Maher's presumably mediocre viewership.) Still, the overriding tenor of the segment seemed indignant. Said O'Reilly:

If a conservative, or even a moderate, journalist criticizes the Quran, all hell breaks loose in the media. But a left-wing comedian can pretty much skate on that.

O'Reilly overlooked a couple of caveats, though. First, it's not as if Bill Maher has free license to say anything he wants with impunity. Remember that in 2002, Maher's former show, "Politically Incorrect," was canceled after he disagreed with George W. Bush's characterization of the 9/11 terrorists as "cowards."

Fox has also taken its fair share of shots at Islam. Just look at the avalanche of anti-Islamic commentary that its pundits dished out during the "ground zero mosque" hysteria last fall. O'Reilly himself brashly insisted that the media was propagating a myth of "genteel Islam," as if such an idea was ludicrous.

Maybe there would have been more of a firestorm if someone at Fox trashed the Quran, as O'Reilly suggests. But that risk hasn't stopped Roger Ailes and his conservative posse in the past.