Starting with the 1st and 2nd, Stephen lauds America's basic law but can't decide which Amendment is his favorite 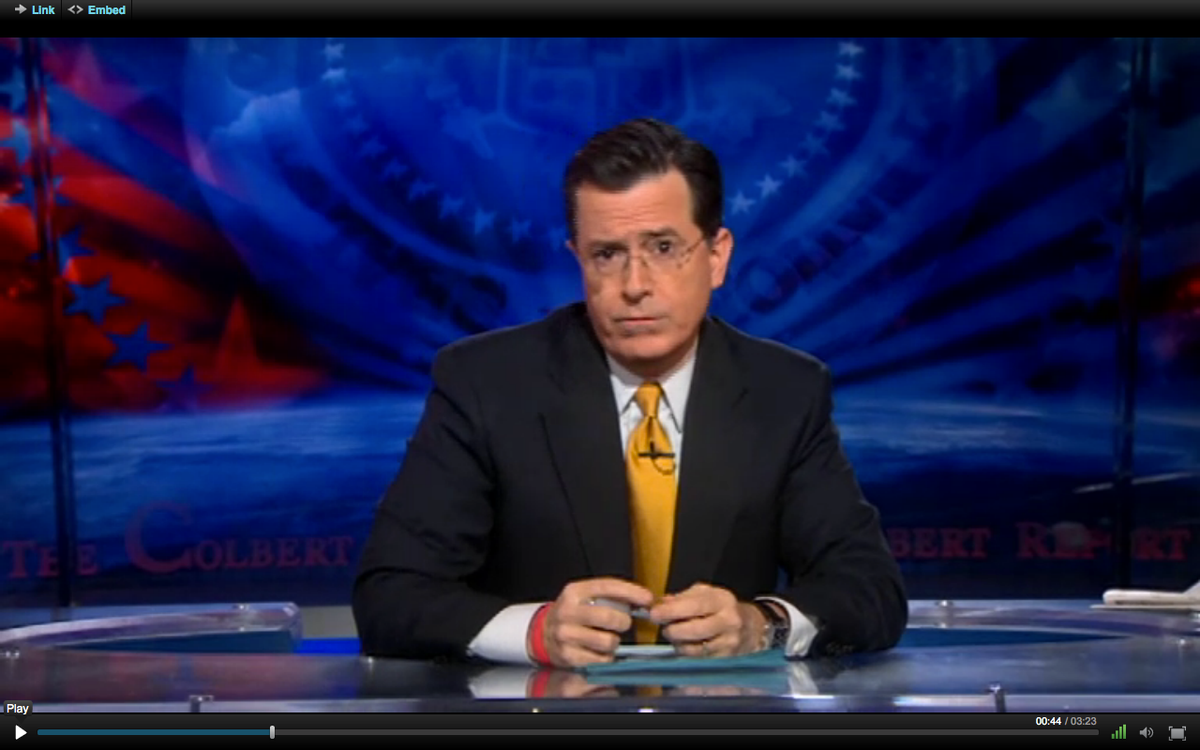 Stephen Colbert is famously, unabashedly patriotic. From the bald eagle that flies across the screen in his show's opening to the many, sometimes belabored ways he tries to dig through political rhetoric for the American Dream. With the next batch of new episodes stalled until next week, the Colbert Report producers chose to create a series of mash-up videos that celebrate the U.S. Constitution and Stephen's many segments devoted to these basic American rights.

What better to start with than the First Amendment? Stephen's particularly interested in freedom of speech through arson: