54 Republicans voted against the measure, which would push back threat of government shutdown should Senate pass 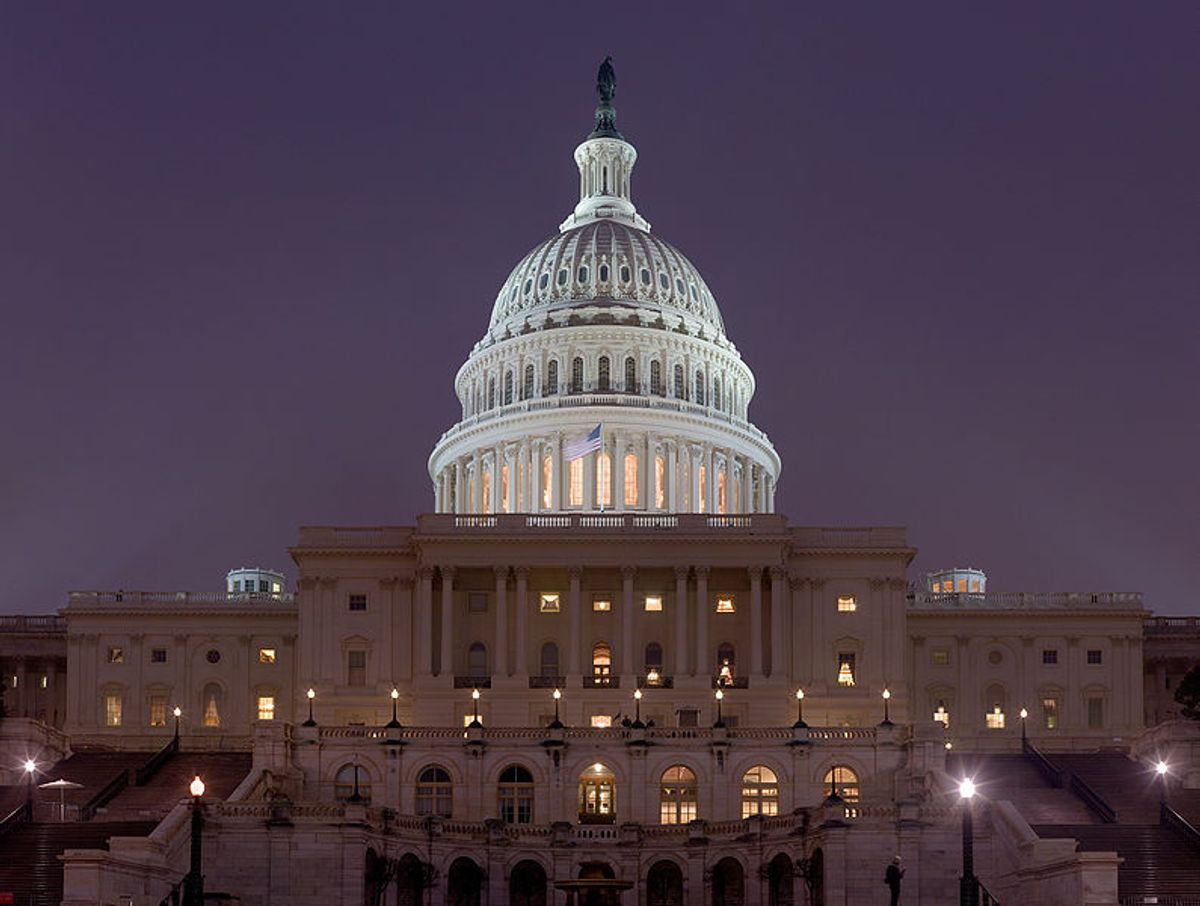 The House Tuesday passed a measure blending $6 billion in budget cuts with enough money to keep the government running for an additional three weeks.

The measure would buy additional time for talks between Capitol Hill Republicans and the Obama administration on a bill to fund the day-to-day operations of the government through the end of September. Those negotiations haven't gotten very far yet and House GOP leaders haven't shown much flexibility.

The measure passed by a 271-158 vote despite opposition from some tea party-backed conservatives who said it "kicks the can down the road" instead of imposing steep and immediate spending cuts. The $6 billion cut by the measure includes many items that the Obama administration and Democrats agree can be axed. Fifty-four Republicans opposed the bill.

"It's a small down payment on our commitment to the American people that we'd have real fiscal responsibility," said House Speaker John Boehner, R-Ohio.

The measure moves to the Senate, which is likely to clear it for Obama's desk later this week.

Prospects for agreement on a longer-term measure remain uncertain, however, as Republicans dominating the House are insistent on a measure mixing steep spending cuts with numerous policy provisions, including a ban on federal funding for Planned Parenthood and to strike money to bankroll implementation of President Barack Obama's signature health care law. Those provisions, as well as language to block the Environmental Protection Agency from regulating emissions thought to contribute to global warming.

Those policy riders are strongly opposed by Democrats and Obama and are likely to be at the center of any impasse that leads to a partial government shutdown.

"They are using the budget to try and shoot the moon on a wish list of far-right policy measures. If this debate were about spending cuts we could probably come to an agreement before too long," said Sen. Charles Schumer, D-N.Y. "We do not want any of these controversial riders to be in the bill. That's the bottom line."

At issue are the daily operating budgets of dozens of federal agencies that have been kept open under a series of stopgap bills since the 2011 budget year began last October. Last month, House Republicans passed a $1.2 trillion measure that makes sweeping cuts to the domestic programs -- averaging about 13 percent -- that Congress funds every year. The cuts would feel almost twice as big since they would be stuffed into the second half of the budget year ending Sept. 30 and would likely lead to furloughs of thousands of federal workers.

Both the long- and short-term spending measure are required because Democrats controlling Congress last year failed to enact a single one of the 12 annual appropriations bills.

Democrats left the country with the current budget problems, said Rep. Mike Simpson, R-Idaho, who added: "They should not complain about how we try to clean this up."

The larger GOP measure made cuts of more than $60 billion to those operating budgets. The measure would cut college aid for the poor, aid to local school districts and eliminate federal funding of public broadcasting and family planning programs.

The House measure ran into a brick wall in the Democratic-led Senate, where Republicans in turn blocked a Democratic bill that would cut about $50 billion less.

House GOP leaders say that they can't negotiate in earnest until the Senate moves in their direction, and they note that the Senate Democratic alternative received fewer votes than the House measure in back-to-back tallies last week. But Boehner stops short of demanding that the Senate actually pass a bill -- which would require Republican support -- as a prerequisite for further negotiations.

"I'd like to know what the Senate position really is," Boehner told reporters Tuesday.

The stopgap measure passed over the objections of tea party-backed conservatives unimpressed by measure's cuts, which blend $3.5 billion in cuts endorsed by Democrats with $2.6 billion saved by cutting numerous accounts that have in the past been slush funds for lawmakers' back-home parochial projects. House Republicans have imposed a ban on such "earmarks," so it's easier to cut the accounts.

"By giving liberals in the Senate another three weeks of negotiations, we will only delay a confrontation that must come," said Rep. Mike Pence, R-Ind. "I say, 'Let it come now. It's time to take a stand.'"

The frustration on the GOP right is matched by anger among Democrats who feel that Republicans haven't sufficiently engaged with the Senate and the White House. The combined sentiment suggests that Tuesday's stopgap spending measure -- keeping agencies running through April 8 -- could be the last one before a battle that could lead to a partial shutdown of the government.

Stoking the fire are tea party activists pressing both for steeper immediate spending cuts and resolution of the impasse so that lawmakers can move on to other priorities, such as tackling government benefits programs like Medicaid and Medicare, which are the real drivers of the nation's long-term deficit woes.

"This is weak incrementalism in a time when we need bold and visionary leadership from Congress and the president," said Mark Meckler, national coordinator for Tea Party Patriots. "Kicking the can down the road will not do."