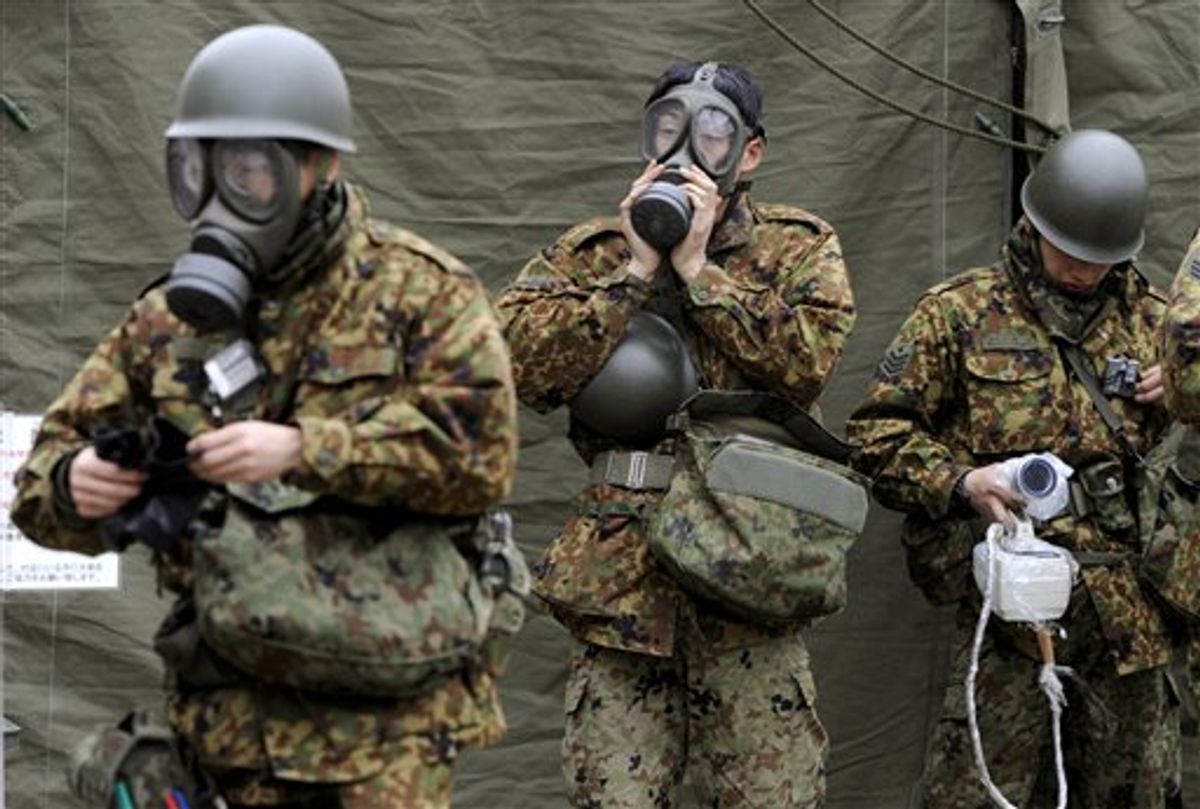 More U.S. military crews are being exposed to radiation as they press ahead with relief flights over Japan.

And the Navy said Tuesday that it's sending some ships to operate off the country's west coast rather than east coast. That's to avoid hazards from the huge debris field left in the ocean by last week's tsunami and to be farther away from radiation leaking from troubled nuclear power reactors.