How the Japanese earthquake finally grounded me

The disaster didn't affect my home in Kobe, but it made me realize that, after 20 years, I belong here 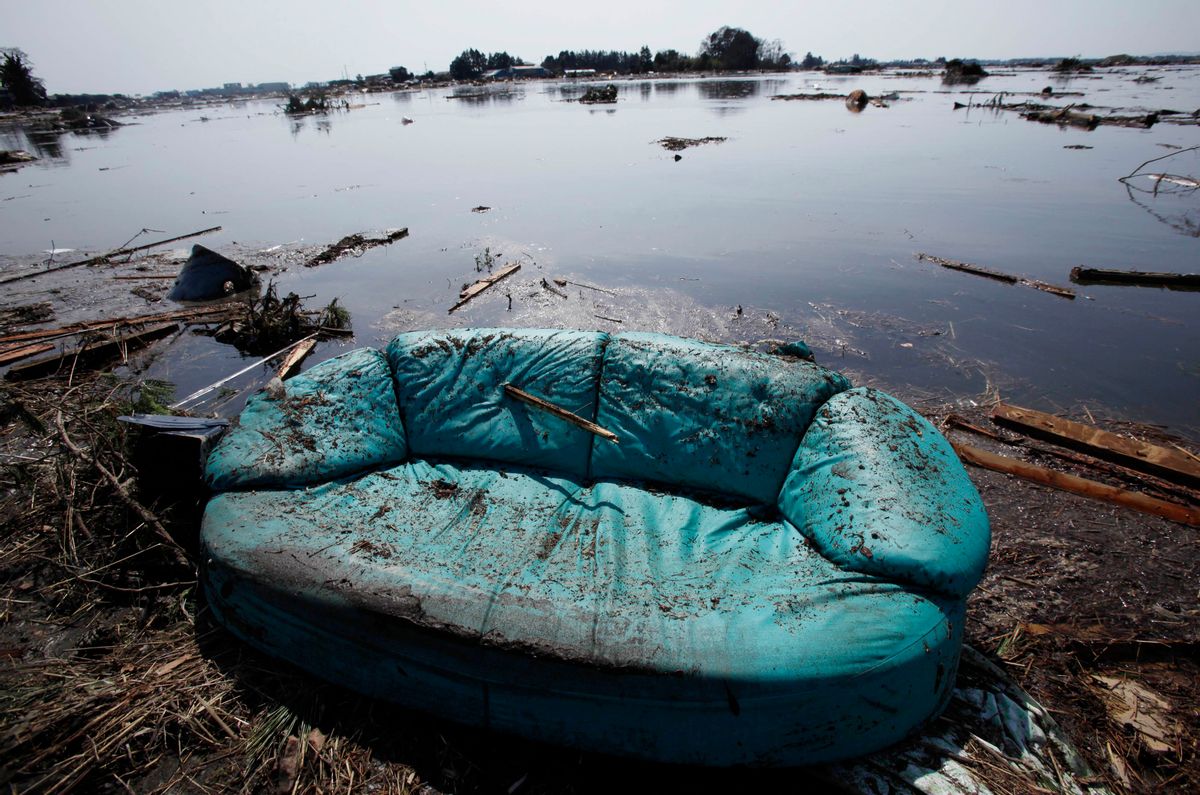 I always thought a natural disaster would make me feel like a foreigner in Japan, that even after 20 years of living here, I would desperately need to get back home to the U.S. Instead, I find myself more grounded here than ever, feeling unbearable sadness as I look at the shocking post-tsunami photos: Japanese children and adults, small hands and feet emerging from the rubble.

The disaster did not threaten my family here in Kobe, but it's clear I'm experiencing this so much differently that my friends back in America. I'm not saying there hasn't been a sincere outpouring of kindness and concern from my friends and family, but there is a natural distance. Most people knew little about Japan. Watching Western coverage, I saw that in so many ways: Early newscasts whose only point of Japanese reference was Tokyo, the misidentification of places shown in disaster scenes, the insistence on calling prefectures "states," or a frightening ignorance, like the CNN announcer who was certain that the meltdown in the nuclear reactor was influenced by the weather. I've heard people comment that the video footage looked like a Hollywood movie, people who compared the scenes to Monopoly boards. They are not cold or uncaring. They are just looking at someone else's tragedy, not their own.

The earthquake's epicenter was far to the north of my home. I felt the tremor only slightly, as if I had a short bout of vertigo. No buildings here were destroyed, no people here dead, not even a bookshelf tipped over. Yet when I watched video of the tsunami rushing inland in Miyagi-ken a few hours later, I felt horror stronger than any I have ever felt before. I saw the black wall of water rushing over the type of farms that surrounded me for many years, inundating homes like those of close friends, toppling the types of buildings I have lived and worked in. I knew instantly there were going to be many people dead.

I spent yesterday and today talking to my colleagues and Japanese trainees, many of whom survived the 1995 Great Hanshin Earthquake that killed more than 6,400 and destroyed 200,000 buildings, though it was much weaker (magnitude 7.2) than this 9.0 quake. The train station I use every day was destroyed in that quake, the highway I regularly drive down had been twisted and toppled, and so many people here had their homes destroyed. The people of Kobe understand what the people of Tohoku are going through.

Those devastated places -- these are places I have visited. Those people dead  and injured and displaced -- maybe they are people I have talked to, or family members of my students and colleagues. On the day of the quake, a colleague did not have any word on his in-laws who still live in Sendai (Miyagi Prefecture). Another colleague who lives in Ibaraki Prefecture discovered that a bridge near his house had collapsed and the people on it had died. One of my closest friends in Japan spent three years living in Iwaki City, Fukushima Prefecture, site of terrible devastation from the tsunami and the nuclear reactors in question. She used to go running on the beaches where the tsunami hit. The father of the host family she had lived with worked in the nuclear power plant.

When I see the footage of the trains swept away in the tsunami, I know that I might have once ridden on that train line. When I see the footage of the cars trying to escape the oncoming tsunami, I remember driving roads that looked the same, over rice fields that looked like those, in cars that looked like the ones that remind you of Monopoly pieces. I look at the wreckage of Sendai and think of the little restaurant I ate at in Sendai a year ago, or wonder if the hotels I stayed at still exist, or if the people I had met on my last business trip to Tohoku in December are still alive.

One of my high school teachers wrote to me recently. She said: "Good to hear that you and yours are OK. Many prayers and kind thoughts are in the works for your country. Stay safe."

That's when I realized something that I had not yet understood: This is my country now, and these are my people. In this moment that I ache unbearably for the countless dead, I am thankful for this tiny, unexpected gift -- of finally understanding that I am home.