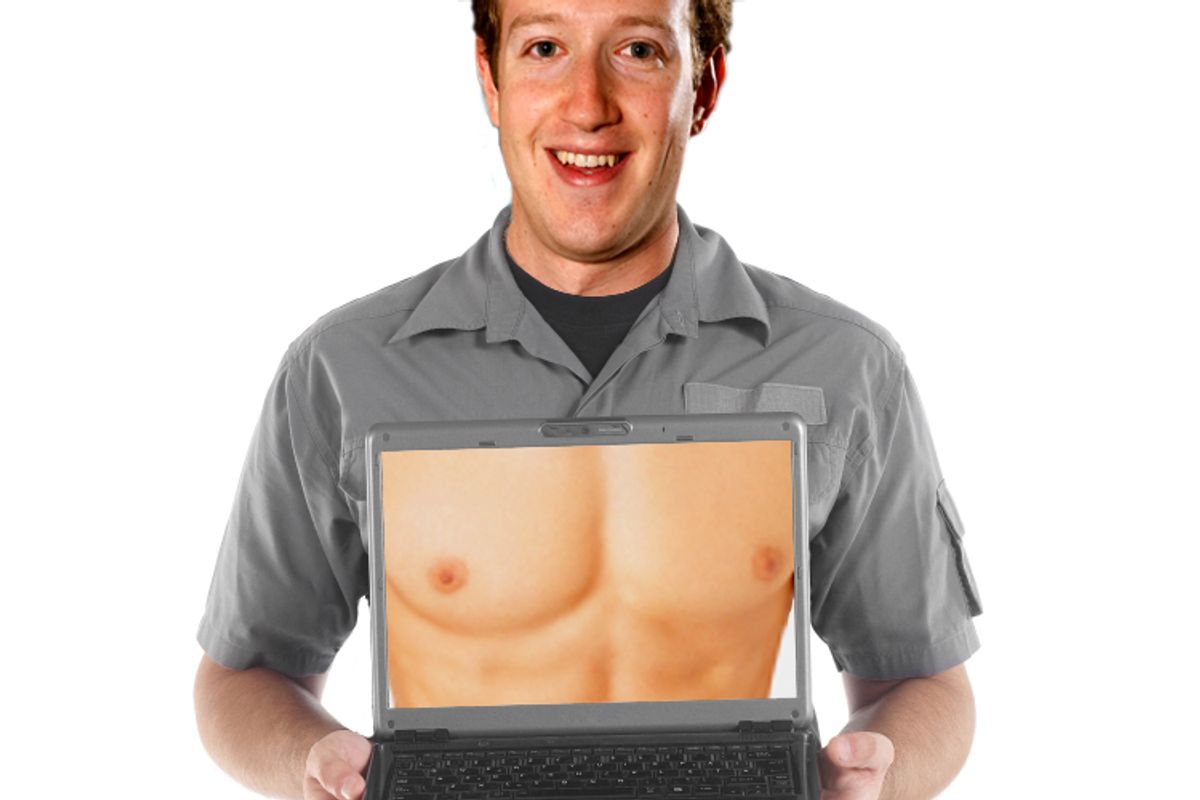 FalseFlesh, which bills itself as "adult image editing software," claims to be "like X-ray vision" and to allow you to "see what your friends look like naked." More accurately, it helps you to paste someone's head onto someone else's nude body. It also offers the modern equivalent of the mirror on the shoe, declaring that it lets you see under fabric "by filtering out gamma/infrared rays of light and allows for the visual enhancement of breasts and nipples creating a see through effect." FalseFlesh is hardly the first program to allow you to do this -- there's this thing called Photoshop? -- but it's certainly one of the only ones to market itself for that express purpose. And the promotional angle is the really interesting thing here (yes, aside from the nudity, pervs).

The website makes it clear that turning real-life acquaintances into pornographic fantasies is the draw: "Imagine being able to copy/paste pictures from Facebook or MySpace of girls you actually know into FalseFlesh." Mentions of the social networking sites are littered throughout the site, and the dubious testimonials section offers up gems like this: "My girlfriend has a really smoking hot younger sister. I had always been quite curious about what her sister looked like naked. FalseFlesh let me do just this ... and also stay out of trouble with the GF." And this: "I had a professor for one of my psychology classes who was just gorgeous. Even though she was in her mid-thirties her body was just perfect. I copied the picture she had up on her syllabus webpage to use with FF. The results were even better than I expected."

The site also includes some testimonials from ladies who have tried out the program. A married woman says she "hosted a Girls Night In, where we all … spent the evening having the software make everyone's 'dream man' in the nude."  There's also a spurned lover who claims to have used the program for revenge: "I loaded [my ex-boyfriend's] picture into False Flesh and had the software give him a less than flattering, well you know. I also anonymously sent the picture to his guy and girl friends. He still doesn’t know it was me!!!!" People, of all sexes, can be such charmers.