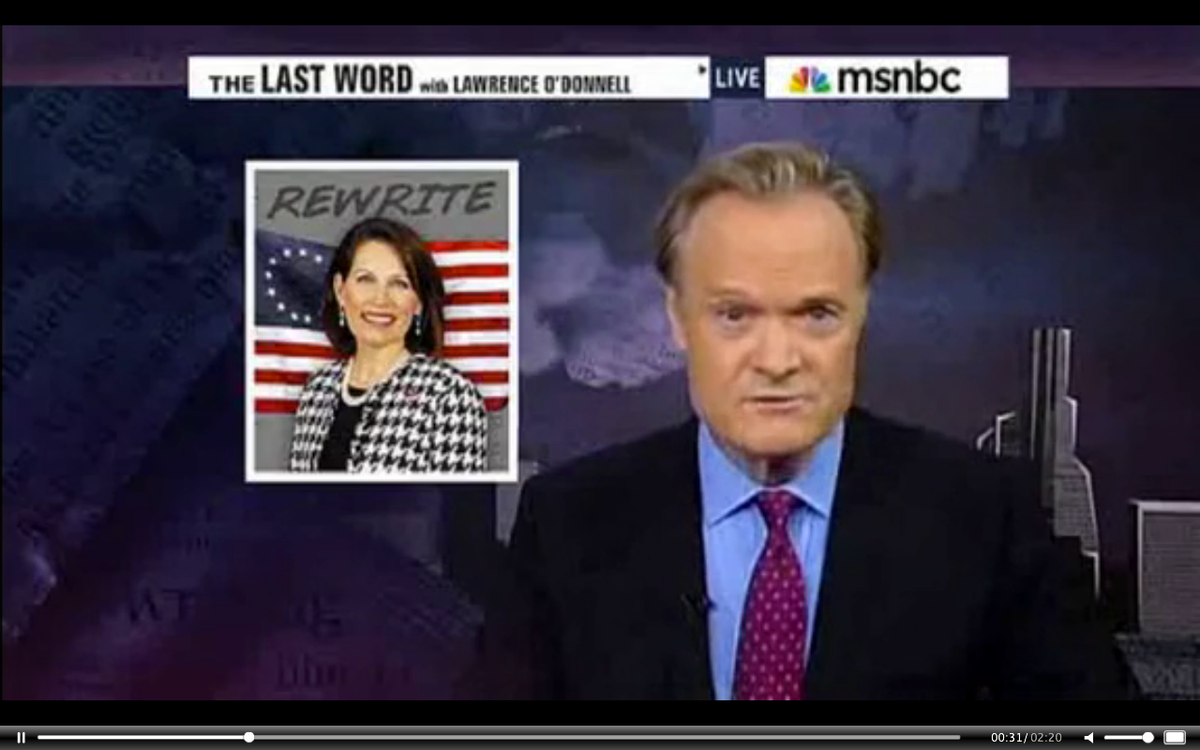 Lawrence O'Donnell targeted Michele Bachmann on his show last night. Bachmann's latest public speaking gaffe in Concord, New Hampshire showed a misunderstanding of basic U.S. history. "You're the state where the shot was heard around the world in Lexington and Concord," Bachmann said last Saturday referring to the first battle of the Revolutionary War -- which took place in Concord, Massachusetts. This of all mistakes must have struck a chord with her own Tea Party movement who root their political beliefs so deeply in the Revolutionary War. Bachmann has since apologized for the mistake saying simply, "I made a mistake."

Bachmann's poorly fact-checked remarks left O'Donnell wondering not only who writes her speeches but also who elected her. Sparing no unkind words, O'Donnell suggests that Michele Bachmann's constituents are simply not that smart:

There are many many ignorant members of Congress and many ignorant senators, but they are protected all day long from revealing most their ignorance by staffers who are hundreds of times smarter than they are. Perhaps all of Michele Bachmann's staff comes from her district which may be the most ignorant congressional district in America.

Watch the clip in full: