The Mississippi governor expresses skepticism about the war in Afghanistan 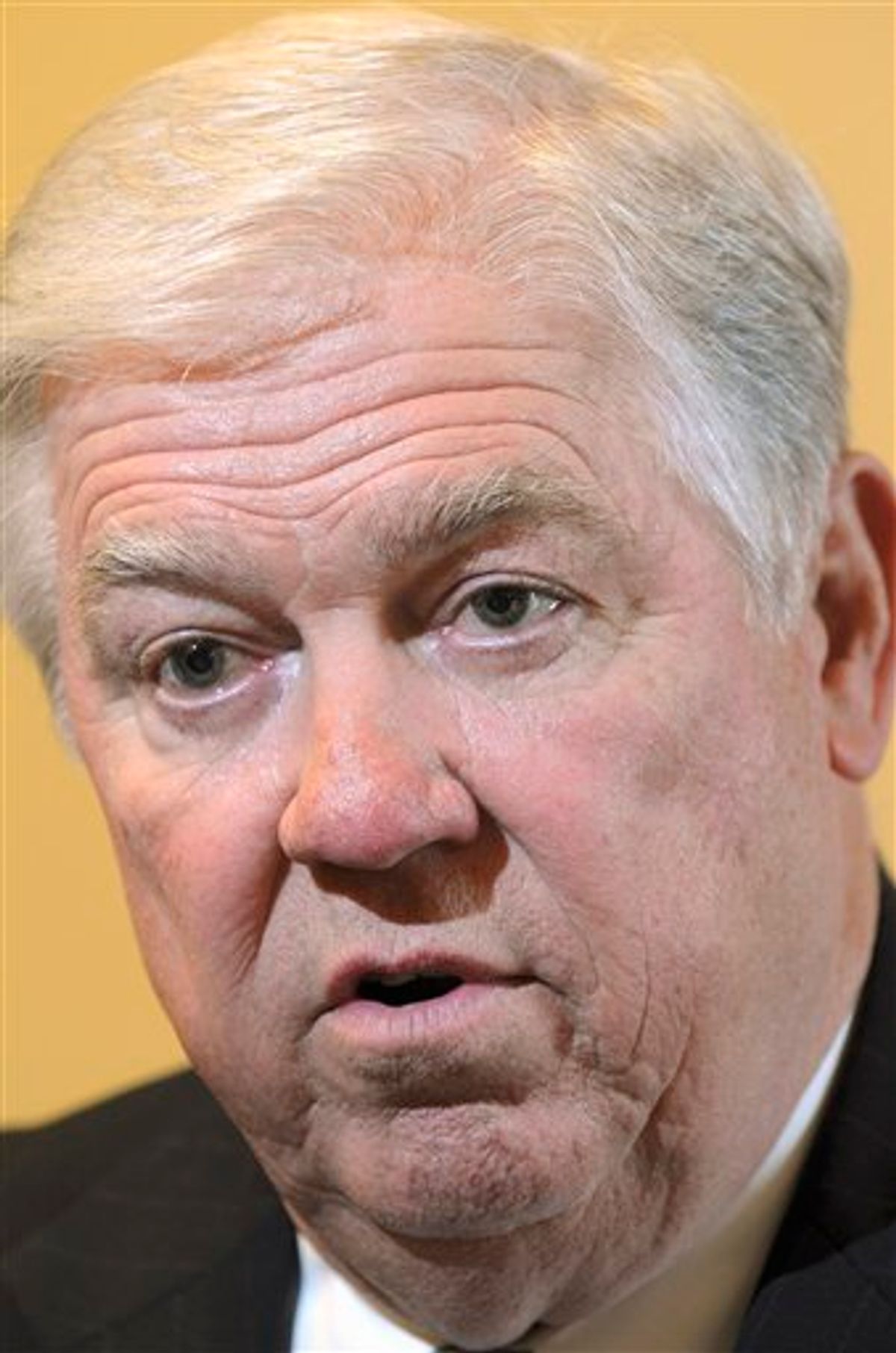 FILE - In this Feb. 21, 2011 file photo, Mississippi Gov. Haley Barbour speaks in Des Moines, Iowa. Cut spending, no matter what. Dont let the government borrow any more. Shut it down if you have to. The cast of potential White House contenders is telling Congress to be tough, cut spending and, if necessary, close the doors to federal agencies if the Republicans dont secure enough concessions from Democrats. However dangerous such brinksmanship is for lawmakers, and the country, it offers White House hopefuls the opportunity to criticize Washington spending while portraying themselves as the commonsense alternatives. (AP Photo/Steve Pope, File) (AP)
--

He also said that the U.S. should consider reducing the number of troops in Afghanistan. "I think we need to look at that," he said when asked if the U.S. should scale back its presence.

That last line echoes an argument made to me by Pennsylvania Gov. Ed Rendell in an interview late last year: a CIA report estimated there are under 100 Al Qaeda members in Afghanistan, so the U.S. should not be pouring so many resources into the country.

It's perhaps not a coincidence that Barbour, who is known as more of a political operator than a policy thinker, decided to reveal his skepticism about Afghanistan on a day when a big new poll showed a large majority of Americans opposing the war. That said, Barbour did not take a specific position on what the U.S. should actually do in Afghanistan. (In this way he is like Mike Huckabee, who last month expressed some combination of doubt and puzzlement about the issue.)

Now, look out for a round of columns from the neocon wing of the GOP railing against Barbour for questioning the war. Keep an eye on this URL. Can Barbour take the heat?