Clinton: No interest in job if Obama wins in 2012

Secretary of State says she's retiring from public service after 2012 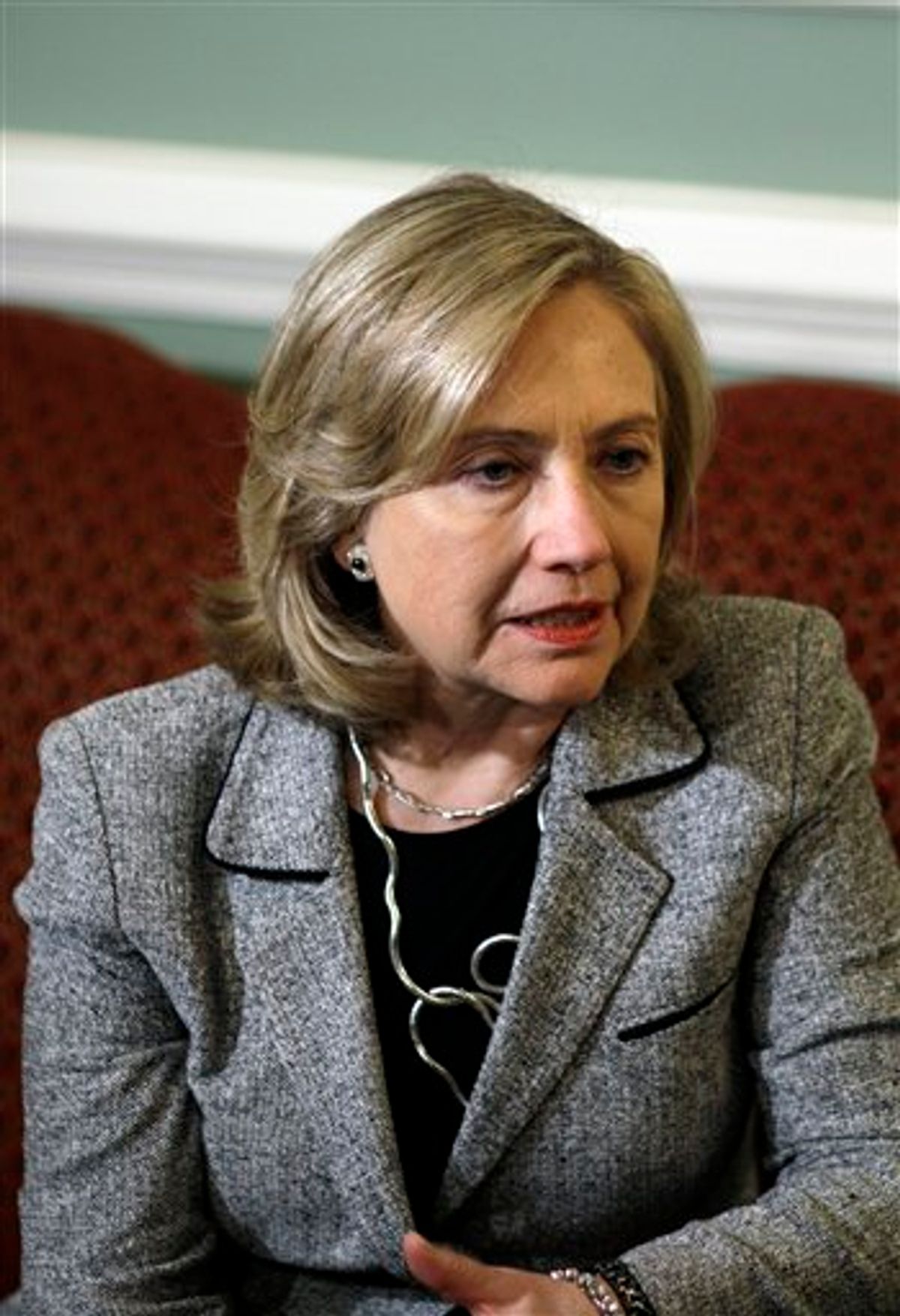 Secretary of State Hillary Rodham Clinton said Wednesday she does not want to stay in her job if President Barack Obama wins a second term in 2012.

The nation's top diplomat also firmly said she neither has plans to mount another White House bid nor interest in other posts, such as vice president or defense secretary.

Clinton, visiting Cairo, was asked whether she would stay on in a second Obama term. She also was asked if she would like the jobs of president, vice president or defense secretary. She offered single word responses to each: "No."

Speculation about Clinton's future is always high and she has been mentioned as a possible successor to Defense Secretary Robert Gates, who has told Obama he is stepping down. In an interview with CNN, Clinton made clear she has no interest in running the Pentagon or repeating her 2008 presidential run.

"You know, I had a wonderful experience running and I am very proud of the support I had and very grateful for the opportunity, but I'm going to be, you know, moving on," Clinton said.

"I am doing what I want to do right now and I have no intention or any idea even of running again. I'm going to do the best I can at this job for the next two years," she said.

Clinton and Obama competed in 2008 for the Democratic presidential nomination. Obama bested her, won the White House and then named his one-time rival his top diplomat. Clinton immediately became one of the highest profile members of Obama's Cabinet. She has kept a busy international schedule and has been mentioned as a possibly candidate in 2016.

"There isn't anything that I can imagine doing after this that would be as demanding, as challenging or rewarding," Clinton said.