Joe Miller in hot water for ties to militia leader 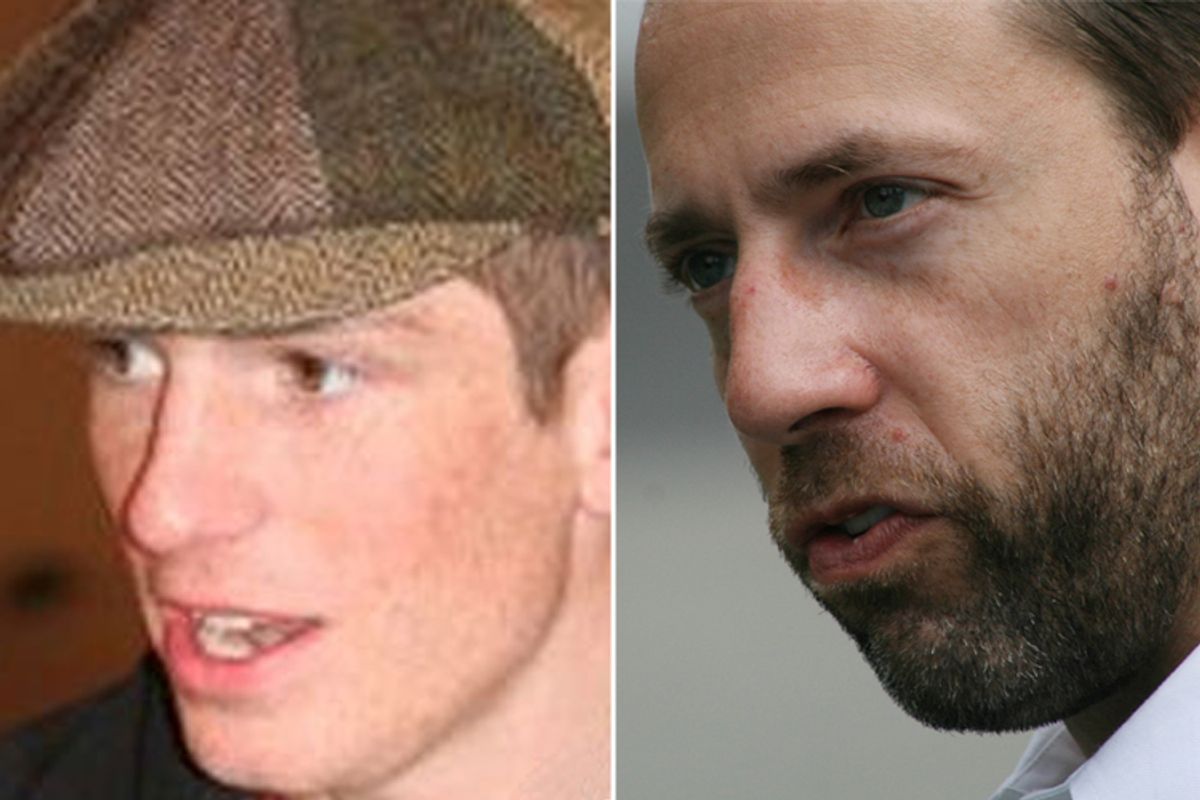 Last year, I did a lengthy story outlining the support Alaska Tea Party Senate candidate Joe Miller was getting within the state's militia movement. Now, one of the militia leaders I interviewed -- 26-year-old Schaeffer Cox -- has been arrested and charged in a lurid plot to kill judges and state troopers.

This is something of a political problem for Miller -- who, despite his election loss last year, pretty clearly still has national ambitions -- because Cox told me last year that he and Miller were friends.

Cox has been locked in a battle with authorities since he was arrested in March 2010 for failing to reveal he was carrying a concealed weapon when approaching a police officer, according to the Anchorage Daily News. Cox went into hiding at a friend's house and allegedly began plotting an elaborate revenge plot in case authorities came to arrest him or take away his baby. The FBI was secretly recording conversations between Cox and other militia members. The ADN quotes from the complaint describing what was planned if the police came for Cox:

"The plan would then have the tactical teams going to the target's houses, cutting the power, shooting the inhabitants as they come out to check on their power; then the team would kick the target's residence's doors in, kill everybody inside and set the house on fire. Then the team would lay in hiding and take out the initial responding officer before moving on to the next target."

Making the plot more serious, Cox and his friends are also charged with possessing illegal weapons, including grenades and machine guns.

When I spoke with Cox, he came off as an articulate true believer who had a well-formed, if extreme, worldview. He described himself to me as the commander of the Alaska Peacemakers Militia, which he claimed had a membership of 3,500 armed men. Cox knew Miller because both live in Fairbanks. In my story, I paraphrased Cox's statement that he is friends with Miller, but also, that, as a radical, he could not support either political party. "He's going to try to run things in a more conservative way, but he's still trying to run things -- so he has the same fundamental problem of all the other politicians," Cox said.

The link between Cox and Miller was picked up by Reuters when charges were announced on Friday. In response, a spooked Miller released a statement to reporters distancing himself from Cox:

Former US Senate Candidate Joe Miller is disputing the media's characterization of him as a “close friend and associate” of arrested Alaska Militia leader Schaeffer Cox.  Mr. Miller became acquainted with Mr. Cox through Republican Party politics, not unlike many other State leaders. Mr. Cox offered no tangible support to Miller's run for the US Senate; he was neither a campaign contributor nor volunteer; and, save for public forums during the campaign, has had no contact with Mr. Miller subsequent to his run-ins with the law early last year.  To the contrary, Cox himself was critical of Miller during last fall's campaign. ("Schaeffer Cox of Fairbanks, commander of the Alaska Peacemakers Militia, tells Salon he isn't a Miller supporter.")  Mr. Miller has never had any connection to any of Mr. Cox's militia organizations, and in no way condones any lawless behavior.

With Cox newly relevant, I looked back at the notes of my interview with him last year.

"I know Joe Miller pretty well. It's a small state. I've known him, I know his kids," he said, adding: "He's a good guy and we're buddies."

But it's also true that Cox did not share Miller's politics. He told me:

"Joe Miller is still operating under the conventional government wisdom of 'might makes right.' I don't want a conservative person running my life, and I don't want a liberal running my life, except me. [Miller] has real conservative, traditional kind of values, but I don't think he grasps the fundamental idea of self-ownership as an individual. I think he still thinks in terms of a collective. Maybe he would do a better job than the next guy at tweaking the collective, but I think that's a dead end."