We grant Twitter and Facebook invaluable promotion under the pretense of being "tools of democracy." I don't get it 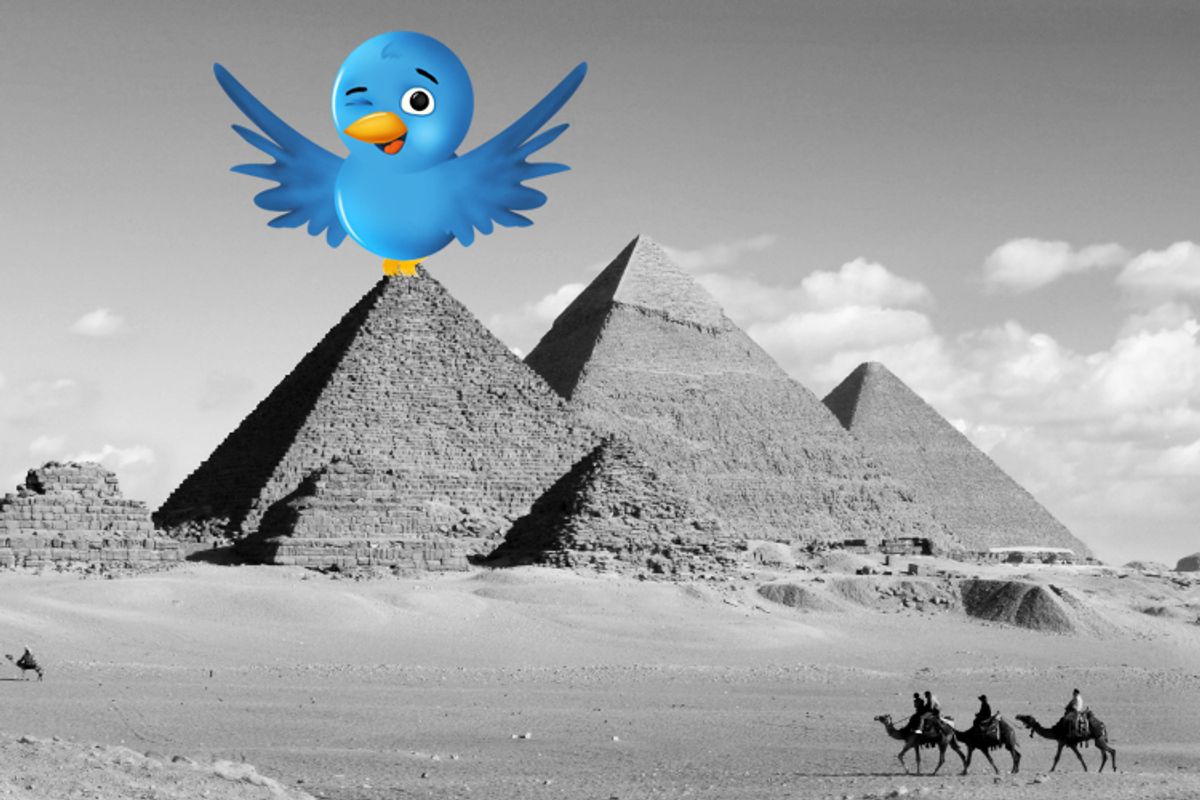 The premise of my March 9 column was a simple if controversial one: that encouraging and funding the spread of digital technology in the developing world represents a distorted sense of priorities.

I argued that the poorest people in these countries need clean drinking water, decent healthcare and basic sanitation above and beyond Wi-Fi and free laptop computers. And, in general, I find it difficult to reconcile the focus of many developing world governments on large-scale, high-end projects -- like airports -- without first addressing the ground-level health, educational and environmental nightmares facing their populations. Does a place like Senegal, with 50 percent literacy and strewn with garbage from one end to the other, really need a new, multibillion-dollar airport?

As expected, not all of you were sympathetic.

Said one of your letters: "But on the other hand, would Mubarak have been thrown out of office had the people of Egypt not had cell phones and Internet connectivity? Very doubtful."

In retrospect, emphasizing the example of cellphones in my article was probably a bad choice. I realize how valuable these devices can be to the rural poor. I've met many small-scale vendors, merchants, tour guides, etc., in Africa and elsewhere, for whom a mobile telephone is essential to making a living. They are more than a mere convenience in parts of the world where land-line connections are unaffordable or nonexistent.

But as for the situation in Egypt, I'm not convinced.

This is veering slightly off topic -- and ignoring for a moment the fact that Egyptian authorities had shut down wireless networks and the Web during most of the fracas -- but I don't buy the argument that social networking has become indispensable in fomenting mass-scale dissent. We began hearing of its necessity after events in Iran a couple of years ago, and now a protest can't go by without some pundit wondering aloud if we are witnessing the "Twitter Uprising," or the "Facebook Revolution."

I'll remind you that people have been revolting since the beginning of history, and each generation has its own means of organizing. This generation's tools are particularly effective, no doubt, but this is one of the great conceits of our time -- the idea that without the Web and mobile communications such things wouldn't, or couldn't, happen. (Gladwell did a piece about this not long ago in the New Yorker.)

Most nauseating is the way Twitter and Facebook are granted invaluable promotion and advertising under the pretense of being "tools of democracy." These are commercial products. It is nothing short of incredible how we have allowed these corporate entities to invade, and in many ways define, our ethics.