Thousands of future jihadists are born in the U.S. to students and tourists every year, according to a guy 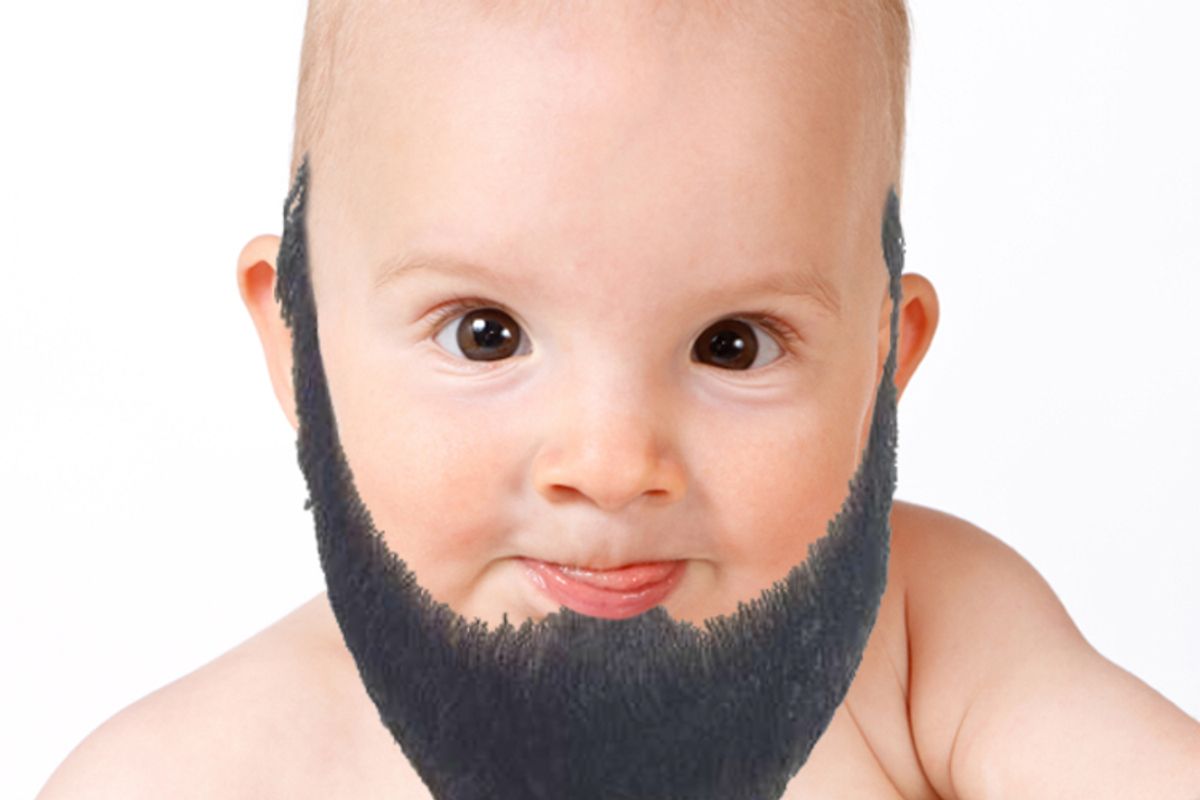 Via the National Review's Mark Krikorian, I see a new study by the anti-immigration Center for Immigration Studies that proves that the birth tourism -- or "terror baby" -- crisis is even more serious than we all thought. The study is so rigorous and important that its author, a "retired government employee," wrote it under a goofy pseudonym. (Was he worried he'd be fired from his job as a retired person?)

The report is full of very serious and chilling facts and figures and conjecture. Illegal immigrants are having babies every day! Between 300,000 and 400,000 babies are born to illegal immigrants every year, according to some other study by this group. But there is an unexamined terror baby menace: the children of people who aren't illegal immigrants. Did you know that the United States allows women from around the world to study and temporarily visit the United States on vacations or holidays? And some of those women may rudely eject offspring while they're here without doing us the courtesy of returning to whatever stupid countries they're from? This report uses math to produce a very proper-looking table that says that nearly 200,000 babies may theoretically be born to non-immigrants who are visiting the U.S. legally every year!

"Real consequences can attach to birthright citizenship," the study's pseudonymous author writes. Not a single consequence is actually named. But you never know! These babies are national security risks! Maybe the baby will eventually sponsor its terror-parents for citizenship! Twenty-one years after they have the baby. (Only 4,000 people a year are made citizens after being petitioned for by their children.)

The only actual example of a terror baby I have ever seen seriously mentioned is of course mentioned here: Anwar al-Awlaki, the radical cleric who hates America despite everything we've done for him. Al-Awlaki was born in the U.S. to a Fulbright Scholar from Yemen who was quite obviously here legally and not for the specific purpose of having an American citizen baby, let alone a terror baby. Al-Awlaki moved to Yemen when he was 7, and when he returned to the United Sates to attend school he claimed he had been born in Yemen. His citizenship has not really aided or protected him in any serious way. So ... yes, perfect example of the terror baby problem.

Mark Krikorian has another example: Yaser Esam Hamdi, who never would've returned to the United States if we hadn't captured him in Afghanistan and shipped him to an American military brig. Terror baby! Babies born in the U.S. may eventually end up fighting against us when we invade their nations! Ban babies! (Hamdi's citizenship allowed him to actually sue the government for his due process rights, which seems to be the right's real problem with birthright citizenship in his instance.)

As Adam Serwer points out, despite that scary sounding number of potential tourist-baby births in this study, based on the fertility rates of various groups of temporary legal visitors, "91 percent of children born to undocumented immigrants in 2009 and 2010 came to the U.S. before 2007," which suggests that the whole having a baby in the U.S. in order to get it citizenship and then returning to your home country to inculcate it in hatred for America while waiting for the day when all of you can somehow use that citizenship to carry out a terrorist attack that a non-citizen couldn't have carried out threat might be a tad overstated.