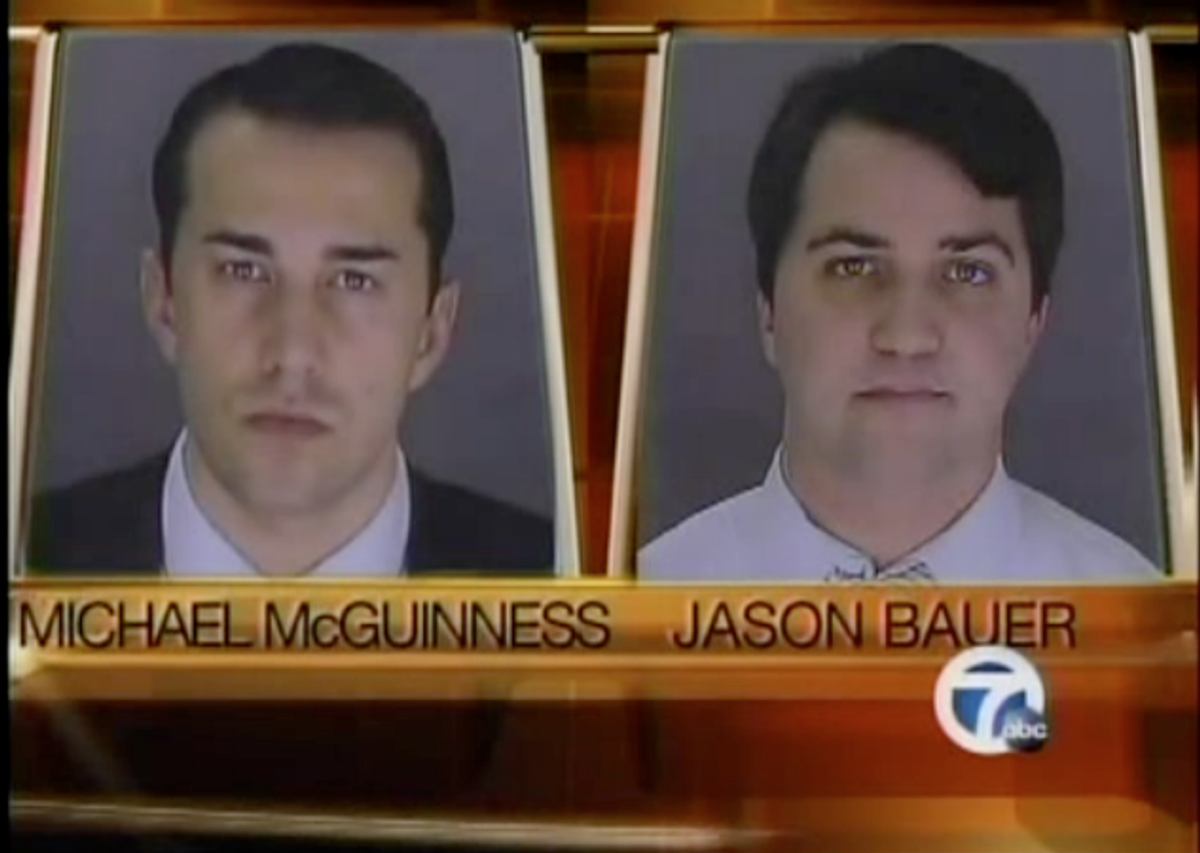 (UPDATED) This one does not look good for the Democratic Party in Michigan: Two county-level party officials have been hit with felony charges in an alleged scheme to put bogus Tea Party candidates on the ballot to draw votes away from Republicans. (Via Jim Geraghty.)

The indictment alleges that the pair attempted to place two county commission candidates, Aaron W. Tyler and Ruth Ann Spearman, and a state senate candidate, Johnathan M. Young, on the ballot without the candidates' knowledge. The two men forged the signatures on the affidavit of identity and falsely swore under oath to qualify them to run, the indictment says.

A Free Press investigation last summer found that Bauer notarized petitions for a dozen tea party candidates statewide but Bouchard and Cooper couldn't say if any additional charges would be brought in connection with other races.

Even worse for these two guys: the county prosecutor is a Democrat, so there will be no arguing that this is a partisan hit job.

The News-Messenger reports that Bauer has been involved in C-grade rat-fucking before:

Bauer was suspended from his job a year earlier, when interns working for him submitted fake letters to Republicans on the Oakland County commission, urging them to support a plan by Democrats to provide more health insurance for poor residents. The letters were purportedly from a West Bloomfield mother and a retired GM worker who didn't have insurance. Several party members said Bauer should have been fired.

The conservative blogosphere has seized on the fact that McGuinness is a former liberal blogger, though the fact that he was a party official seems a lot more significant.

Finally, here's a report on the case from a local ABC affiliate with some clips from the press conference announcing the charges:

UPDATE: And here's the charging document in the case, sent over by the prosecutor's office: