For decades, the country has been slow to respond to damage reports and quick to shun foreign aid 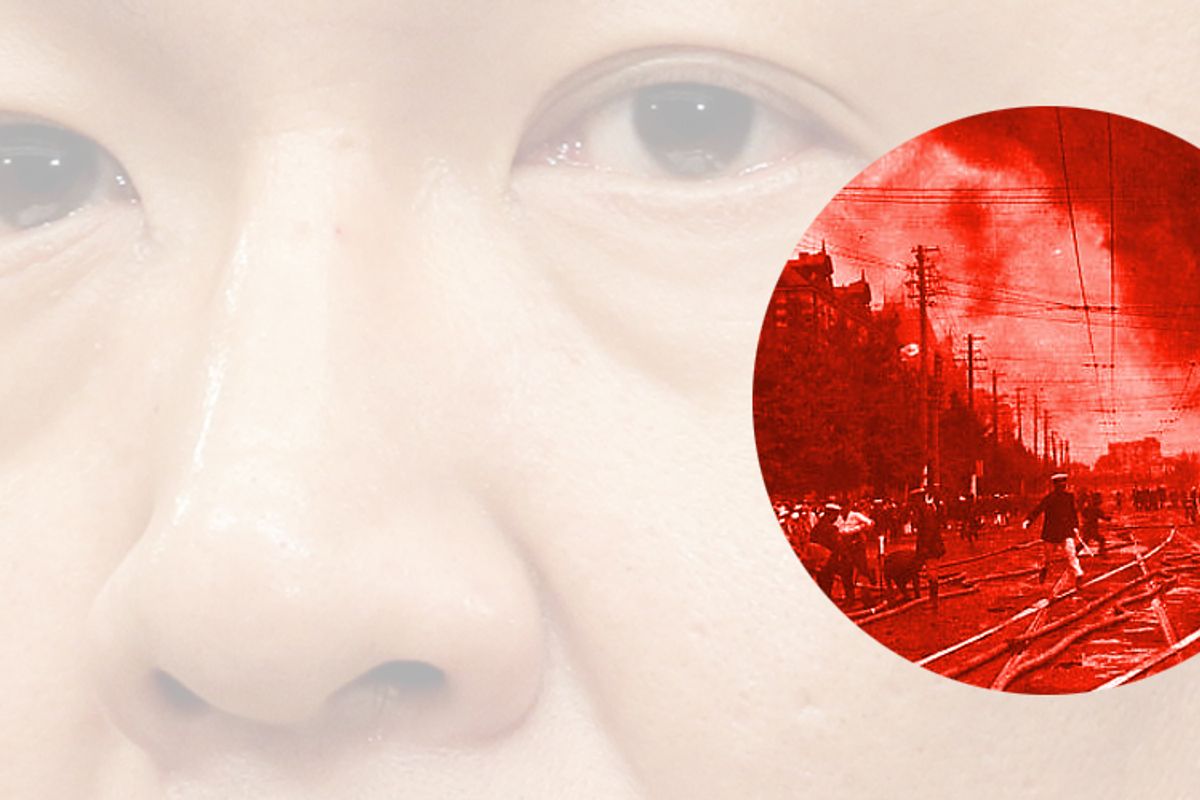 Last night, helicopters doused the reactors at the Fukushima Daiichi nuclear power plant in a desperate attempt to prevent a meltdown. Starved of electricity to operate the cooling systems, the reactors have been a point of major international concern since the earthquake and resultant tsunami tore through the complex last Friday. While the Japanese government called for the first evacuation of the surrounding area soon after the earthquake struck, officials insisted that no radiation had leaked into the atmosphere until several hours after one of the reactors exploded.

Differing reports of the crisis have dominated the dialogue over the past few days. Nuclear scientists outside of Japan suggested that problems appeared much worse than the government and representatives of the Tokyo Electric Power Company (TEPCO) reported -- they warned of a disaster "worse than Chernobyl." But the Japanese officials continued to contradict suspicions with reports that things were under control. When an evacuation perimeter needed to be created, American experts called for a 50-mile radius. The Japanese authorities said 12.4 miles was sufficient. This morning, high levels of radiation were detected 18.6 miles from the plant.

But Japan has a troublesome history of downplaying disasters.

In 1985, a Japan Airlines flight suffered mechanical failures and crashed into the mountains near Tokyo. United States Air Force personnel monitored the plane's distress call and spotted the plane first after it went down. But with Marines ready to lower down to the scene of the crash, the Air Force received strict orders from Japanese officials to keep away from the crash site. The Japanese Self-Defense Forces spotted the crash later that night and rescued survivors. Only four out of the 524 people on the flight survived.

Ten years later, a catastrophic earthquake struck the Osaka-Kobe region of Japan. Many of the purportedly earthquake-proof buildings and elevated roadways gave way to the 6.8 magnitude quake, and the second most populous area in Japan found itself in a disaster zone.

With thousands presumed dead or missing, 38 countries offered assistance within 48 hours of the quake. Japan's government stalled until five days later, when they allowed four countries to send personnel and nine to send supplies. Those that did arrive were met by more delays. One account of the delayed response claims that Swiss rescue dogs were held at the airport while Foreign Ministry bureaucrats hurried to meet foreign workers for a hotel luncheon rather than all rescue workers heading straight to the disaster zone.

Further, most international medical aid stalled due to a Japanese law that prevented doctors not licensed to practice medicine in Japan from administering aid. At least 23 U.S. doctors and nurses waited three days to administer aid despite the apparent lack of doctors to treat victims.

But Japan's history of bungled rescue operations also extends to the nuclear power industry, and particularly TEPCO. From the beginning the TEPCO executives in charge of the Fukushima Daiichi plant ignored advice not to build the plant on the seismically active Sendai region. Such oversight became a trend that would continue into the 21st century.

One of the more notable incidents began in 1989 when nuclear power plant engineer Kei Suigaoka received an order to edit out footage showing cracked steam pipes in a video to be submitted to regulators. Confused by such blatant disregard for safety, Suiaoko reported the order to his superiors at TEPCO but received no response. Only when Suigaoka went public with his story in 2000 resulting in the resignation of TEPCO's top executives. In the 1990s alone, at least three accidents at nuclear plants elsewhere in the country went unreported or underreported.

We can only speculate as to the root of this downplaying. Reports from Tokyo today show how even in the time of a disaster, the Japanese people go to work in the mornings, deliver the mail per usual, and generally do their best to carry on with their everyday lives. Since the end of World War II, Japan has taken a passive role in global affairs, and the country's unprecedented economic growith has allowed for relative independence. Especially in cases like the 1995 Kobe earthquake and last week's disaster, the Japanese government is not accustomed to reporting out to the rest of the world.

But with billions of dollars of foreign aid currently flowing in to Fukushima and planefuls of rescue workers already on the ground, it seems like Japan might be opening up somewhat to outside help. As for Fukushima -- a radioactive nightmare that could take decades to recover from -- the jousting of international opinion over a course of action is likely just beginning.