The crazy post-disaster swings in the value of the yen send a clear message: It's time to tax speculation 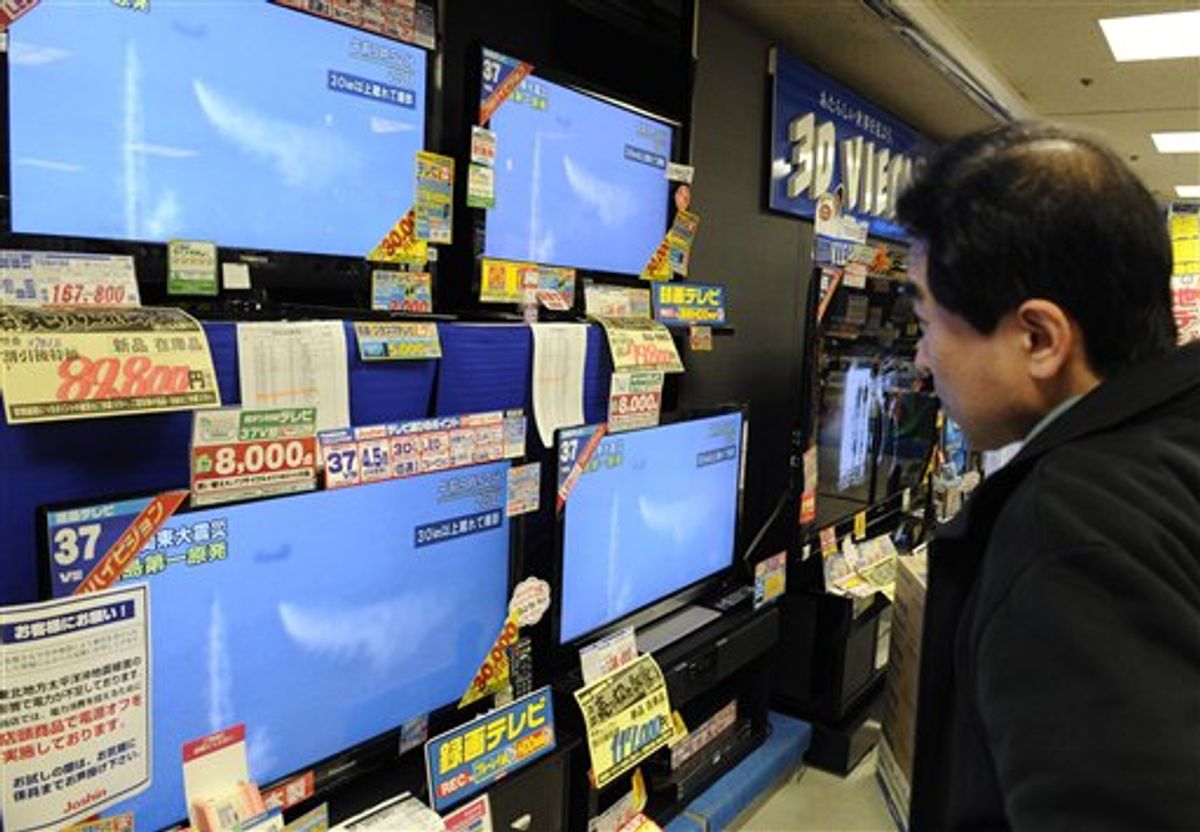 Could something good come out of Japan's earthquake-tsunami-nuclear meltdown nightmare? Maybe -- if we pay close attention to the weird contortions the disaster has precipitated in global financial markets.

Felix Salmon points us to an odd blip in foreign exchange trading on Wednesday. In a time-span measured by minutes, the yen rose four percent in value against the U.S. dollar -- to an astonishingly high 76.25. Actually, this was much more than a blip -- it was an earthquake all its own, a wrenching movement that took the yen to its highest post-WWII point ever versus the dollar.

The explanation, theorized Salmon, had to do with the "unwinding" of the yen "carry trade." Foreign exchange speculators love to cash in by borrowing a currency characterized by low interest rates and then investing those borrowed funds in a currency with high interest rates. Pocket the difference, and you've got easy money. There are many versions, but the Japan carry trade has long been one of the world's most popular such strategems.

But then came the catastrophe, and the expectation that Japan would need as much yen as possible to pay for reconstruction started pushing the value of the currency up, which in turn suddenly put big stress on the carry trade play.

... [W]hat we're seeing here is a function of ultra-leveraged hedge funds unwinding their carry trades. If you borrowed yen and invested in higher-yielding currencies like the Australian dollar or the South African rand, you made lots of money so long as the rate of appreciation of the yen was lower than the interest rate you were getting in the target currency. But when the yen starts to appreciate dramatically, you get margin calls, which force you to buy a lot of yen in an illiquid market, which in turn drives the yen up even further, which in turn not only increases the size of your margin call but also triggers a large number of stop-loss orders and other triggers embedded in exotic FX options. The result can be massive, as we've just seen.

The Wall Street Journal disagrees, partially, with Salmon, placing the blame for the yen spike on retail Japanese investors who were repatriating their yen rather than evil hedge fund traders. But whoever pulled the trigger, the result was a sharp upward valuation in the yen at exactly the time Japan can least afford it. At the close of his post, Salmon suggests that this is "the last thing the country needs, and it does help bolster the case for some kind of Tobin tax."

So what's a Tobin tax? Originally popularized by the Nobel-prize winning economist James Tobin in 1972, a Tobin tax would charge a small fee on any spot trade of one currency into another. The theory is that the introduction of friction into currency markets would reduce purely speculative activity, and thus moderate the waves of destabilizing havoc that big currency traders can wreak on national economies when they make massive moves for or against a particular currency. The tax would be small, but since hedge fund currency speculators are typically exploiting tiny differences in exchange rates to make their profits, the impact could be quite large.

The concept has since been expanded into a more general "financial transaction tax" that advocates hope could help counter the distortions injected into financial markets by computer-driven high speed trading, or even outright commodity speculation.

Wall Street, obviously, hates the notion, with a passion. Squeeze a lobbyist on the notion and he'll immediate start bleating out a defense of unrestrained speculation on the grounds such activities contribute to market liquidity and price discovery. But isn't one of the things we learned from the financial crisis that it is possible to have too much liquidity? If we are looking for ways to raise revenue without punishing the lower and middle classes, clamp down on the disproportionate size of the financial sector in the global economy, and reduce the possibility of dangerous volatility in all kinds of markets, then some kind of financial transaction tax makes sense.

And if Japan's horrendous woes help us make this case a clearer, then maybe, just maybe, there is tiniest silver lining to be found in this cloud of nuclear fallout.