"What do you want him to do? Fly over there like he's Superman? You really think he's the Messiah." 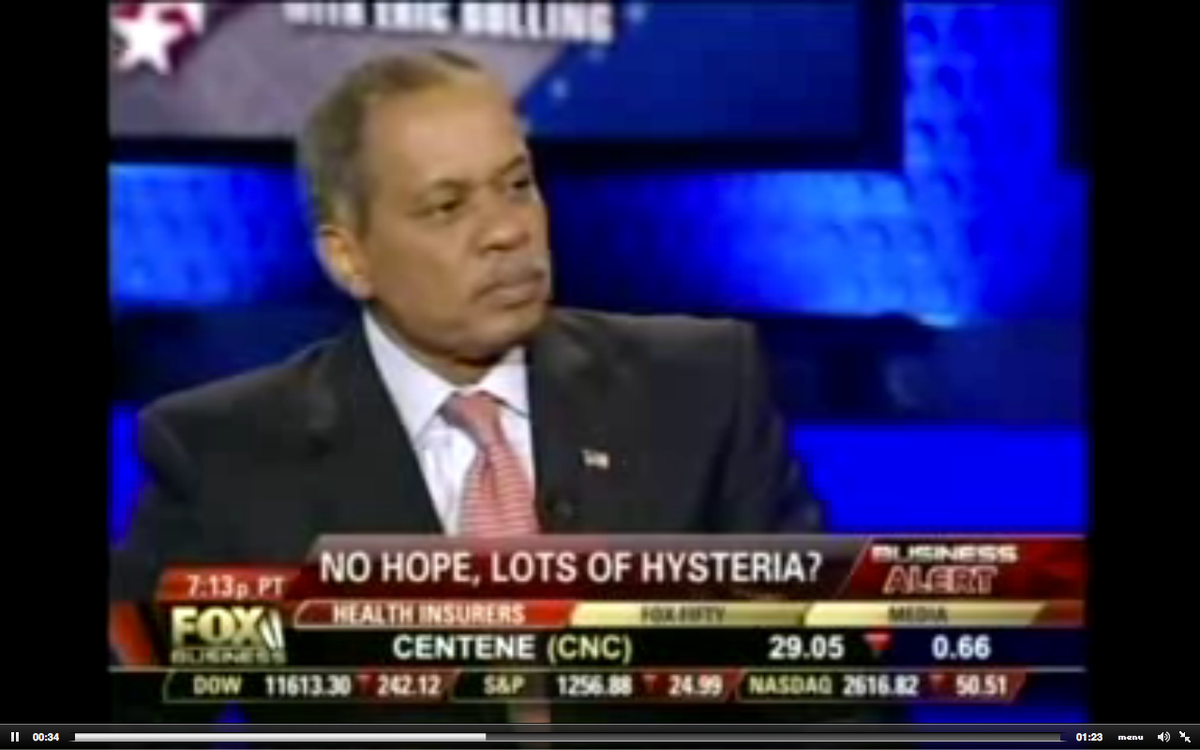 Controversial Fox News contributor Juan Williams stood behind President Obama's earthquake and tsunami relief efforts in Japan last night on Fox Business' "Follow the Money with Eric Bolling." The right has heavily criticized Obama for everything from going golfing over the weekend to filling out a March Madness bracket since last Friday's quake and insisted that the President could do more to help. MSNBC's Martin Bashir urged his viewers yesterday to "give him a break" and Juan Williams took the defense a step further: