What we learned in the Kobe earthquake 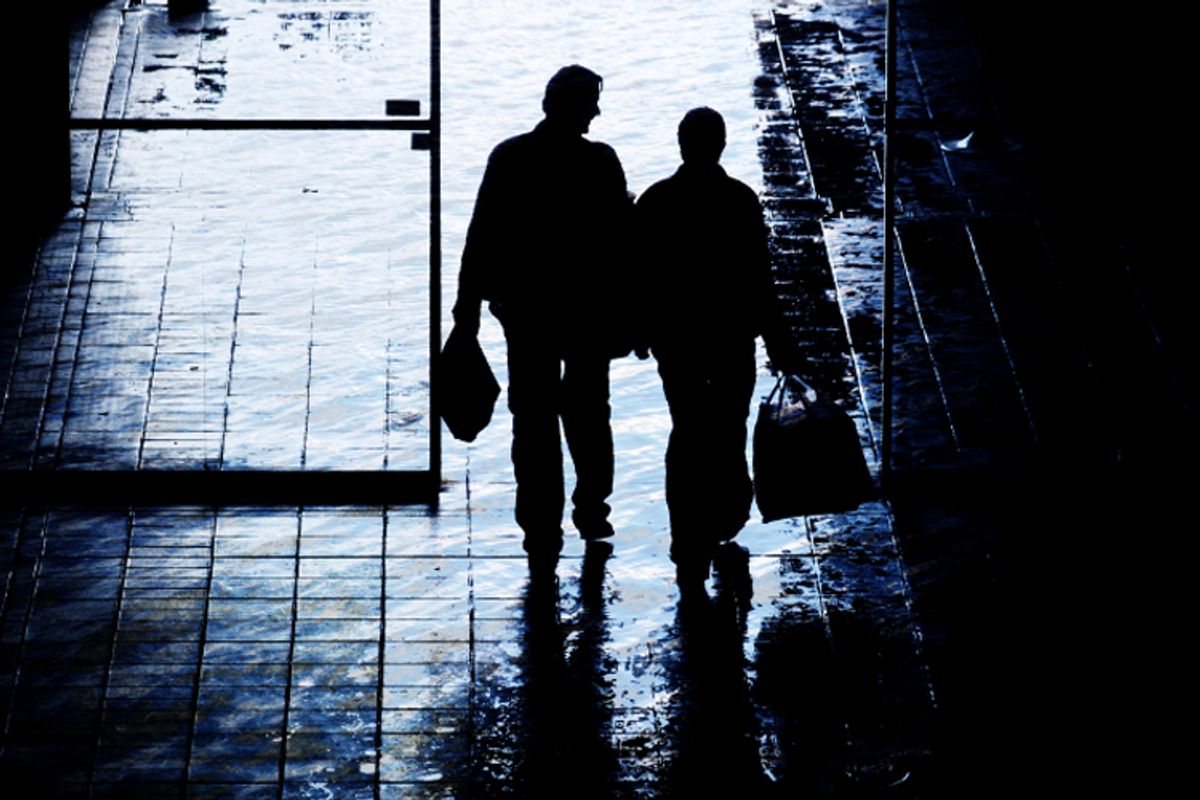 When the 1995 earthquake killed 6,000 people in Kobe, Japan, my husband and I were living there, teaching at Kobe Shoin Women's University. In the surreal, aftershock-jolted days that followed, as we picked our way around smoldering rubble and fallen overpasses to line up for food and water, we often passed an abandoned neighborhood liquor store.

With one tap on the cracked glass of the front window, any passerby could have walked off with enough alcohol to drown out the deprivations of post-quake life. The Japanese do like their booze; they even sell it in sidewalk vending machines. But no one ever touched that liquor store window. To do so would have broken the rules -- and to the Japanese, not even the violent overthrow of the rules of nature could justify deviating from social norms.

As you try to understand what life might be like in Japan right now, keep those untouched liquor bottles in mind. Disasters strip human nature to its essence, but they also reveal the ways that cultures differ. In the face of triple tragedy -- quake, tsunami, nuclear threat -- too many commentators seem to assume everyone reacts to adversity with the impatience of us average Americans.

Headlines like "Panic in Tokyo" do a resilient people a major disservice. Obviously a large swath of Japan is facing problems whose depth and breadth seem insurmountable. Clearly people are agitated and afraid. And it's of course dangerous to generalize about any culture.

But read the online comments that follow news reports of panic. People in Japan are outraged to hear the atmosphere described this way. They're not seeing panic on the streets. Just as we did in '95, they're seeing calm residents resolutely doing their best to get on with life. And no doubt they're hearing, over and over, the two phrases we heard so often in Kobe: Ganbatte kudasai and shikata ga nai.

Shikata ga nai -- "it cannot be helped" -- can be the scourge of foreigners working in Japan. The key that's opened your classroom door every morning suddenly doesn't work today? Shikata ga nai, says the maintenance man. And the American voice in your head screams, "It can be helped! Fix the lock!"

Ganbatte kudasai, a call to persevere or endure, cuts both ways, too. Interpreted as "hang in there," it sounds a note of encouragement when you're facing a challenge. But when you're asking for a change in policy that would help you do your job, Ganbatte kudasai sounds a lot like "Suck it up" or "Shut up and deal."

It took an earthquake to show us that neither of these Japanese expressions is heartless or advocates curling yourself into a ball. Rather, they're a reminder to focus on the big picture: surviving, preserving social order, handling the unavoidable with dignity and grace. What had seemed like fatalistic shirking now seemed, in the cold post-jishin light, like enlightened calm and acceptance.

A lot was wrong about the way Japanese officials handled the Kobe earthquake. They accepted little outside help and were wildly suspicious of the people and even rescue dogs they did let in. Middle managers of utility companies, afraid to overstep their bounds when the boss couldn't be reached, failed to make decisions that could have saved lives. Commercial buildings were rebuilt much more quickly than housing. Information that citizens desperately needed was hard to come by, while self-serving P.R. and formal apologies abounded.

But to our surprise, much that had seemed forbidding about Japanese culture proved its worth in the crisis. Those famously patriarchal corporations that demand their employees' unquestioning loyalty and every waking hour of their time? In a city with no tradition of volunteerism, they were the most reliable source of help.

As mudslides began rumbling and disease spread and normal utilities showed no signs of resuming, bedraggled people streamed out of Kobe. Streaming in against this tide were corporate squadrons in matching track suits. They fanned out across the city, checking the welfare of fellow company employees and bringing survival supplies.

Even we, the temporary teachers, benefited from this caretaking. The crossing guard who'd greeted us each morning on our walk to school called to see if we were OK. Three days after the quake, a knock on our apartment door revealed none other than the director of our university, carrying water and a portable one-burner gas stove. We already had just such a stove because one of our students had appeared at our door with it the day before. This, too, was a revelation: The students who had held us sensei at a respectful arm's length, the neighbors who had avoided us so they wouldn't have to try speaking English -- suddenly they were everywhere, knocking at the door to translate the announcements blaring from passing vans and to make sure we knew where food was being offered.

Dave and I stuck it out a few more days. Then a friend suggested -- with what, for a Japanese person, qualified as alarming directness -- that because we weren't doctors or engineers, and our kindergarten-level Japanese and lack of a car kept us from helping in other ways, perhaps we could be most useful by advancing our travel plans and taking off, leaving our apartment for others to use until we returned for second semester.

We gave her the key, shoved some clothes into backpacks, and set out at 6 a.m. in torrential rain to hitchhike the six miles to the nearest working train station. We'd walked maybe a mile when a cab pulled out of the line of crawling traffic and offered to drive us. Drenched, dirty and feeling guilty that our escape was not more harrowing, we got in.

Outside the train station nearly an hour later, we waited for the bad news of what the driver would charge for the almost unimaginable privilege of this ride. The driver looked puzzled; why weren't we pulling out our wallets? He pointed to the number on the meter, about $50. That's what the meter said, so that's what we owed him. Rules are rules.