As Japan and U.S. officials differ on risks, the Obama administration pushes ahead with nuclear power expansion 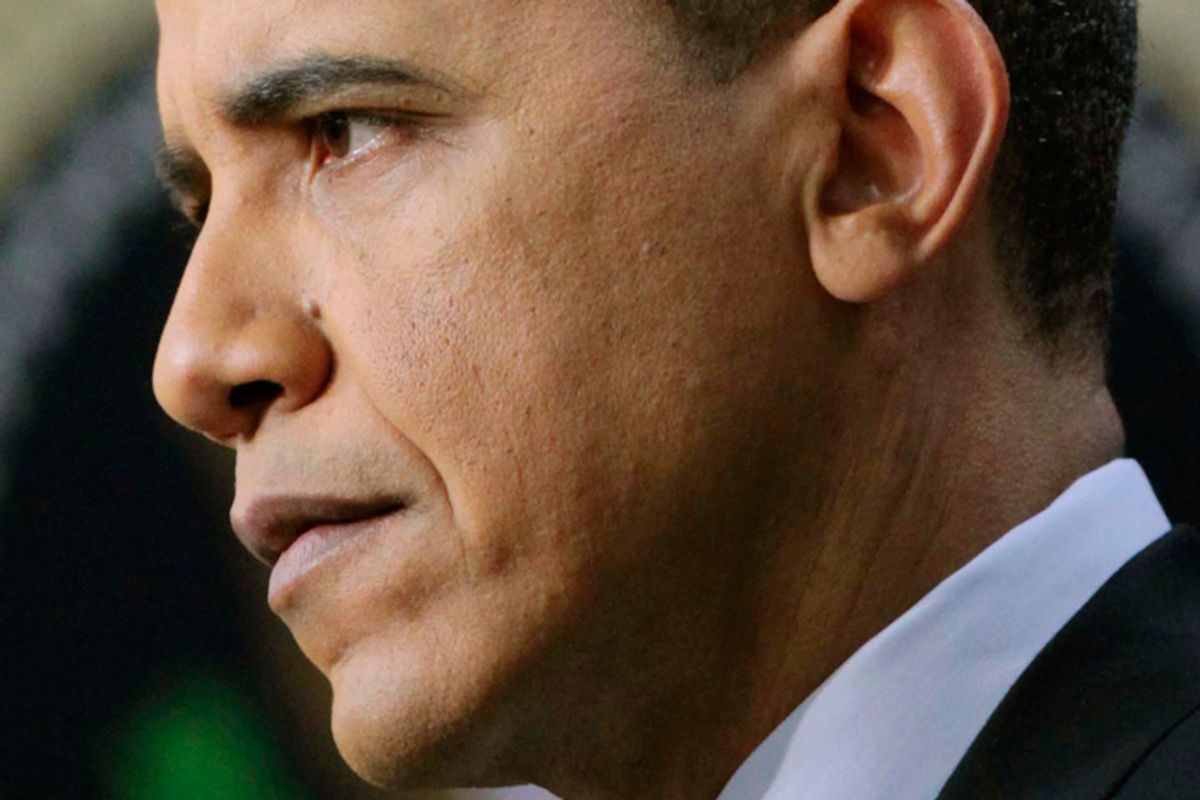 As the world watches the spiraling nuclear disaster in Japan, the widening information gap between U.S. and Japanese officials that emerged Wednesday is very bad news. Nuclear Regulatory Commission chair Gregory Jaczko warned that water in the spent fuel pool at one of six Fukushima Daiichi nuclear reactors had boiled away entirely, leaving "extremely high" radiation levels that could be "lethal." Thus U.S. officials urged Americans citizens within 50 miles of the plant to evacuate, while the Japanese leaders are still limiting the evacuation radius to 12 miles. (Justin Elliott laid out the bewildering conflicting advice here.)

By early Thursday morning Japanese officials were disputing Jaczko's warning, insisting there is still water in the spent fuel pool (but admitting no one had been able to get close enough to check directly due to the radiation danger). Who should the world believe?

I'm inclined to believe Jaczko, as well as warnings from U.S. Energy Secretary Steven Chu and other U.S. officials. Japanese leaders have been slow to admit the extent of the Fukushima damage at every step of the way. But American leaders are putting their own credibility at risk by being so quick to reiterate the Obama administration's commitment to expanding nuclear power in the U.S. On Wednesday Chu told Congress that officials planned to look at the "lessons" of the Japan disaster -- but he also told Rep. Joe Barton (R-Energy Industry) that the president continues to support expanding nuclear power in the U.S. at a cost to taxpayers of $36 billion, mainly in loan guarantees for new reactors, and to fund new small, modular reactors. To meet the president's clean energy goals, Chu said, "We believe we will have to have some fraction coming from nuclear." Without knowing the "lessons" of the unforeseen Japanese disaster, I'm not sure why any administration leader is making a full steam ahead commitment to nuclear expansion.

Chu's statements highlight the Democratic Party's dreary record in developing a compelling safe, sustainable energy vision in the two years since they took control of Congress and the White House (of course they lost the House in November). Democrats blew so many opportunities when they took control in January 2009, it's hard to say what was the most disappointing. Their response to the economic crisis was an inadequate, politically compromised stimulus bill that's left too many Americans unemployed today. They passed financial regulatory reform that still offers plenty of room for the kinds of abuses that led to the 2008 mess. They extended the Bush administration's tax cuts for the super-wealthy, even though a promise to let them lapse had been central to most Democratic leaders' campaigns, including President Obama's, thus failing to reverse the steady upward transfer of wealth that's deformed American society over the last 30 years.

But when we assess the Democrats' failures to solve the crises they were elected to address in 20 years or so, we may be most appalled at their getting beaten by Republicans on climate change legislation. Against the backdrop of a Japanese nuclear-energy catastrophe that's getting scarier by the hour, our failure to chart a rational energy course that prioritizes developing safe, renewal energy sources, encourages conservation and gradually reduces our reliance on the most dangerous and destructive power sources looks even more irresponsible. (Nancy Pelosi's House passed a strong climate change and energy bill, but the Senate never took it up, and the Obama administration wasted little political capital making it a priority.) We live in political denial about our energy choices, even in the wake of scary crises like the BP oil spill last May and this week's Fukushima nuclear reactor disaster. As someone who cares passionately about economic justice, the energy-related crises of the last year have convinced me that our inability to take bold steps on climate change and energy may be more damaging to the country than coddling the uber-rich and ignoring our increasing economic inequality.

Of course nuclear-industry defenders will tell you they're the answer to climate change, not part of the problem, since functional reactors don't produce the climate side-effects that the production and use of coal, oil and gas do. But nuclear-power disasters have the capacity to redefine what we mean by climate change; a full-scale meltdown at the Fukushima plant would produce public health and environmental side effects we've never before seen (and we still have no long-term solution for disposing of spent nuclear fuel.) It may be that small, ultra-safe nuclear reactors have a role in our transition to a renewable energy future. But we're not even talking about that transition, let alone planning for it, and backers of nuclear power are talking about it as a lasting solution, not a way-station to something better.

No serious person can deny that virtually every form of energy widely used today has environmental side effects, with coal being the worst, oil and gas just behind. Natural gas used to be considered a decent bridge to a renewable future, but its environmental troubles, especially groundwater contamination, are becoming more worrisome. The clout of the energy industry has deformed our political discourse about these problems and blocked rational exploration and development of safer, sustainable substitutes. That's led to the spectacle, in the midst of the Japanese crisis, of every single House GOP member voting Tuesday to block the EPA regulating greenhouse gas emissions. According to ThinkProgress, the 31 Republicans and three Democrats who voted that way have received $343,750 from Koch Industries, an average of more than $10,000 each. Compromising Democrats in the Senate, led by Jay Rockefeller of West Virginia, would "only" keep the EPA from regulating greenhouse emissions for two years. That's not compromise, that's capitulation.

Our profound lack of seriousness when it comes to energy policy is at the heart of most of our problems. Our reliance on coal is destroying the planet; our reliance on foreign oil and gas leads us to coddle Middle Eastern tyrants and meddle where we have no national interests except energy, and right now it's threatening our fledgling economic recovery as gas prices continue to spiral. Meanwhile, even as the Japanese nuclear crisis worsens, a Democratic energy secretary is reconfirming his support for nuclear power. Chu's exchange with Joe Barton, captured by the New York Times, was chilling:

Barton: Does the president support new nuclear power plants in the United States?

Chu:  The president’s budget is what it is. [He referenced $36 billion in loan guarantees for new reactors, and to develop small, modular reactors.]

Barton: So that’s a yes?

Barton: Good, that’s what I wanted you to say.

You remember Barton: He apologized to BP for Obama's criticizing the firm last year. Glad to know he and Chu are on the same page this year.

I talked about all of this on MSNBC's "Hardball" today: