Ann Coulter tells Bill O'Reilly: Radiation is good for you 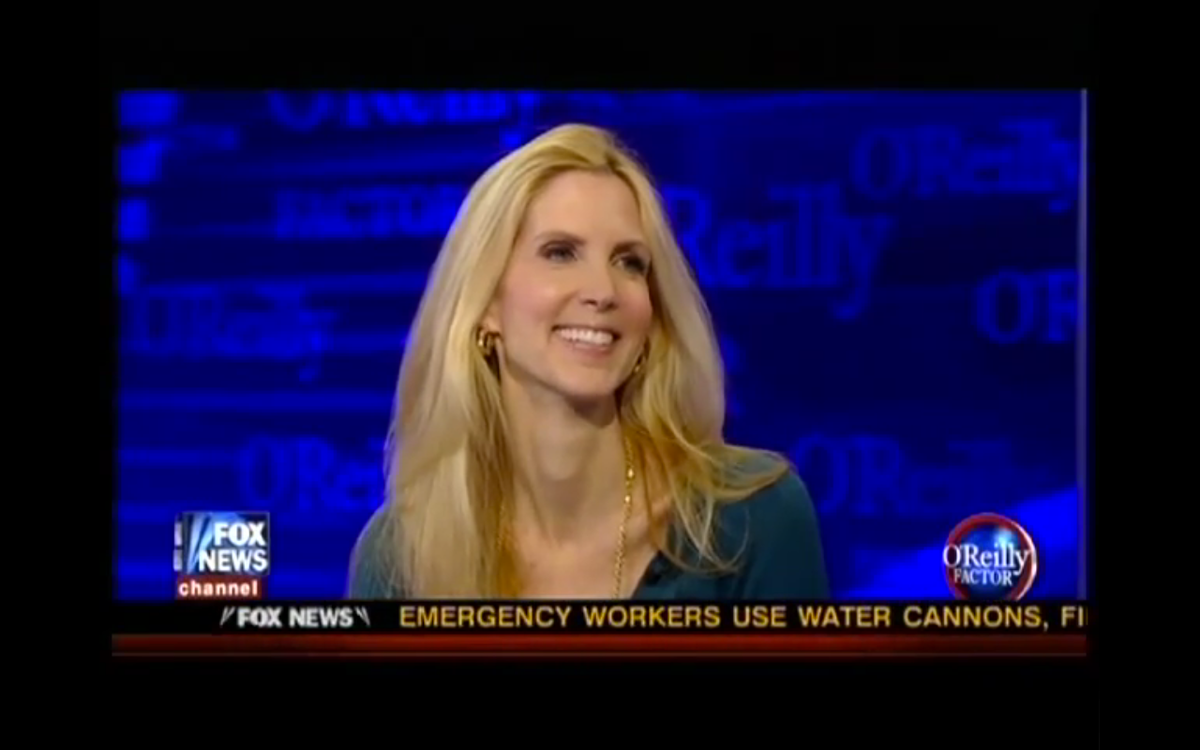 What's the opposite of fear-mongering? False-sense-of-security-mongering, probably. Or whatever you'd call Ann Coulter's latest blog post claiming that radiation does a body good:

With the terrible earthquake and resulting tsunami that have devastated Japan, the only good news is that anyone exposed to excess radiation from the nuclear power plants is now probably much less likely to get cancer.

Coulter cites a 10-year-old newspaper article and some studies by fringe scientists as proof to her theory. She goes on to compare radition -- which she says is "a sort of cancer vaccine" -- to "poisons" like zinc and magnesium found in multi-vitamins.

Bill O'Reilly invited Coulter onto his show last night and scolded her for misleading the audience into misunderstanding the well established dangers of radiation: