But it won't change the Republican Party's mind 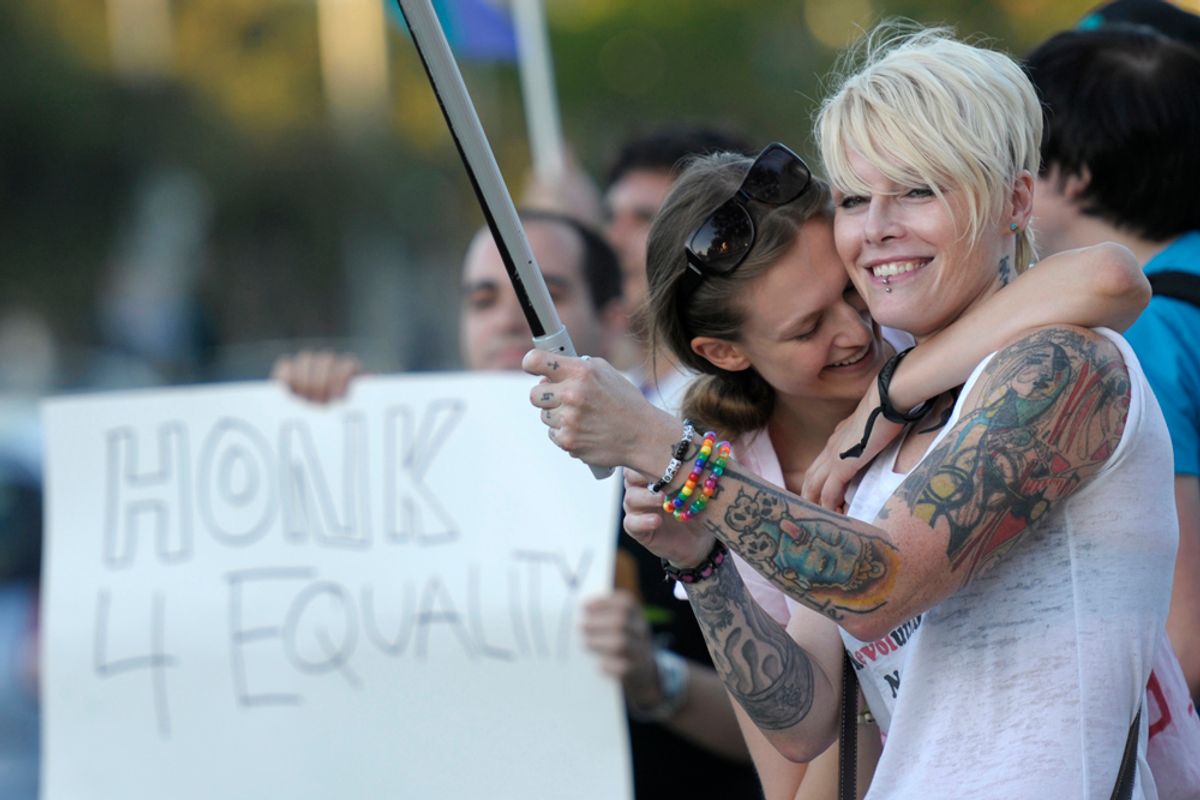 An ABC/Washington Post poll says -- rather surprisingly -- that 53 percent of Americans support the legalization of same sex marriage. Not just civil unions, actual marriage. In 2004, when the Bush campaign drummed up a bit of national revulsion at the very thought of dudes kissing, only 32 percent of Americans polled supported marriage equality. It's unreal.

As you probably guessed, there is a vast age divide. Young people are fine with marriage equality and old people are still grossed out. Often strongly grossed out.

Will it make any difference to the Republican Party that a majority of Americans now support gay marriage? No, probably not. In the short term, at least. Because the people who don't support it really don't support it, and people who really care about opposing things make a pretty good base of political support. And "not quite half of the population" is more than enough to win national and local elections.

Besides, a majority of Americans also support taxing the hell out of rich people and instituting a single-payer healthcare system, but neither party is willing to do anything about that. This is why we have a Senate: To act as a "cooling saucer" for the hot coffee of doing things that are right.

Disappointingly, no one at National Review's The Corner has weighed in on the poll. Not a soul! Though anti-marriage equality Brian Brown, from National Organization for Marriage, did have a really interesting criticism of the poll. It apparently doesn't count because Americans were terribly confused by the wording:

Brown and his supporters criticized the poll's wording, which asked respondents: "Do you think it should be legal or illegal for gay and lesbian couples to get married?" Brown said respondents could become tangled in the word "illegal," which he said might suggest incarceration for violators.

Hah. Well, at least he has to admit that most Americans don't want gay couples to be literally imprisoned for deciding to spend the rest of their lives together. But 42 percent of Americans do want jail terms for gayness, and that's something his organization can build on.