The official death toll reaches 6,911 while over 10,000 people are still missing 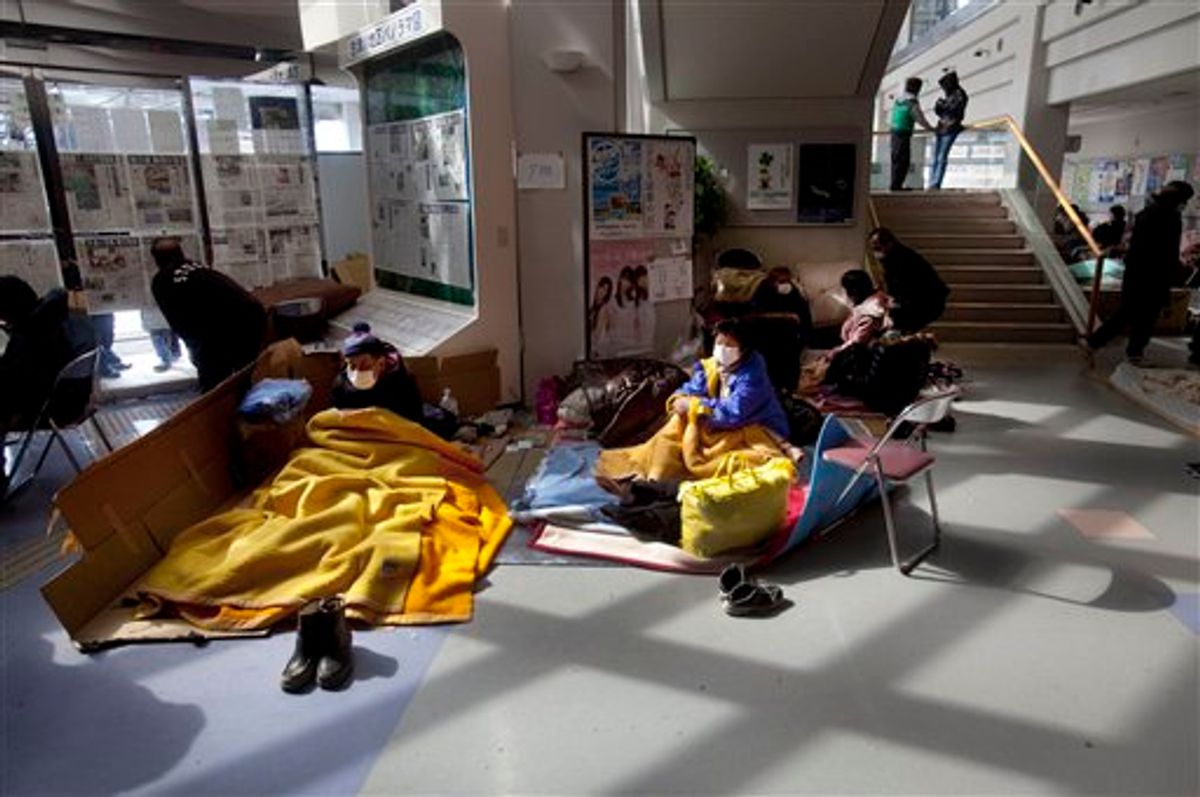 Japanese refugees sit inside a community center made into a shelter in the earthquake and tsunami-hit town of Minamisanriku, Friday, March 18, 2011. (AP Photo/David Guttenfelder) (AP)
--

Japan's police agency says more than 6,900 are dead and more 10,700 are missing after last week's earthquake and tsunami.

A week after the disasters devastated the northeast coast, the National Police Agency said Friday that 6,911 people died and 10,754 were missing.

Some of the missing may have been out of the region at the time of the disaster. In addition, the massive power of the tsunami likely sucked many people out to sea, and, if the 2004 Indian Ocean tsunami is any guide, most of those bodies will not be found.