Where are the robots at the Fukushima Daiichi power plant?

Japan uses robots for everything from serving food to building cars. Why not use them to cool the nuclear reactors? 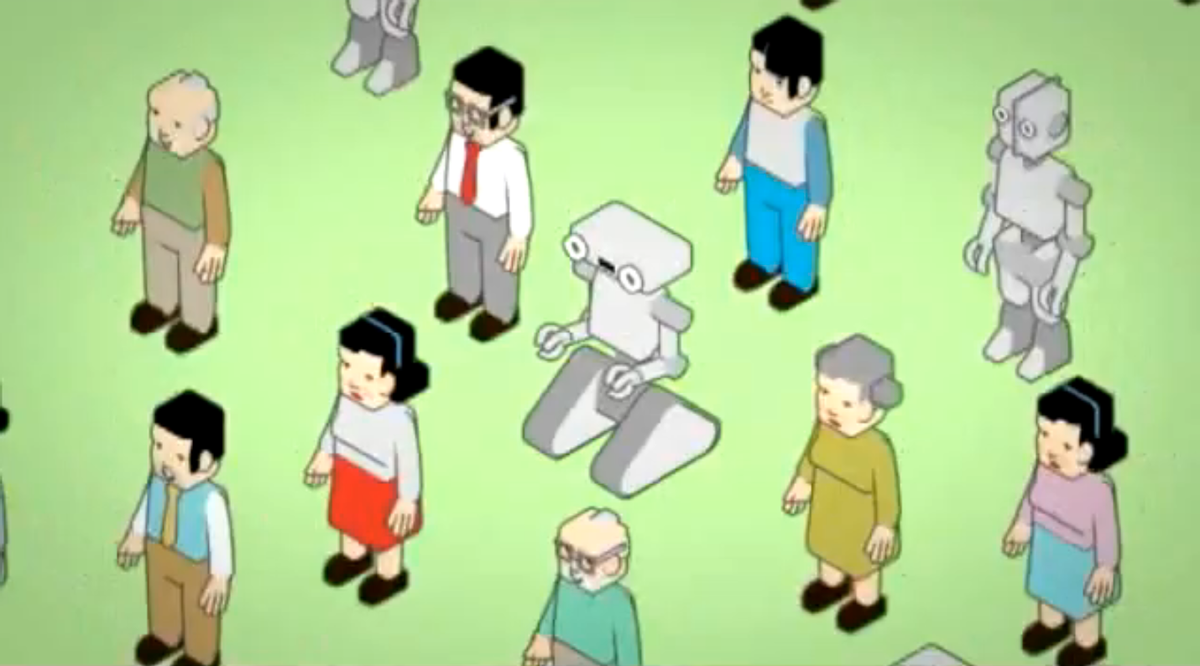 Japan employs more robots than any other country. With high-tech robots replacing manpower in every industry from car manufacturing to sumo wrestling, life on the archipelago must seem entirely automated at times. They're even developing humanoid robots. So why are human beings manually pouring water over the reactors at the Fukushima Daiichi power plant?

Robots are routinely used in nuclear power plants both in Japan and in other less-cyborg inclined countries. It makes perfect sense as they can tirelessly perform dangerous tasks in radioactive environments. In fact, robots were developed to clean up the Chernobyl and Three Mile Island disasters in the 1990s, and Japan has since developed even more sophisticated emergency worker models to clear land mines and clean up nuclear waste.

The case against robots being used for critical duties is buried deeply in Japanese culture, however. According to Reuters, the Japanese do automate many things within their society but also struggle with an anachronistic element that relies on humans for tasks that have been automated elsewhere in the world like crossing guards and elevator operators. This theory suggests a hierarchy of tasks that are inevitably divided into jobs robots do and jobs humans do.

But elsewhere in the country robots perform very similar tasks in nuclear power plants. The robots climb walls, detect radiation and are literally built into the design of the power plant. A South Korean nuclear official suggested that this might explain why no robots are used at Fukushima Daiichi. Since the plant is so old, the newer bots simply cannot navigate the layout. This seems plausible.

Kim Seungho of the Korea Atomic Energy Research Institute provided a more nuanced answer that skirts around the above two. "Nuclear plan operators don't like to think about serious situations that are beyond human control," Seungho said.

The Japanese may lack the specific robot model to work at Fukushima Daiichi, but other countries are offering theirs to help. In the meantime, these other robots are still being used: