How minuscule? "About a billion times beneath levels that would be health threatening," says diplomat 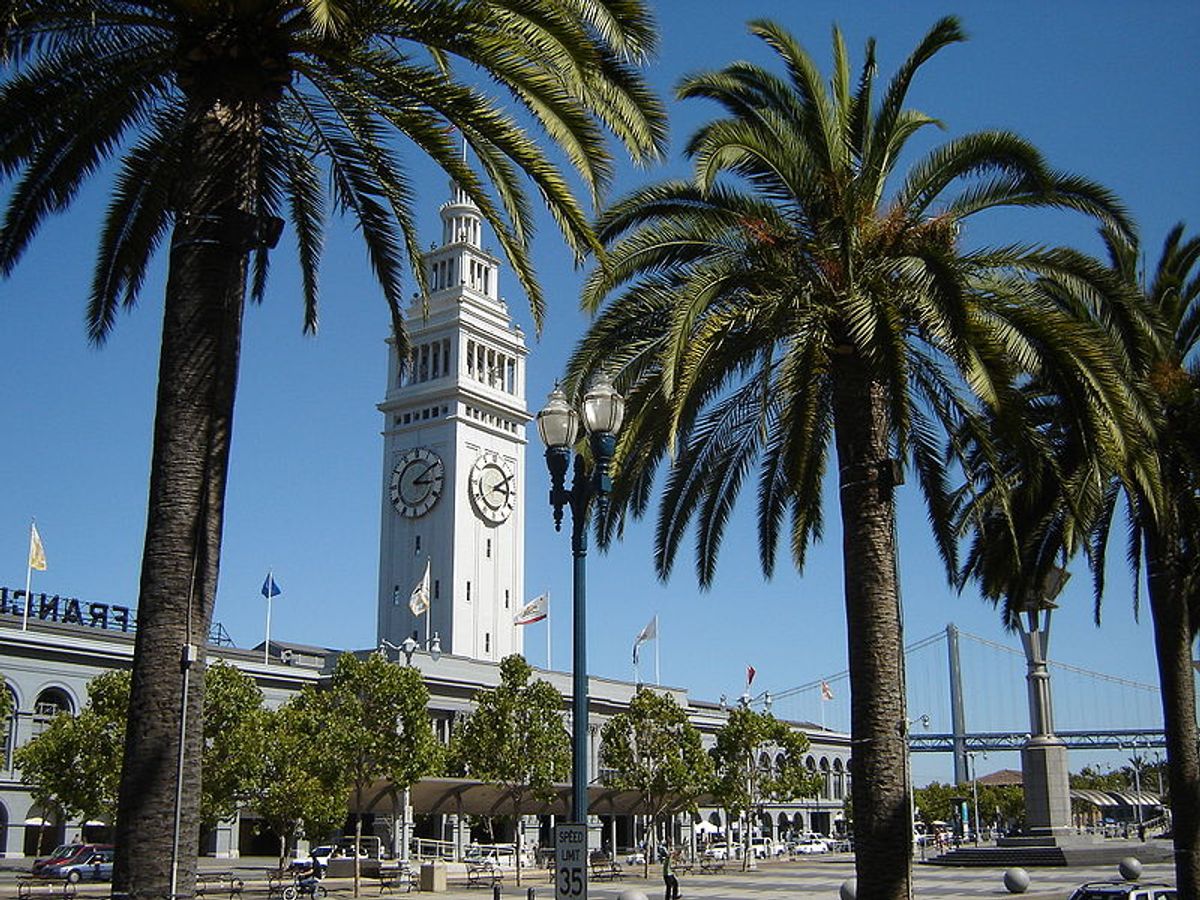 The Ferry Building in San Francisco along the Embarcadero
--

Government experts in the United States are keeping a close eye on any radioactive particles that could travel from Japan, and they may already be seeing trace amounts.

A diplomat who has access to radiation tracking by the U.N.'s Comprehensive Test Ban Treaty Organization told The Associated Press in Vienna that initial readings show tiny amounts of radiation have reached California. But it's not dangerous in any way -- "about a billion times beneath levels that would be health threatening," the diplomat said, speaking on condition of anonymity because the organization does not make its findings public.

U.S. government experts also insist there's no threat to public health from the plume, but they are still closely monitoring the situation with detection monitors deployed along the West Coast. Watch a simulation of the plume's track here:

The new California reading came from a measuring station of the Comprehensive Test Ban Treaty Organization, and the monitor was apparently located in Sacramento.

"Radiation is one of those words that get everybody scared, like 'plague,'" said Dr. Jonathan Fielding, director of public health for Los Angeles County. "But we're 5,000 miles away."

The amount of any fallout that wafts across the Pacific Ocean to the U.S. coast will be so diluted that it will not pose any health risk, officials say. Wind, rain and salt spray will help clean the air over the vast ocean between Japan and the United States.

Nuclear experts say the main elements released are radioactive cesium and iodine. They can combine with the salt in sea water to become cesium chloride and sodium iodide, which are common and abundant elements and would readily dilute in the wide expanse of the Pacific, according to Steven Reese, director of the Radiation Center at Oregon State.

"It is certainly not a threat in terms of human health" added William H. Miller, a professor of nuclear engineering at the University of Missouri.

Earlier this week, the U.S. Environmental Protection Agency deployed extra radiation detectors throughout the country to allay public concerns. On Thursday, President Barack Obama said "harmful levels" of radiation from the damaged Japanese nuclear plant are not expected to reach the U.S.

The radiation stations will send real time data via satellite to EPA officials, who will make the data available to the public online. The monitors also contain two types of air filters that detect any radioactive particles and are mailed to EPA's data center in Alabama.

That information, as well as samples that numerous federal agencies are collecting on the ground and in the air in Japan, also will be sent to the Department of Energy's atmospheric radioactivity monitoring center in California, where teams are creating sophisticated computer models to predict how radioactive releases at Fukushima could spread into the atmosphere.

Inside Lawrence Livermore National Laboratory near San Francisco, scientists, engineers, and meteorological experts were analyzing those charts and maps to help policymakers predict where radioactive isotopes could travel.

"The models show what happens if the situation gets worse, if the winds change, or if it rains to predict what could happen," National Nuclear Security Administration spokesman Damien LaVera said. "The Nuclear Regulatory Commission has said they see no radiation at harmful levels reaching the United States, and we're not seeing anything that is inconsistent with that."

In the unlikely event that the situation escalates, the California Emergency Management Agency would coordinate emergency response efforts with state public health officials and local officials.

"Worst-case scenario, there is no threat to public health in California," said the agency's acting secretary, Mike Dayton.

The California Department of Public Health, which set up a hotline for concerned residents, also has its own network of eight monitors sampling the air, water, and soil for harmful substances, including radiation, said agency spokesman Ron Owens.

Associated Press Writers George Jahn in Vienna and John Heilprin in Geneva contributed to this report.