A roundup of strange, exciting and perplexing stories from the world of science and technology 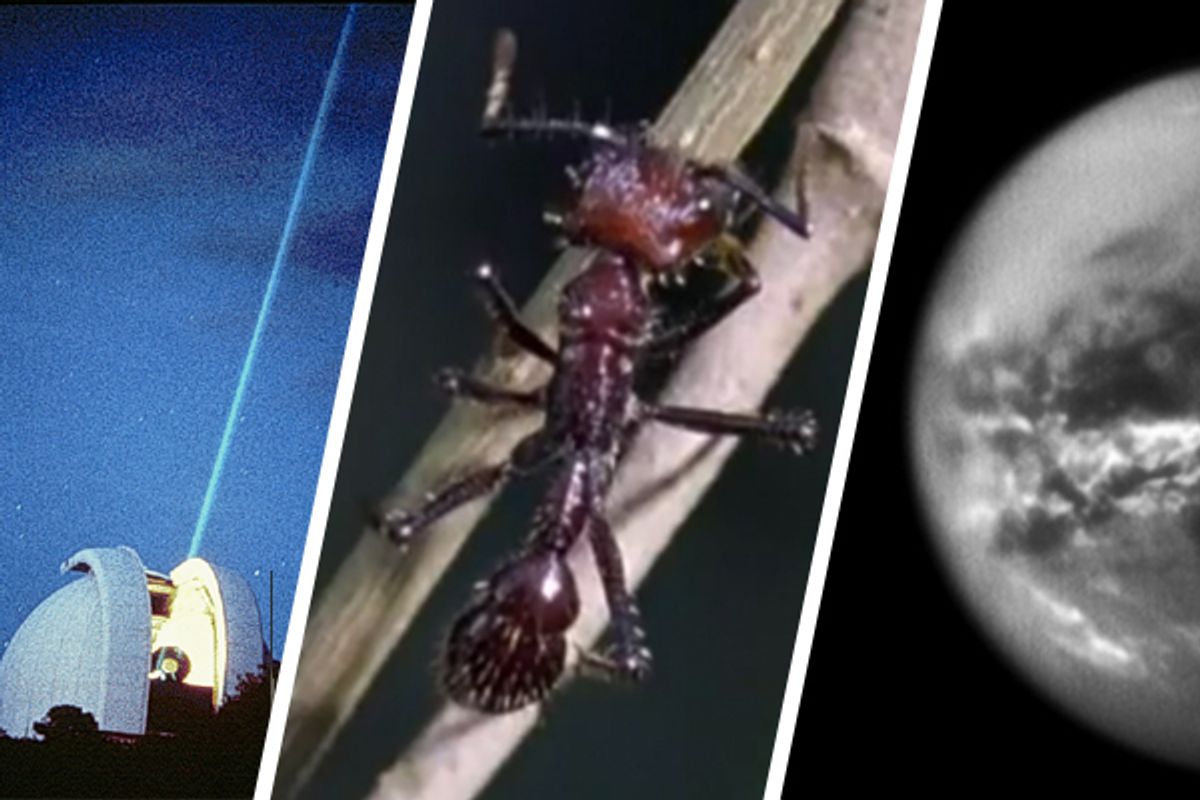 Did you ever wonder what methane rain would look like? Or what about whales -- do they use names when they sing to each other? And all that trash in space that obscures the Earth more every day -- why don't we just zap all that stuff with lasers?

Well, we've got some answers.

Zombie ants are actually kind of beautiful
In the Brazilian rain forest, entomologists discovered four new species of mind-altering fungi that turn ants in zombies. If the spores are ingested, the ants involuntarily trudge to a sunny leaf so the fungus can grow, take over the ant's body, and release spores for up to a year. Check out the ants in action below. (Wired Science)

Speaking of mind control, mosquitoes do it through sex
Male mosquito sperm evidently releases proteins that change the behavior of females. (After mating, females will mate less and eat less blood.) Scientists hope they can manipulate these proteins so that affected females wouldn't bite and spread diseases like Dengue fever. (io9)

Space junk is a problem; NASA wants to shoot it with a laser
With 20,000 pieces of debris in Earth's low orbit -- old satellites, old parts of satellites, parts of parts -- space flight is becoming increasingly dangerous. (A stray bolt traveling at 5 miles per second can do some vicious damage to a space shuttle.) NASA scientists are seriously considering focusing mid-powered laser beams through a telescope to knock the trash into outer space. (Wired Science) Time travel maybe could be potentially possible
The Large Hadron Collider in Geneva, Switzerland, is the world's most powerful particle accelerator, and theoretical physicists from Vanderbilt University believe it could create a type of particle that can travel through time. (Discovery News)

When it rains on Titan, poisonous lakes of methane form
Saturn's Earth-like moon has sand dunes, river beds and white clouds. In the springtime, Titan gets "April showers" just like we do here on Earth -- except theirs are methane, colder and definitely deadly. (NASA) Wondering what to name your pet whale? She already has one
Based on a very small study, a marine biologist believes that subtle variations in how sperm whales announce themselves indicate the sea mammals' unique calls are equivalent to names. (Wired Science)