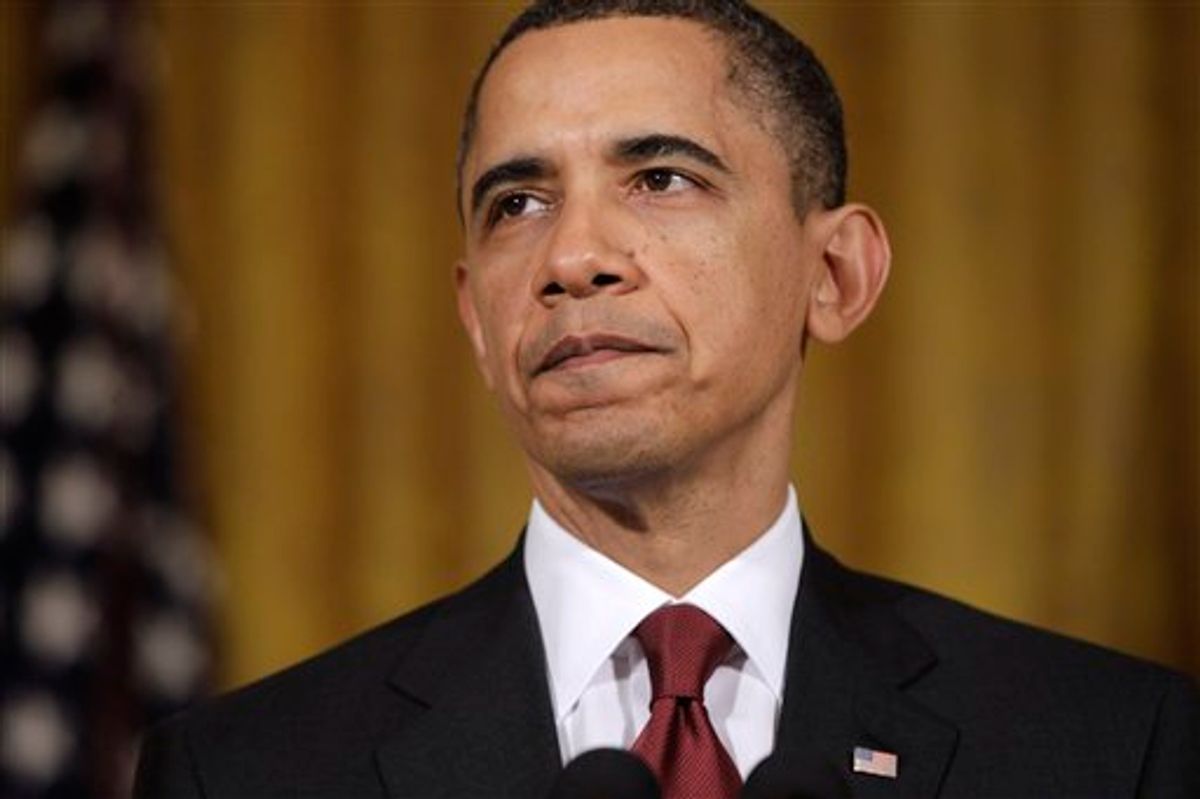 President Barack Obama makes a statement on Libya, Friday, March 18, 2011, in the East Room of the White House in Washington. (AP Photo) (AP)
--

With American military forces poised for action, President Barack Obama said Saturday that the United States and its allies are prepared to act with urgency to end violence against civilians in Libya.

The president spoke as French warplanes began the first sorties to enforce a no-fly zone over Libya, where Moammar Gadhafi's bloody attacks on rebels continued.

"Our consensus was strong, and our resolve is clear. The people of Libya must be protected, and in the absence of an immediate end to the violence against civilians our coalition is prepared to act, and to act with urgency," Obama said in Brasilia, Brazil, on the first day of a three-country Latin American tour.

Shortly before he spoke, top officials from the U.S., Europe and the Arab world meeting in Paris announced immediate military action to protect civilians caught in combat between Gadhafi's forces and rebel fighters. American ships and aircraft were poised for action but weren't participating in the initial French air missions.

As the military action was announced, French fighter jets swooped over Benghazi, the opposition stronghold that was stormed by Libyan government forces earlier Saturday, in defiance of a proclaimed ceasefire.

France, Britain and the United States had warned Gadhafi Friday that they would resort to military means if he ignored the U.N. resolution demanding a cease-fire.

The United States has a host of forces and ships in the area, including submarines, destroyers, amphibious assault and landing ships. One U.S. official said the Navy was planning a sea-launched missile attack from the Mediterranean against elements of Libya's coastal air defenses.

The U.S. intended to limit its involvement -- at least in the initial stages -- to helping protect French and other air missions by taking out Libyan air defenses, but depending on the response could launch additional attacks in support of allied forces, a U.S. official said. Both officials spoke on condition of anonymity because of the sensitivity of military operations.

Obama on Friday ruled out sending in U.S. ground troops.