A brigade of conservative critics, led by Fox News, accuses the president of taking a "vacation" during crisis 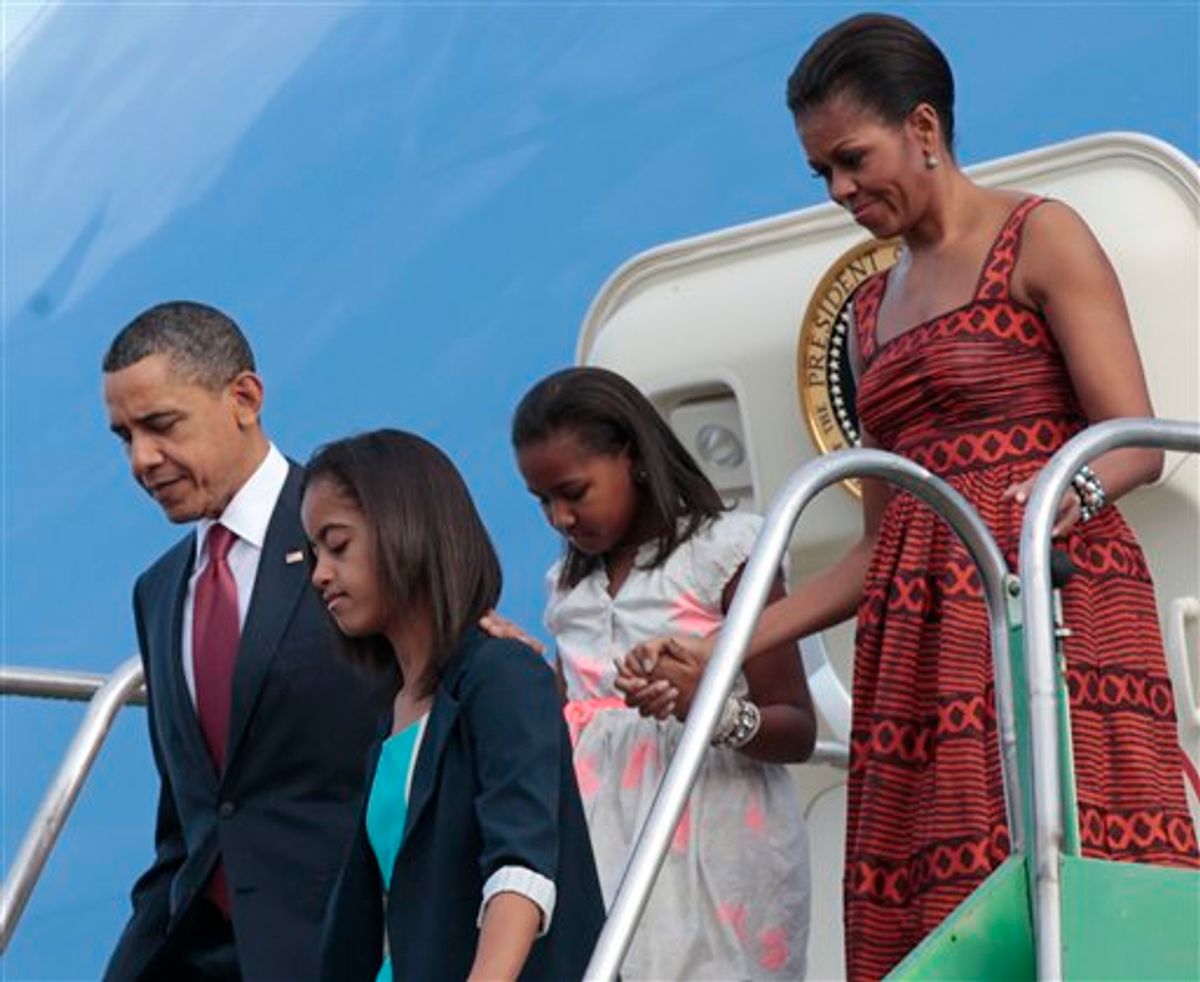 President Obama is in Brazil this weekend as part of a five-day tour through South America. While the focus of the trip is to encourage stronger trade relations between the two countries, conservative critics are painting it as a "Rio vacation." This after a week in which the president sustained significant right-wing blowback for filling out an NCAA bracket on ESPN and playing golf as turmoil escalated in Libya and Japan.

In particular, Newt Gingrich and Sean Hannity hammered the president over the trip, while New York Daily News columnist Andrea Tantaros said Obama has "priority issues" during an appearance on "The O'Reilly Factor."

The most incendiary optics, however, came by way of Fox Business host Eric Bolling, who spent a chunk of his program last night painting a picture of Obama as aloof and out of touch. During one bewildering stretch, he insisted that Obama would spend the trip with his wife "spreading suntan lotion on each other" and "sipping caipirinhas on Air Force One -- our Air Force One -- while Rome burns."

The Daily Beast's Mac Margolis comes to the president's defense, pointing out that Latin America -- and Brazil, in particular -- is a strategically important region that's vital to the United State's economic well-being, both now and in the long-term:

At a time when global markets are still struggling, Latin America may be one of the few sources of good news for recovering U.S. economy and a rare opportunity to tap new alliances... Critics fault Obama for a trip that will produce no new treaty and no bold policy initiative for the region... But in a way, his visit is confirmation of a region on the rise.

Likewise, liberal radio host Leslie Marshall lambasted conservative attacks on the president, pointing out that the trip has been scheduled for months.

Despite scant evidence that the president will be reclining beachside, piña colada in hand, there's little indication that this conservative media narrative will cool in the coming days.