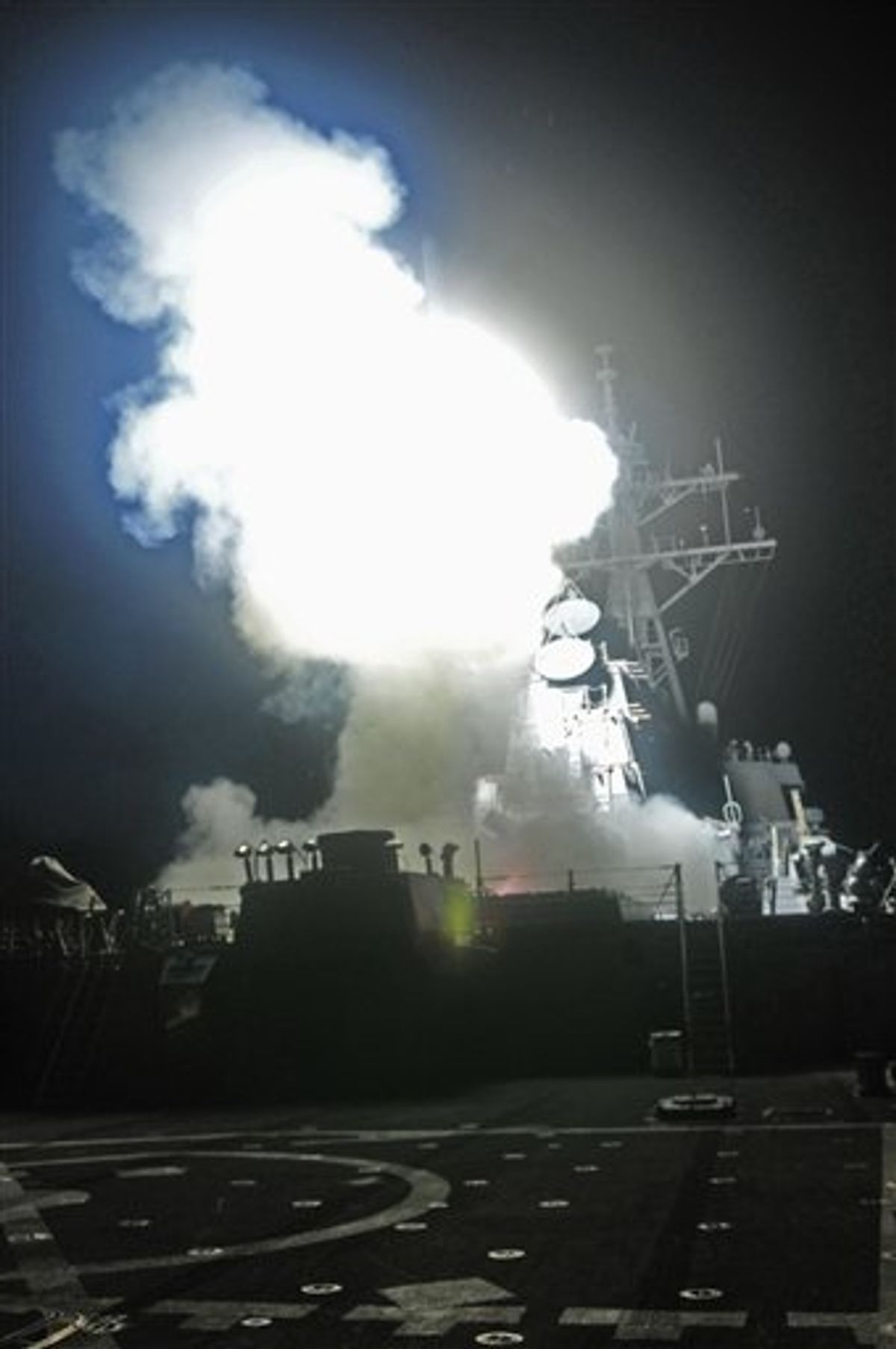 This Saturday, March 19, 2011 photo provided by the U.S. Navy shows the Arleigh Burke-class guided-missile destroyer USS Barry (DDG 52) as it launches a Tomahawk missile in support of Operation Odyssey Dawn from the Mediterranean Sea . The U.S. fired more than 100 cruise missiles from the sea while French fighter jets targeted Moammar Gadhafi's forces from the air on Saturday, launching the broadest international military effort since the Iraq war in support of an uprising that had seemed on the verge of defeat. (AP Photo/U.S. Navy, MC3 Jonathan Sunderman) (AP)
--

The U.S. and European nations pounded Moammar Gadhafi's forces and air defenses with cruise missiles and airstrikes Saturday, launching the broadest international military effort since the Iraq war in support of an uprising that had seemed on the verge of defeat. Libyan state TV claimed 48 people had been killed in the attacks, but the report could not be independently verified.

The longtime Libyan leader vowed to defend his country from what he called "crusader aggression" and warned the involvement of international forces will subject the Mediterranean and North African region to danger and put civilians at risk.

The U.S. military said 112 Tomahawk cruise missiles were fired from American and British ships and submarines at more than 20 coastal targets to clear the way for air patrols to ground Libya's air force. French fighter jets fired the first salvos, carrying out several strikes in the rebel-held east.

President Barack Obama said military action was not his first choice and reiterated that he would not send American ground troops to Libya.

Anti-aircraft guns could be heard firing overnight in Tripoli.

Libyan TV quoted the armed forces command as saying 48 people were killed and 150 wounded in the allied assault. It said most of the casualties were children but gave no more details.