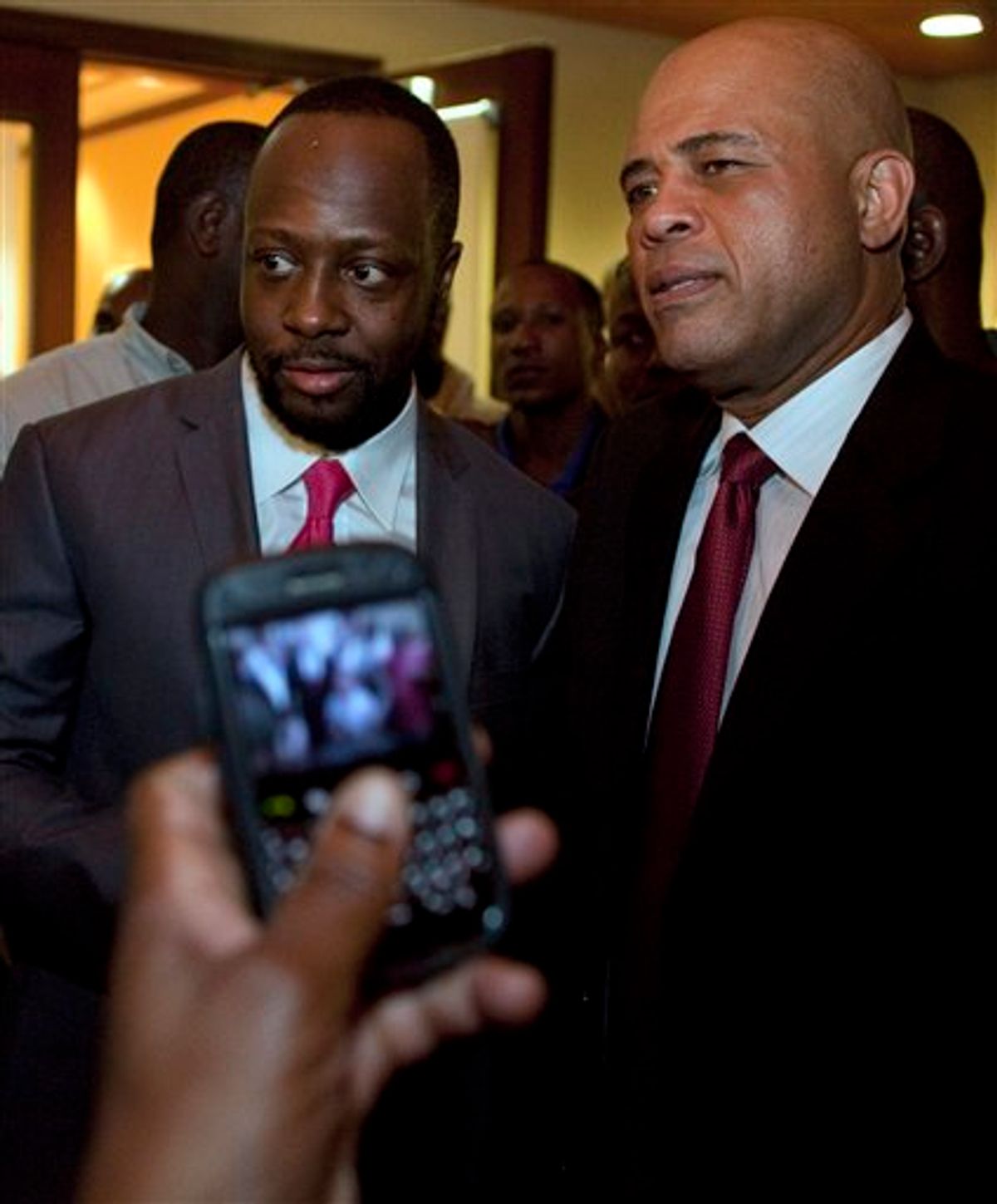 A person takes a photo with a mobile phone of Haiti's presidential candidate Michel Martelly, right, and Haitian-born singer Wyclef Jean after a press conference in which Jean announced his support on Martelly's run for the presidency in Port-au-Prince, Haiti, Wednesday, Feb. 16, 2011. (AP Photo/Ramon Espinosa) (AP)
--

A spokesman for Wyclef Jean says the hip-hop star has been released from a hospital after being treated for a gunshot wound to his hand.

Joe Mignon, senior program director for Jean's Yele Foundation, says Jean was shot in the hand after 11 p.m. local time Saturday in the city of Delmas, just outside Port-au-Prince.

Jean's brother, Samuel, confirmed the musician was shot. Neither he nor Mignon had additional details.

The shooting comes on the eve of presidential elections in Haiti. Jean is supporting fellow musician Michel Martelly.

A spokesman for the Haitian National Police could not be immediately reached for comment.