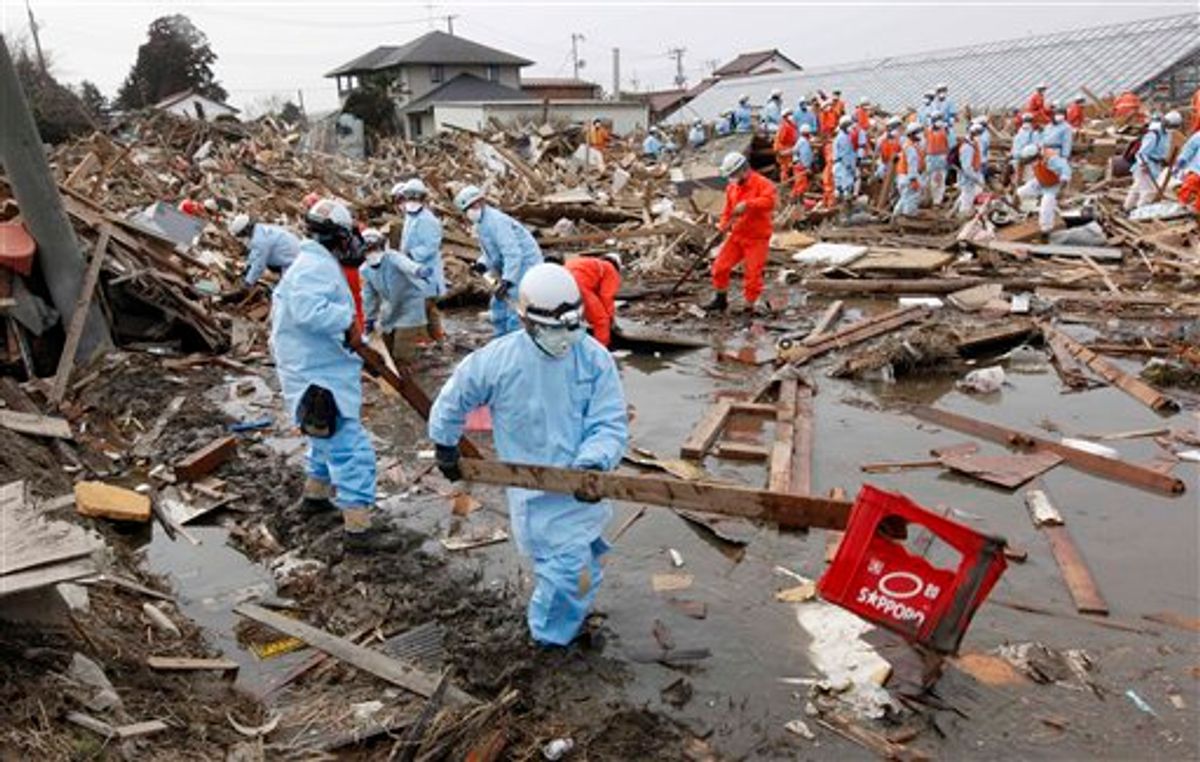 Rescuers sift through the remains of a property in the suburb of Natori, Miyagi Prefecture, Japan, Sunday, March 20, 2011 after the March 11 earthquake and tsunami devastated the area. (AP Photo/Mark Baker) (AP)
--

The plan was suspended later Sunday after the plant's operator said the reactor had stabilized. The option is still possible if pressure rises, possibly as a result of the pumping of seawater to reduce temperatures.

Progress was reported in reconnecting two out of six crippled Fukushima reactors to the electric grid to pump seawater, cool them and replenish depleted pools for spent nuclear fuel.

Japan's police agency says more than 8,400 people are dead and nearly 13,000 are listed as missing after last week's earthquake and tsunami.

A week after the disasters devastated the northeast coast, the National Police Agency said Sunday that the number of bodies collected so far stood at 8,450, while 12,931 people were listed as missing.

The toll has been steadily rising as searchers find bodies in the wasteland left behind by the 9.0-magnitude quake and the massive tsunami it unleashed. At the same time, the number of missing has risen as survivors and relatives come to terms with the twin disasters and contact police regarding loved ones who remain unaccounted for.

The two lists may overlap. Many of the bodies collected so far have not yet been identified, police say. So it is possible many of the unidentified bodies will match names on the missing list once their identities are confirmed.