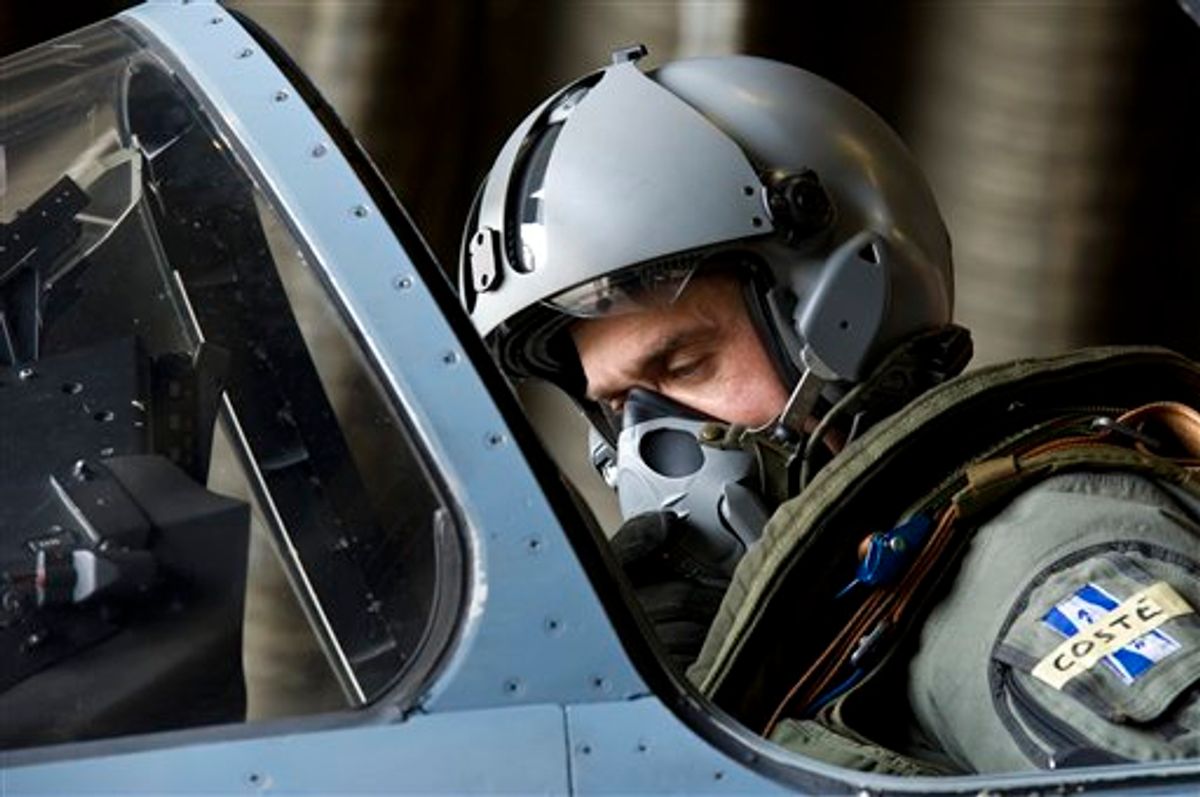 This photo provided by the French Army shows pilot preparing to take off in a French Mirage 2000 jet fighter at the military base of Dijon, central France, Saturday, March 19, 2011. Top officials from the United States, Europe and the Arab world have launched immediate military action to protect civilians as Libyan leader Moammar Gadhafi's forces attacked the heart of the country's rebel uprising. The Mirages 2000 are operating in Libya. (AP Photo/ Anthony Jeuland; SIRPA AIR) NO SALES (AP)
--

NATO's top decision-making body is set to decide whether the alliance will join in the strikes on Libya.

Diplomats said NATO's military planners are due to present final action plans to the North Atlantic Council on Sunday. The body should then decide whether the alliance will join the coalition operation or just provide logistical, intelligence and other support to the nations taking part in the intervention.

Several NATO governments have indicated they would not participate in aerial attacks, pointing out that the alliance is already heavily engaged in the war in Afghanistan.